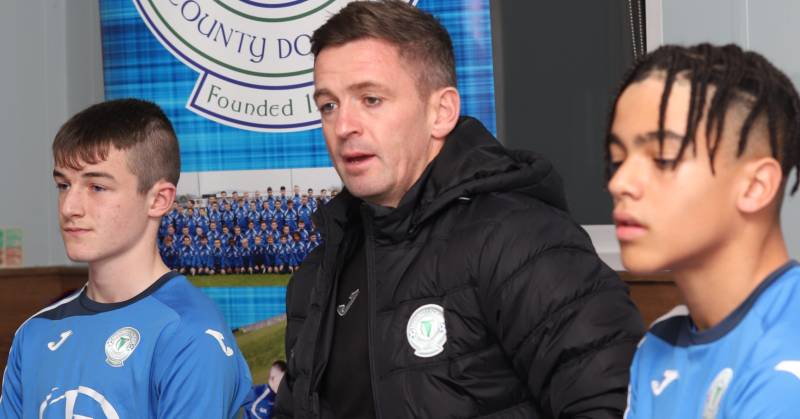 Finn Harps u14s and u15s will both be eyeing silverware this Saturday in their respective National Cup Finals when they travel to Athlone.

McHugh, who is also the Head of Finn Harps Academy, said: “We’re the only club with two teams in the final, it’s nice for the academy.

“Both squads had a really strong year in terms of development and how they’re playing and progressing.”

U15s coach Éamonn Curry, whose side lost in the semi-final of the league phase to Shamrock Rovers, said there’s no shame in going out at that stage and praised his side as a team throughout the season. Curry said: “For having the boys two weeks into April, having four physical weeks training, the lads have been top class.

“Their behaviour on the pitch has been good, even in terms of coming from behind in games, they’ve had no red cards, the group has been a unit.”

McHugh and Curry were joined by u15 captain Aaron McLaughlin and u14 captain Daniel Cunningham. 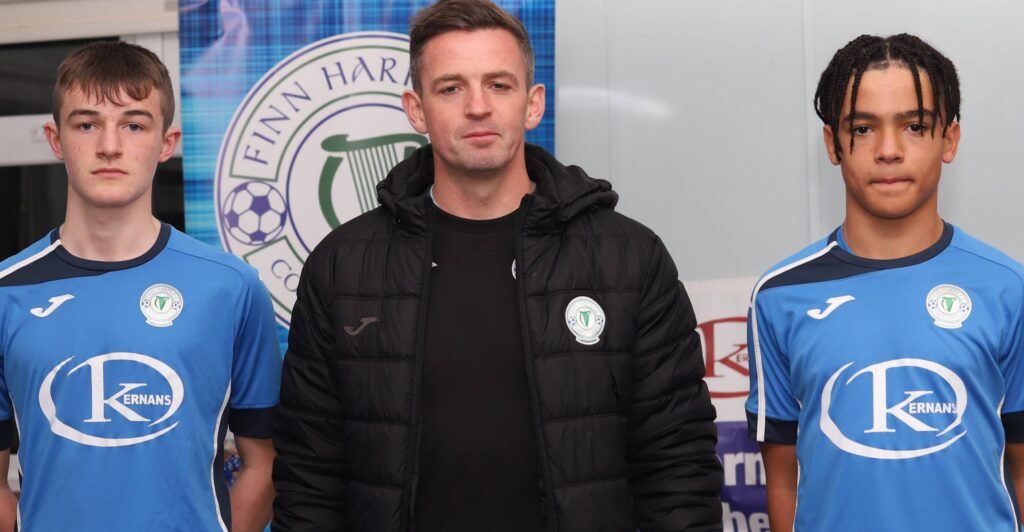 James Rodgers, Chairman of the Finn Harps Academy congratulated both teams getting to international finals on behalf of the board.

“It’s a tremendous achievement to get one team there, but to have two there is a testament to the work that’s been done, I’d like to wish both teams and their coaches and mentors the very best of luck.”

“There’s a lot of work, time and effort, resources that’s gone into it.”