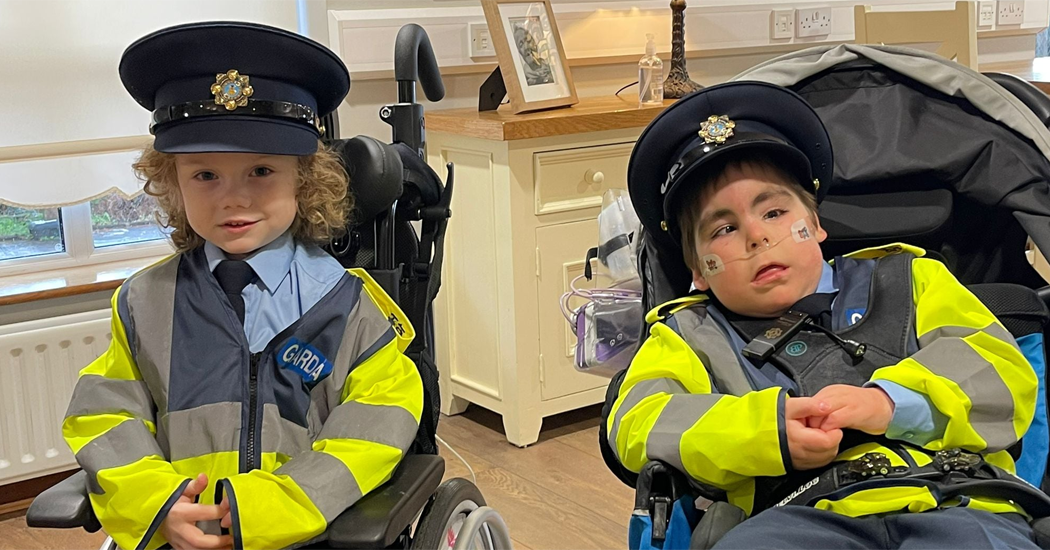 They boys were honoured for their bravery, both in the community and in their battles with illness.

Rory and Oisin were accepted to An Garda Siochana through the Little Blue Heroes initiative, which gives children with life-limiting conditions special duties in the local garda force.

The duo joined the guards during lockdown, but last weekend they got to graduate in the presence of their proud families. The boys got to meet the local squad and inspect some emergency vehicles. 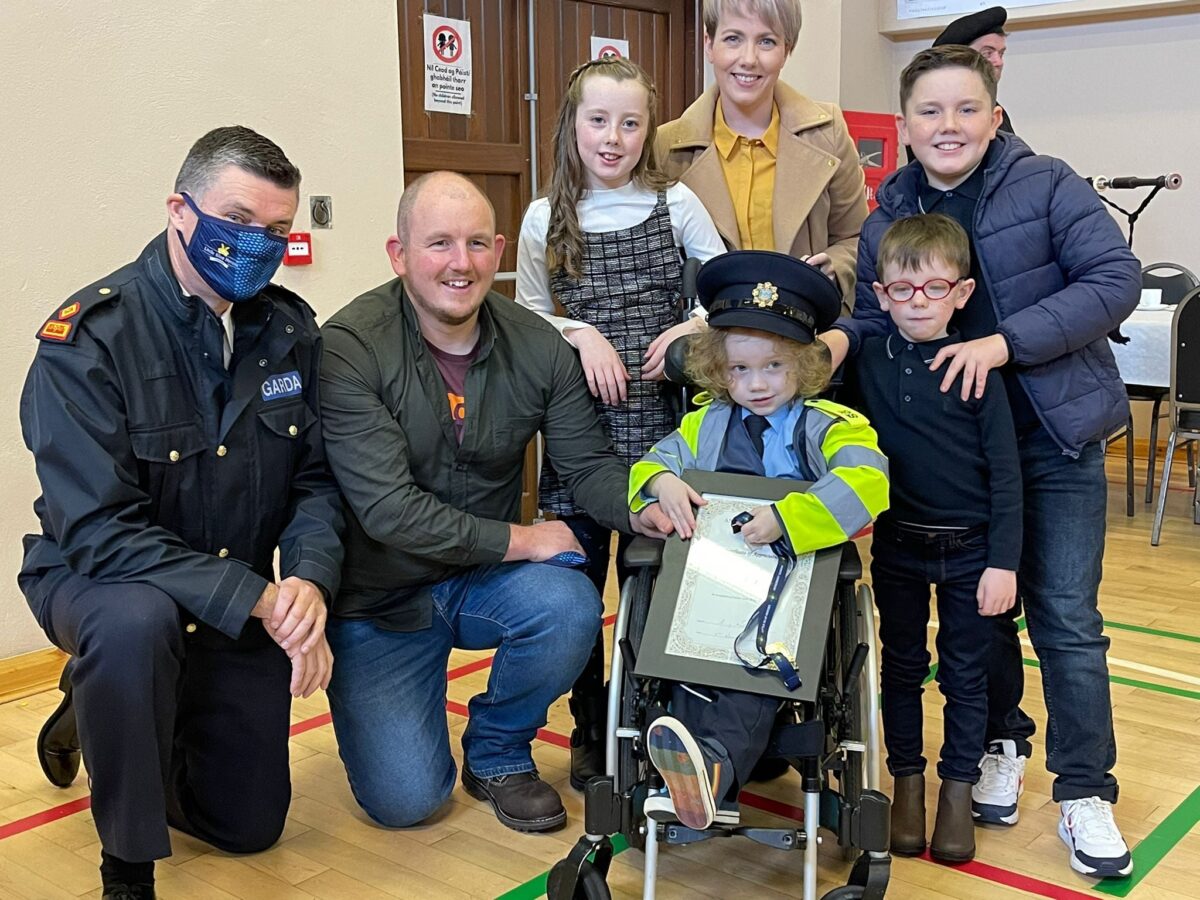 Superintendent David Kelly with Rory McDevitt and his family at the Bunbeg graduation. Photo: An Garda Siochana Donegal 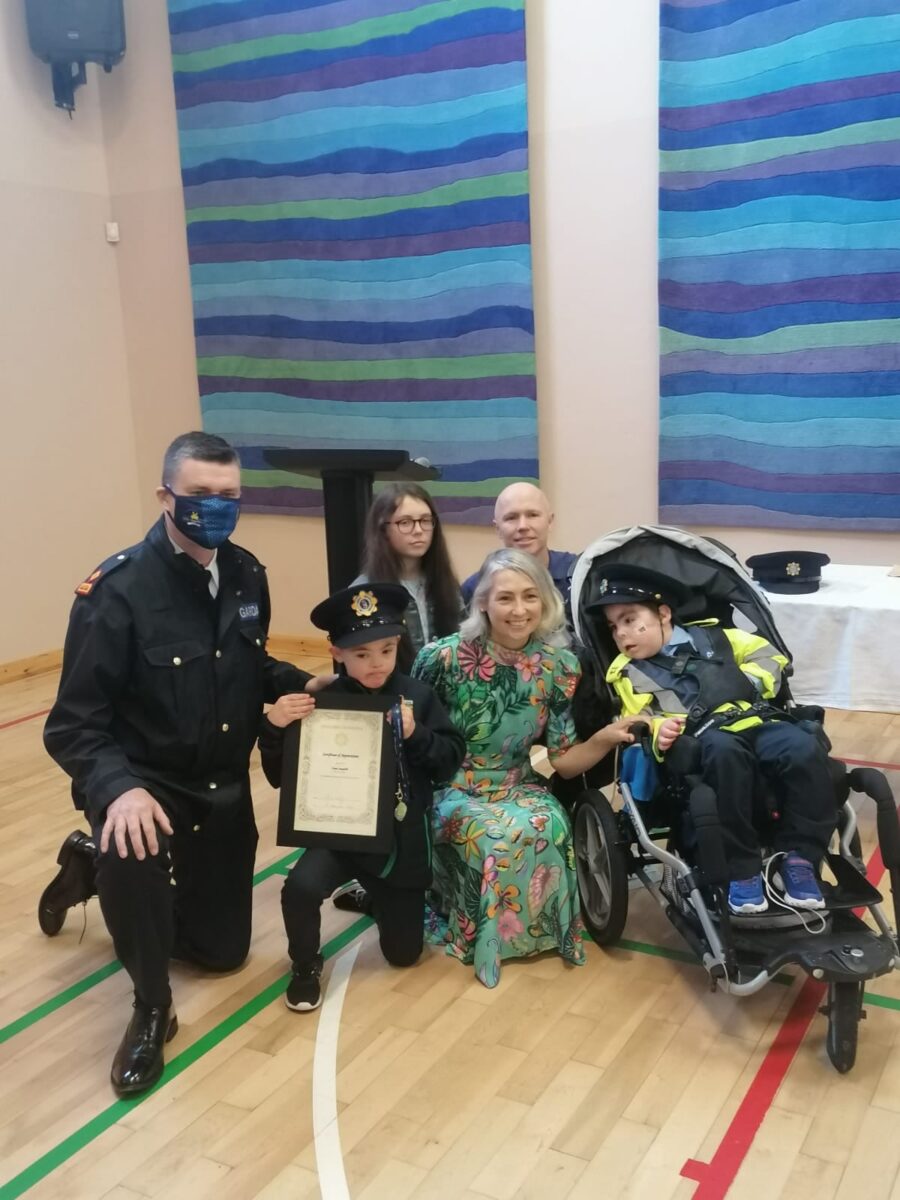 Superintendent David Kelly with Oisin Campbell, his brother Donal and family at the Bunbeg graduation. Photo: An Garda Siochana Donegal

The event wasn’t without mischief, however, as according to gardaí, Oísin’s older brother Dónal had to take matters into his own hands and was placing the handcuffs on poor Superintendent Kelly, mistaking him for a bad guy!

“A great day was had by everyone thanks to all the local businesses and everyone who made this such memorable day for our heroes,” said a garda spokesperson.