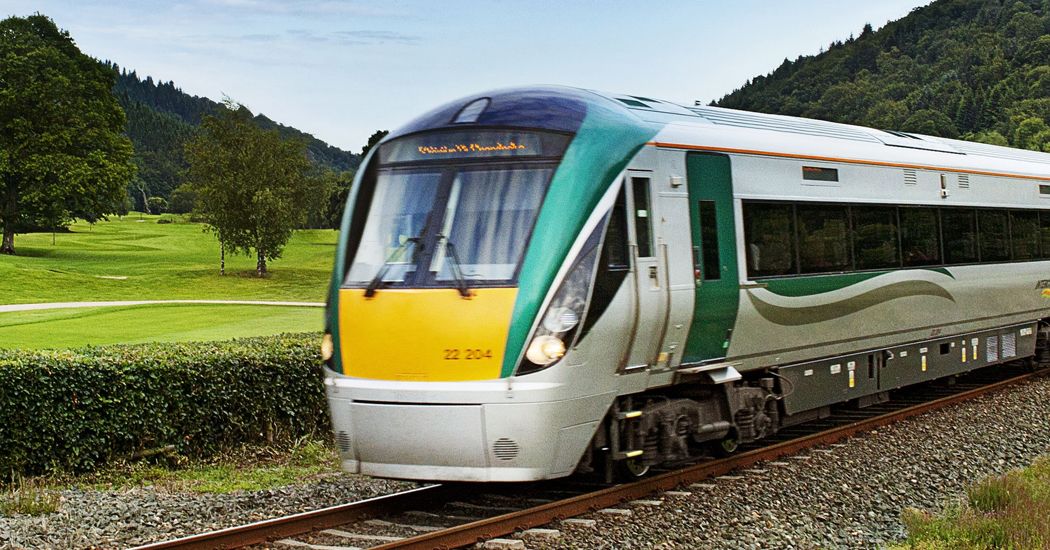 Donegal Deputy makes the case for return of rail

Donegal Sinn Féin TD, Pearse Doherty, has said it is about time that a rail network connected Donegal to other counties.

During a Dáil debate on rural transport infrastructure, Teachta Doherty also raised the high number of cancellations of the Bus Éireann Route 30 from Donegal to Dublin.

Teachta Doherty said: “Taking a map of our island and following the route to Donegal, a person is lucky if he or she is setting out on that journey from Dublin because there will be a motorway for the first 30 minutes of it.

“After that, however, the drive will be on a mix of national and secondary roads, often winding, poorly lit roads in dire conditions.

“If one is going to where I am from, Gweedore, or somewhere on the Inishowen Peninsula, the journey will take four and a half or possibly up to five hours. Is it any wonder that our towns and villages in rural Ireland are suffering and failing to retain talent and attract investment? The infrastructure to support the north west and other parts of rural Ireland is simply not there.

“Donegal is one of only three counties in this State that do not have access to rail services. The last time a train travelled through Donegal, my mother was a teenager.

“I welcome the indication by the Minister, Deputy Eamon Ryan, that a rail network to the north west, as he termed it, is doable. It is long overdue.

“However, any railway to the north west must directly connect the region to Donegal via stops along the way, whether in counties Tyrone, Monaghan or Meath. That is the vision and ambition the north west needs. Investment in rural transport and infrastructure must also include investment in bus services.

“Last week, I raised the issues with the Bus Éireann route that connects Donegal town to Dublin.

“It was cancelled 183 times in the past two years. One could not make that up – 183 times cancelled. That is happening without warning and often without proper notice via Bus Éireann. People are standing on the side of the road in the dead of night with no idea whether the bus will show. Constituents have contacted me and have told me how they have missed flights and appointments.

“This Government is launching another flashy brochure about major investment in new rural bus services and people are literally standing at the side of the road wondering if the bus will turn up. Some 183 times in the past two years, it has failed to do so.

“I ask the Taoiseach for an urgent review of route 30 with Bus Éireann to resolve these problems.