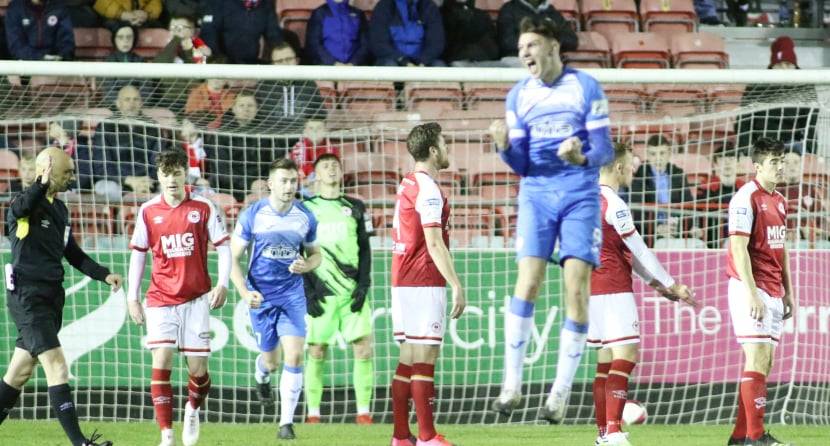 10-man Finn Harps hung on to get a 2-2 draw with St. Patrick’s Athletic at Richmond Park in the Premier Division.

Seán Boyd scored twice in the first half before Kosovar Sadiki was sent off for a second yellow for kicking the ball at Darragh Burns with 10 minutes to go.

The point leaves Harps on 41 points, 1 point ahead of Waterford FC with the Munster side having a game in hand versus Longford Town tomorrow, Saturday 13th November.

The home side took the lead after a quarter of an hour as Jamie Lennon played a ball over the top to Darragh Burns. The winger cut back and crossed to Billy King who slotted the ball into the bottom corner.

Harps equalised a minute later as Boyd did well to win a free-kick 25 yards out. The Dublin striker took the resulting free-kick and hit it through the wall and past the stranded Josh Keeley. 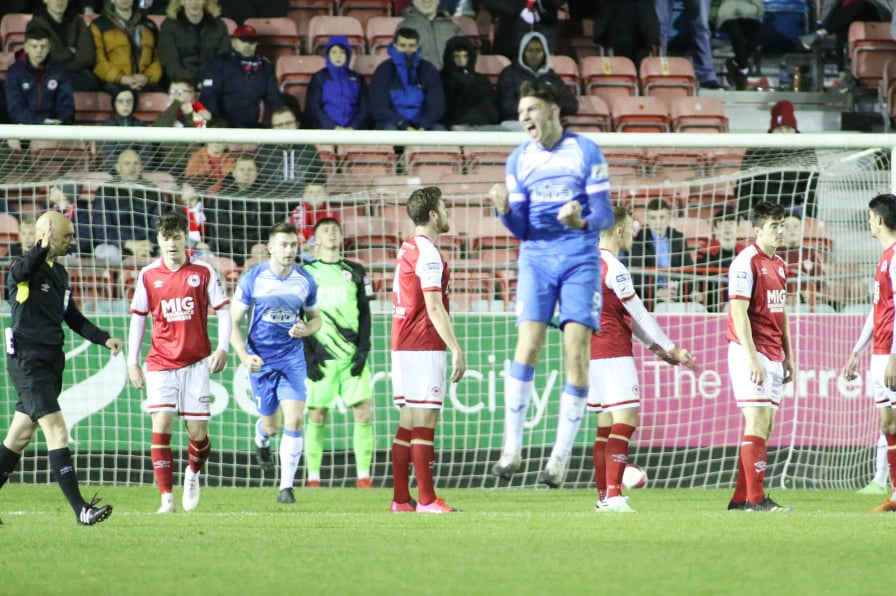 The Ballybofey side went ahead on the 20th minute as Barry McNamee put a fantastic cross into the box and Boyd was the man in the right place as his header went into the top corner. 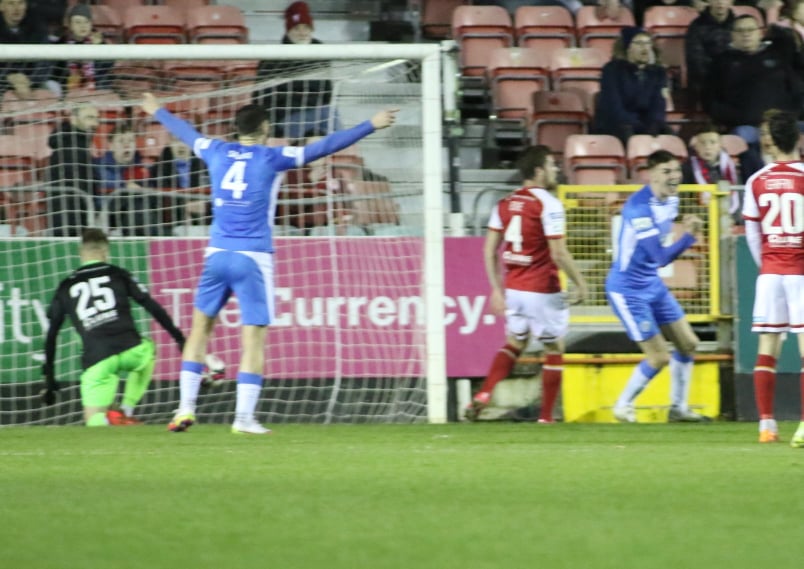 However, the lead only lasted 2 minutes when Burns passed to Lennon who floated the ball over the Harps defence and Burns’ brilliant run was rewarded as he got his head on the end of the pass and his header went over McGinley into the Harps net.

The games hectic pace died down as chances were scarce before half-time. Mark Anthony McGinley came off injured and was replaced by Gerard Doherty before the break. 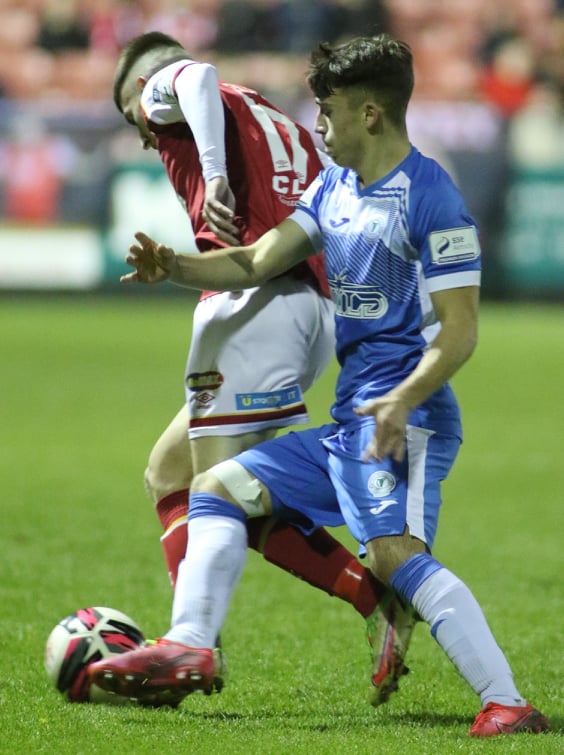 Dan Hawkins attempts to win the ball back vs St. Patrick’s Athletic at Richmond Park. Photography by Joe Boland

Adam Foley came on at the interval for Karl O’Sullivan who took a knock earlier in the game and almost scored instantly.

Foley took advantage of a St. Pat’s mistake at the back but he wasted his chance and put it wide. 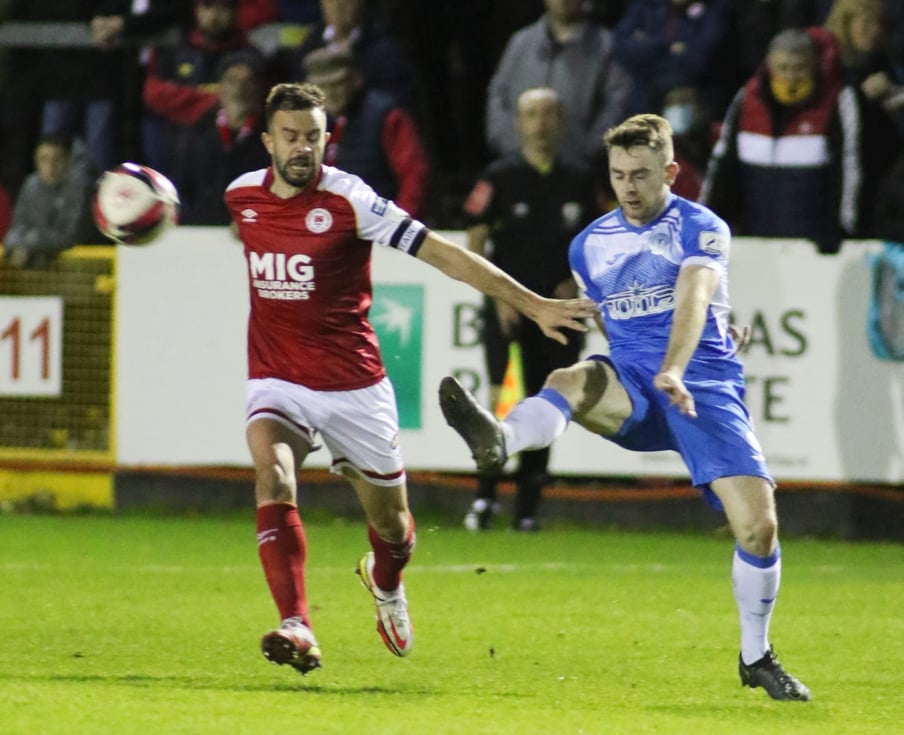 St Pat’s could’ve went ahead from a corner when the ball fell to Sam Bone. He drilled his shot low into the near post corner but his shot was saved superbly by substitute Doherty.

Dan Hawkins corner fell to Ethan Boyle at the back post but his header was blocked on the line. 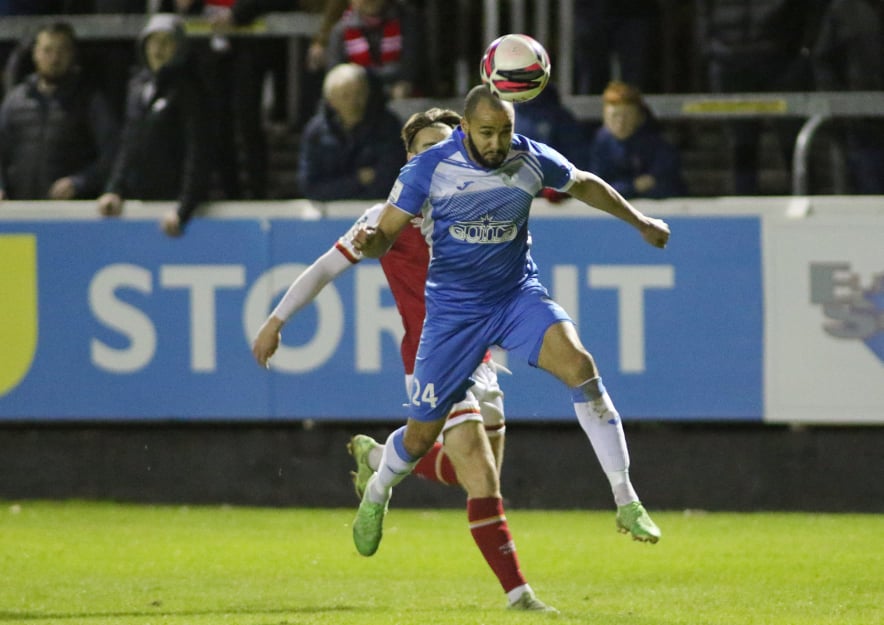 A Barry McNamee cross went past everyone and Boyd was close to connecting at the back post to complete his hat-trick.

Kosovar Sadiki fouled Burns and was at risk of a second yellow but the big defender kicked the ball at Burns in frustration and was given a second yellow.

Moments later Chris Forrester thought he had scored but Will Seymore got back well and headed his shot off the line.

Ollie Horgan was also given his marching orders by referee Neil Doyle in injury time.

St Pat’s had two late chances as they looked to make the man advantage count but Harps held firm.

Ollie Horgan’s men will have it all to play for in the last game at Finn Park versus Longford Town on Friday 19th November with their fate possibly out of their own hands as Waterford will face Harps opponents from tonight in St. Patrick’s Athletic.