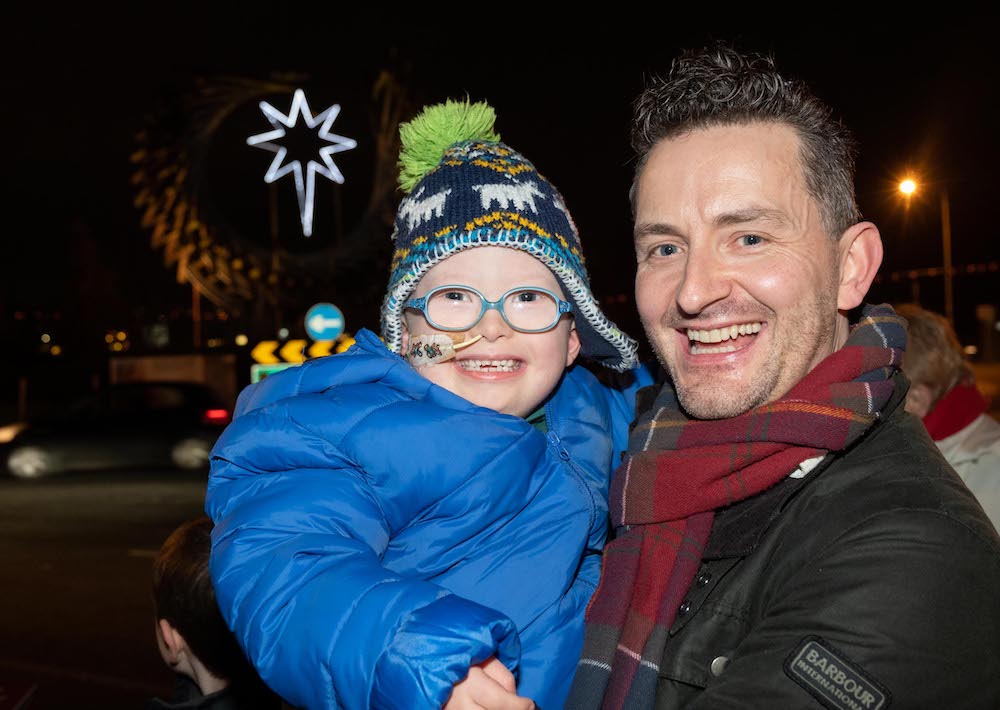 Noah (6), who also has Down’s Syndrome, was diagnosed with cancer earlier this year.

He was at the Polestar Roundabout tonight to flick the switch for Letterkenny Chamber’s giant Star of Hope! 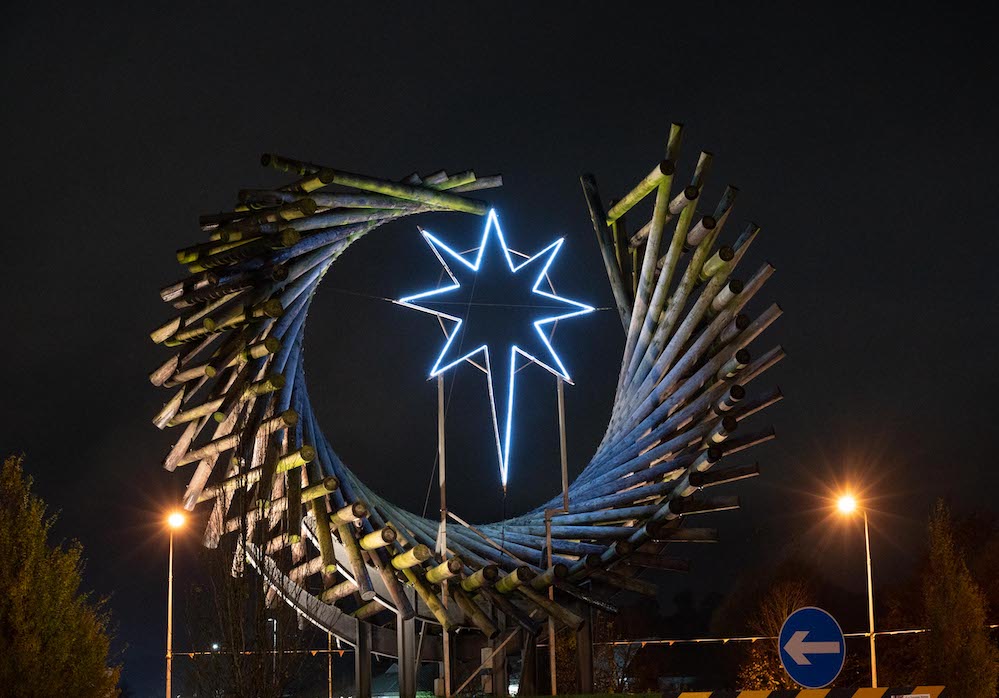 As Noah continues to battle his illness, his family organised the giant bed push fundraising effort back in August.

The 250- kilometre-long journey, from Crumlin Hospital to Letterkenny University Hospital, was in aid of nine beneficiaries that help families with children diagnosed with life-threatening illnesses. 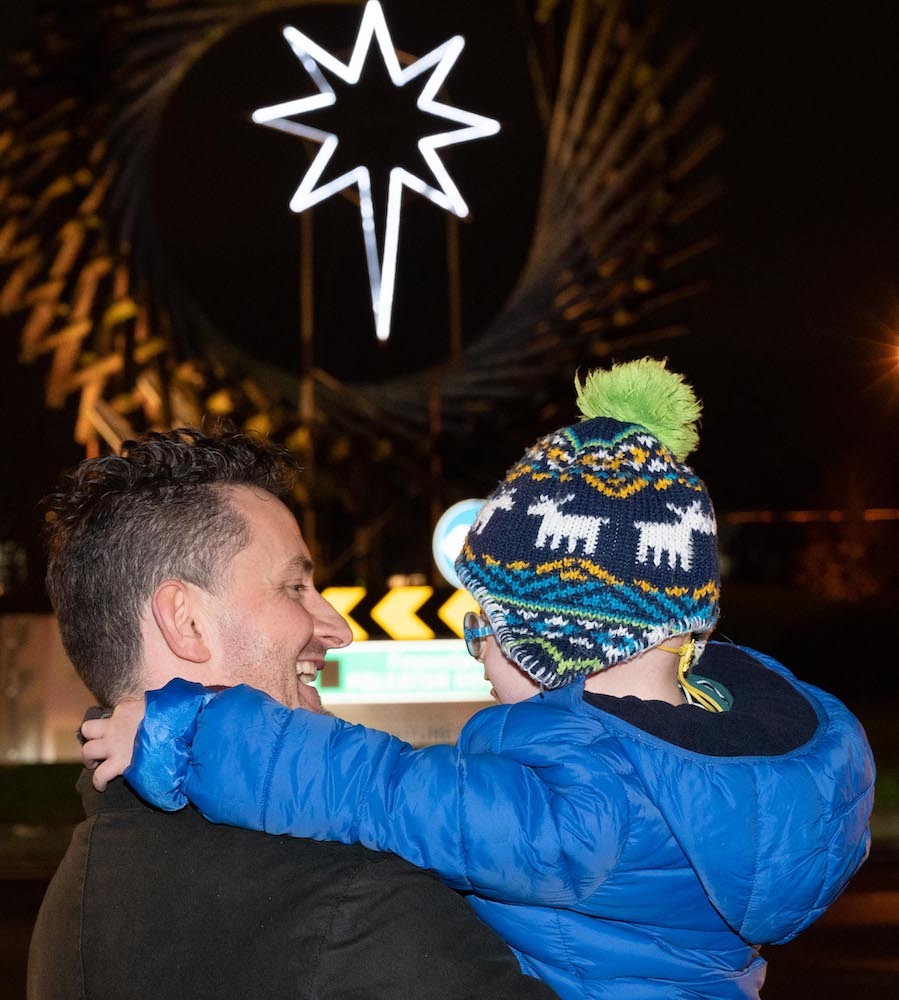 Noah and Lee admire the Star of Hope. 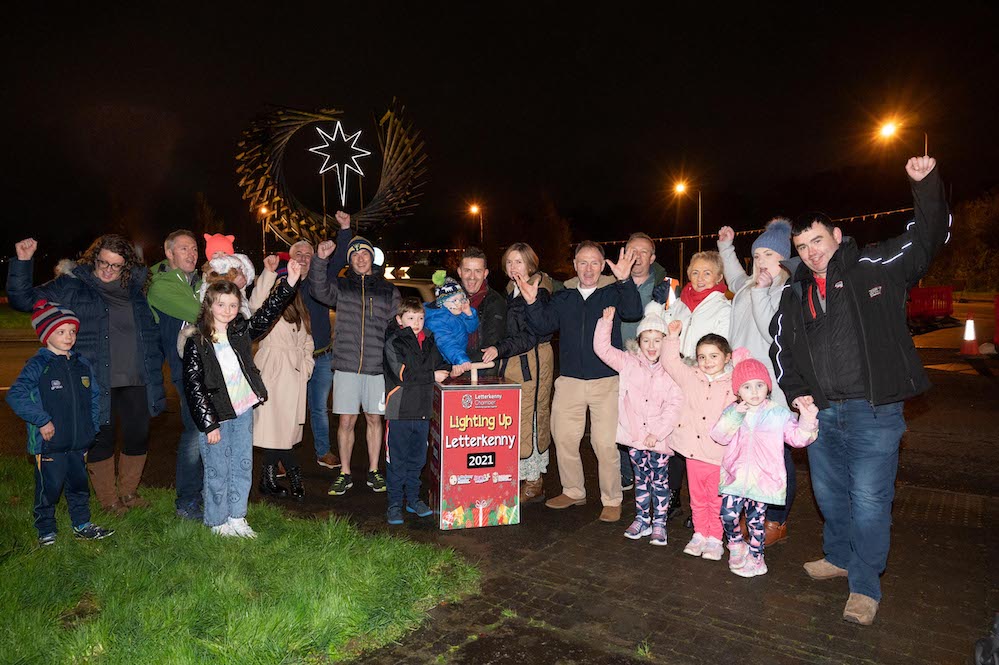 Noah Gooche with Lee, Claire and Lee, Jnr. along with chamber members and their families Switching on the Letterkenny Chamber’s Star at the Pole Star on Saturday evening. Photo Clive Wasson 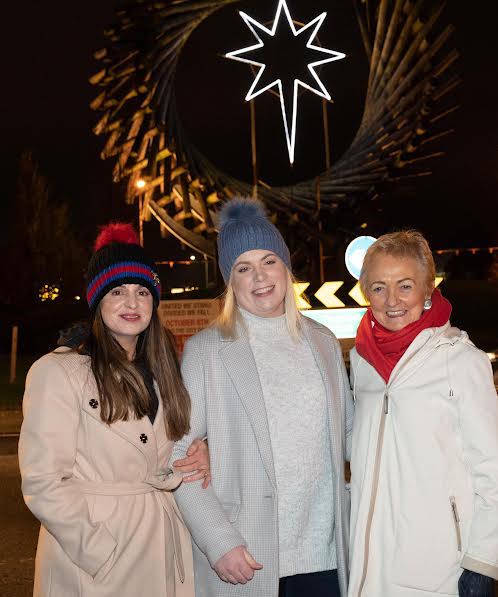