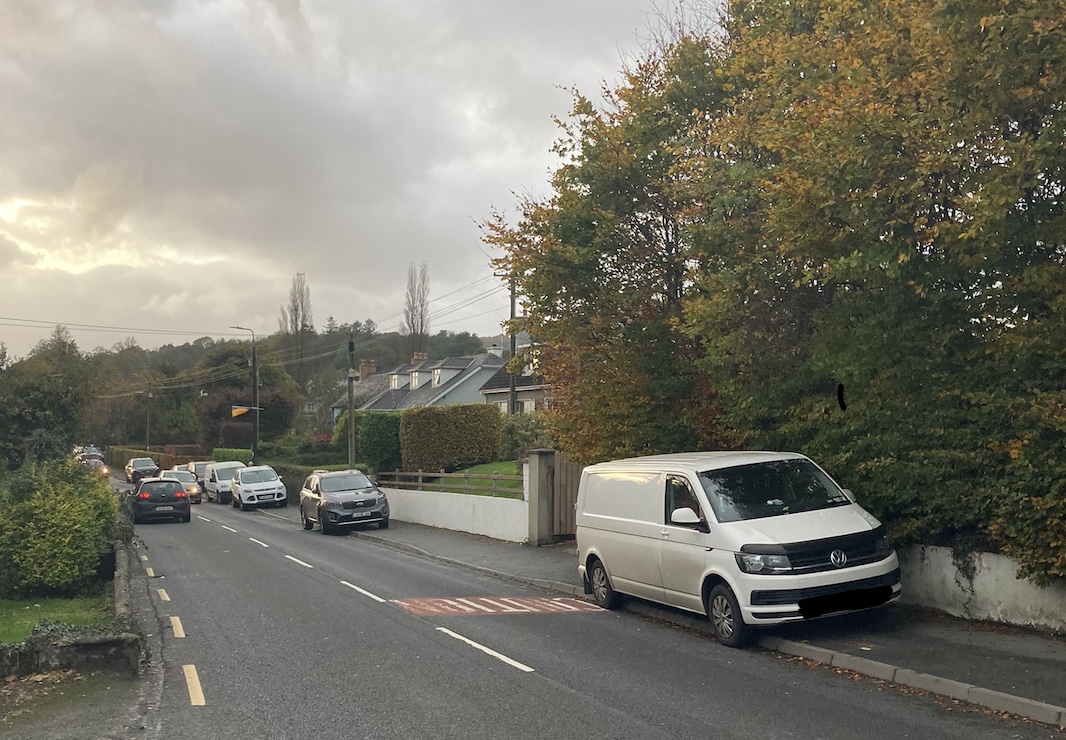 GAA supporters planning to attend today’s Intermediate football final replay at O’Donnell Park are being urged not to block footpaths around the Letterkenny venue.

Following the drawn final between Dungloe and Cloughaneely, one local resident contacted Donegal Daily to express their frustration at vehicles being abandoned on footwalks.

“I was a pedestrian on this road, the R250, during the drawn match and was forced onto the already busy and dangerous road due to a large number of vehicles parking on the whole of the walkway, blatantly ignoring Rules Of The Road,” one resident said.

“As you can see from the pictures there was also an elderly male forced onto the road with no other option and this was the case over a number of hours.” 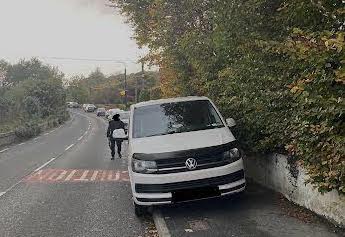 A pedestrian is forced on to the road by this illegally parked van.

The resident said it is unacceptable for pedestrians to be subjected to careless parking, adding this will only result in pedestrians and vehicles left in ‘vulnerable situations.’

“This is also a danger to young and old pedestrians using this route to get to Ballymacool Park and to Conwal Graveyard. I’m asking that the relevant authorities, GAA, Gardai and Donegal County Council, to look at possible alternative safer parking locations and urge GAA supporters not to park here due to the safety concerns involved.” 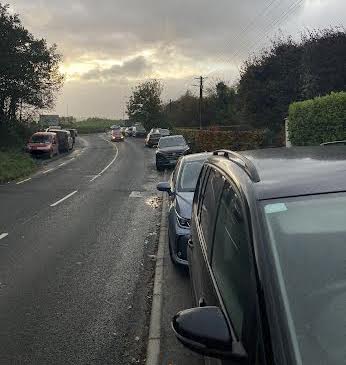 While most local authorities employ traffic wardens to enforce parking regulations and issue fines, members of An Garda Síochána also have this authority.

In addition to fixed charges for breaching parking regulations, a driver can also be liable for penalty points.

If a driver has parked in a dangerous position, they could incur ‘penalty points’ up to a maximum of (5) on conviction and a ‘fixed charge’ ranging from €80 – €120.

Earlier this year, The Road Safety Authority (RSA) and Gardai launched a new social media campaign to raise awareness of the issue of illegal parking on footpaths and cycle lanes.

The campaign is entitled ‘If you don’t move, then neither can we’.