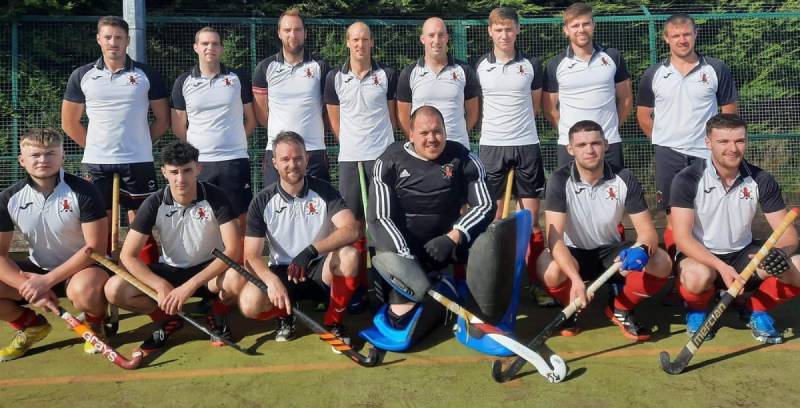 Raphoe come from behind to move ahead of Newry

After a tough few weeks, Raphoe finally got back to winning ways with a superb 2-1 victory at home to Newry.

1st quarter was an evenly fought contest, both teams trying not to concede the first goal. Newry had most of the possession but Raphoe had the majority of the chances and were disappointed not to finish the quarter in the lead, Jake Watt, Matthew Lecky and Tom Eaton all going agonisingly close but on each occasion denied by the Newry stopper.

Coach Jonny Long encouraged the team to press forward, a good strong run from Timmy Porter soon followed, with him being fouled and the Newry defender sin binned , Raphoe now had another chance from a penalty corner and thought they had taken the lead after good work from Simon Goudie and Matthew Lecky, but the goal was disallowed.

3rd quarter saw Raphoe start to get a bit sloppy, possession given away on numerous occasions and the inevitable happened, poor marking allowed a Newry forward to get through on goal and switch a clever pass to his team mate to deflect into an empty goal, a massive blow to Raphoe right at the end of the third quarter.

Raphoe started the final quarter with the eleven which started the game and pushed for an equaliser right from the start. It only took a couple of minutes as Raphoe looked to have a new lease of life, George Patterson and James Wilson in midfield for Raphoe drove at the Newry defence, Patterson winning a free which was taken quickly by Jordan Devenney who found Alan Meehan advancing from defence, Meehans pin point pass found Patterson who swivelled past a Newry defender and riffled the ball past the hapless keeper, game on for Raphoe, twelve minutes remaining.

It was clear to see Raphoe wanted all three points, Lecky, McKnight & Devenney now playing higher up the pitch. Raphoe bombarded the Newry defence but couldn’t find a way through and very nearly fell behind when caught out by a Newry counter attack, only for last ditch defensive tackles, blocks and a save form Raphoe keeper David Moore. 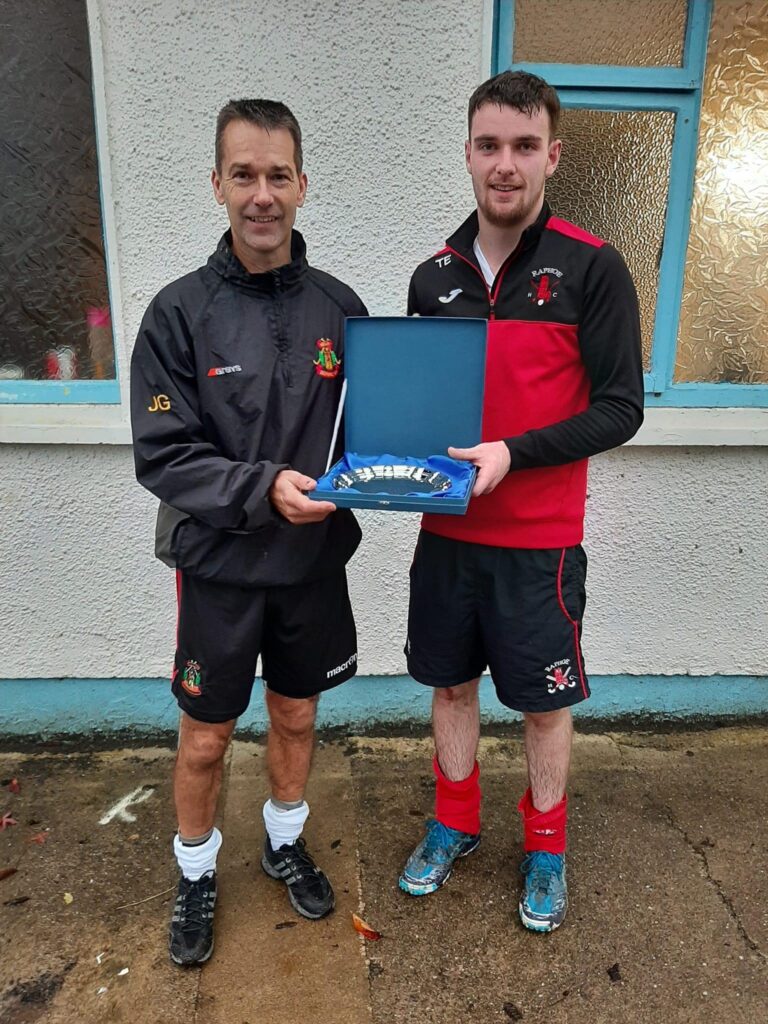 Then came the fireworks, two minutes to go, a foul on a James Wilson resulted in a small brawl between players, the umpire finally awarding a red card to a Newry midfielder. Raphoe capitalised straight away with the goal of the game, a penalty corner routine started by Tom Eaton was finished superbly into the top corner by Simon Goudie after another assist by Alan Meehan. A deserved three points for Raphoe before another tough home game next week against Kilkeel.
Newry hockey club very kindly presented Raphoe with a silver plate in memory of the late Richard Eaton.

Raphoe come from behind to move ahead of Newry was last modified: November 14th, 2021 by Dáire Bonnar
Facebook0Tweet0LinkedIn0Print0