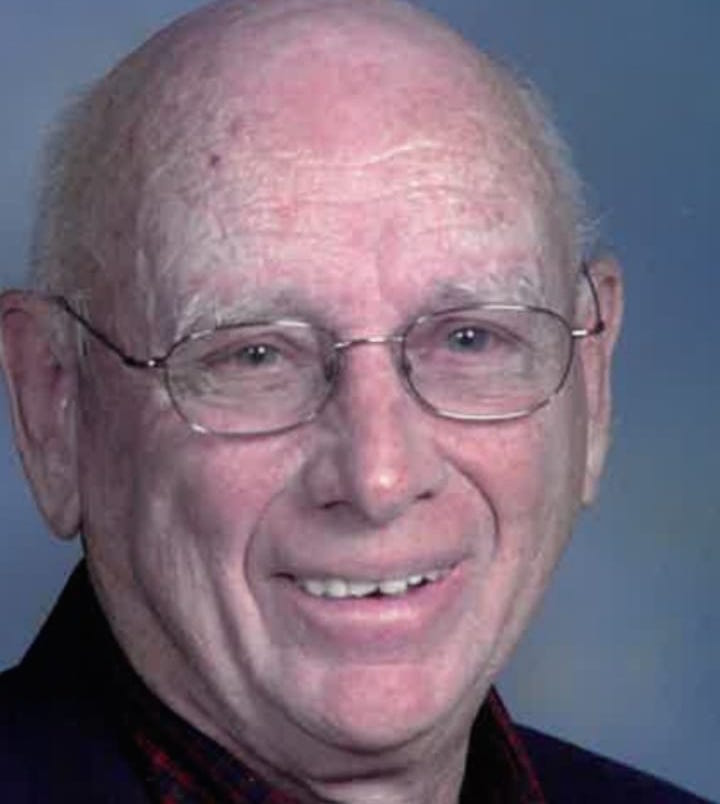 One of Letterkenny’s oldest and much-loved citizens passed away last week after living a life full of adventure and love.

Pat Docherty was born on 19th April 1930 the second son to Francis and Mary Docherty in Blackburn, England.

When his sister Kay was born in Scotland 4 years later (in 1934) his father died suddenly at the tender age of 34 years and his mother Mary returned with her three young children to live with her mother Cassie Gallager in Lower Main Street, Letterkenny. [His mother later remarried and had two sons James and Tommy and they moved to 27 Lower Ard O’Donnell, Letterkenny].

Pat attended the local Christian brothers school with his brother Charlie and when he was 13 yrs old he worked in McMenamin’s vegetable shop at Upper Main Street, in the same location where the Quiet Moment restaurant is located today.

From there he worked as a ‘Boots’ boy in the Carrigart Hotel before travelling to Dorset to work in hotels. Following this he went to Southampton at the age of 15 years) where he boarded his first cruise liner travelling to Jamaica.

This first voyage was the beginning of an exciting career that would take him all over the world on some of the most famous cruise ships ever built. [One of the cruise ships was called the SS Camito in which his brother Charlie coincidently was a welder during its construction prior to 1956].

Pat proudly displayed photographs of all these magnificent cruise ships on the wall of his apartment.

When he left the work on the cruise ships he lived and worked in the hospitality trade in various parts of the United States. New York, Philadelphia, California. He was the perfect host to many of his relatives who came to visit him in the states. He took pride in showing them the many tourist attractions in the US.

His final move was to Florida before returning to Letterkenny in 2008.

During his time living in the US he regularly sent parcels home to his sister Kay in Ballymacool with her ever increasing family.

Pat came home most summers meeting up with his brothers and sister and nieces and nephews and enjoyed all the attention as ‘the visiting American uncle’. He often travelled to Scotland to keep in touch with Charlie and Marie and family and his many cousins in Clydebank and Glasgow.

Pat had many interests and hobbies which included golf, stamp collecting, doing puzzles and crosswords.

For the past 13 years he has resided in the Quiet Moment apartments owned by his nephew, Brendan and wife Sharon.

Since returning to Letterkenny to live, Pat has become well known around the town. He enjoyed a few nights in Blakes bar where he loved the notoriety of being the oldest patron and he loved the attention. More recently passers-by would wave up at him as he looked out from his apartment window.

Pat loved life, he enjoyed the company of others even but being a perfectionist he didn’t suffer fools gladly. Since he stopped driving about 6 months ago, he had Johnny going from shop to shop to get very specific groceries and at the right price!

Pat had a relatively long healthy life up until 2 months ago and on being admitted to Letterkenny hospital a week ago his health deteriorated.

When it was clear that he was not going to recover he made arrangements to say goodbye to his family and friends, received his final blessings and passed away peacefully surrounded by his nieces and nephews on Thursday morning.

He will be sadly missed by his only sister Kay, brothers James and Tommy, sisters in law, Grace, Eileen and Marie; many nieces and nephews, grandnieces and grandnephews (in Ireland, New Zealand, Australia, England and Scotland) and a wide circle of family and friends.