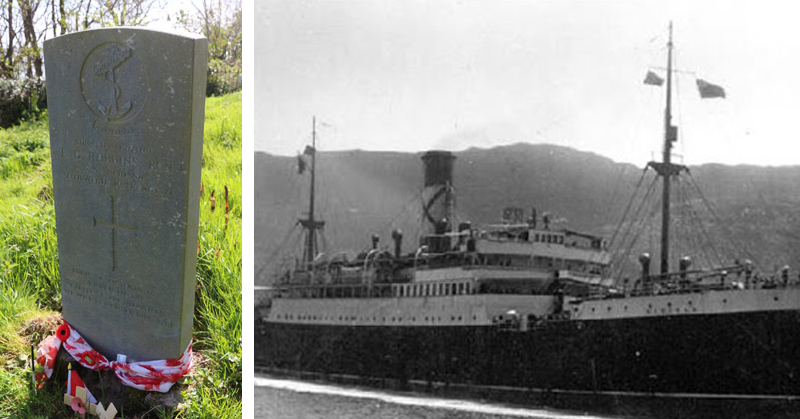 Search underway for family of Canadian sailor buried in Dunkineely

A Donegal man has launched an international search for the family of a fallen sailor from Canada.

Sub.-Lt. Edward Gorton Robbins was killed in action while serving with the Royal Canadian Navy during WW2. He was 21.

His grave lies at Killaghtee Old Graveyard in Dunkineely.

Local James Stewart found the grave a few years ago and has taken to looking after it.

“It is just a small token of respect,” said Stewart. “I often wondered if he had family still alive and if anyone had made the long journey to visit his grave. One visit, I was surprised and delighted to see a scarf and some gifts from Canada at his headstone.” 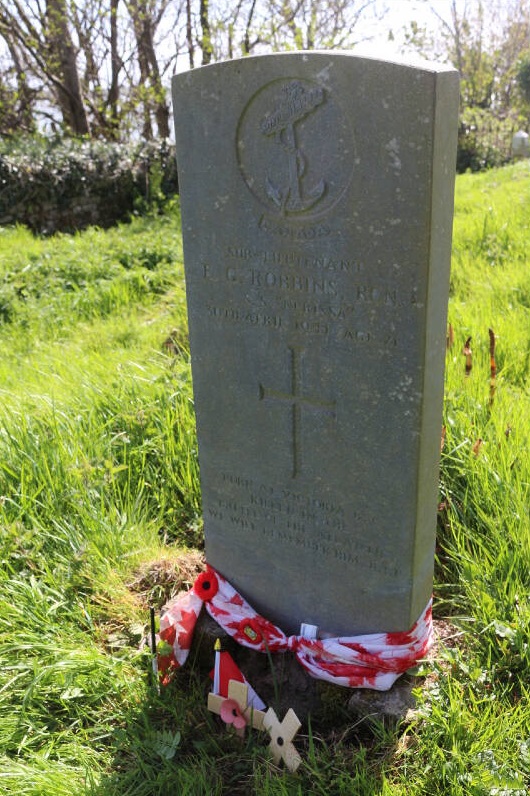 Stewart is now looking for the family, who were from the Victoria area of British Columbia.

Robbins served aboard the SS Nerissa, which met its fate on April 30, 1941 when it was sunk by German U-Boat U-552. Robbins’ body eventually washed up on shore near the village of Dunkineely on Donegal Bay on July 5 of that year.

If you know anything about Robbins family, please contact Stewart at rcjstewart@gmail.com.

Dunkineely Community Ltd. is very fond of the Old Church and Graveyard and recently applied to the Adopt A Monument scheme on behalf of DCL, our local Churches and our community, to get the site registered and helped.