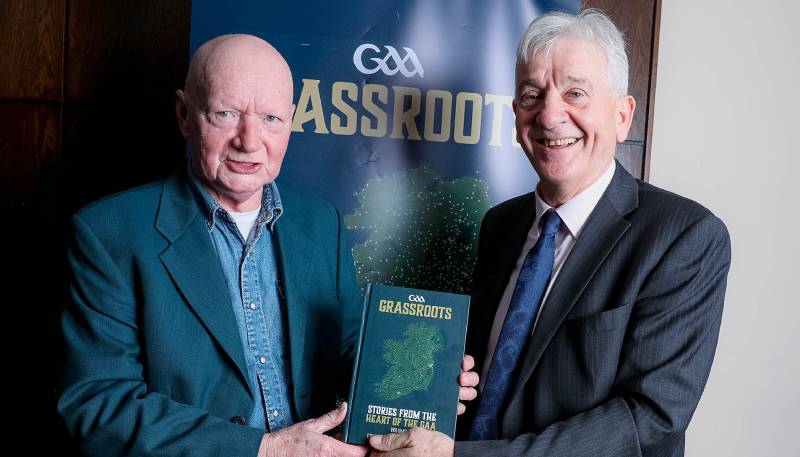 Donegal GAA fans have been told a new publication on life within the Association highlights the ‘madness’ which joins them together.

Uachtarán Chumann Lúthchleas Gael, Larry McCarthy, was speaking as he launched ‘Grassroots – Stories from the Heart of the GAA’ at Croke Park.

According to the GAA President, the Association has always been about more than just games.

“The reach and influence of the GAA and the focal point it provides in so many communities ensures it has attained a special status in the lives of so many.

“Half of the stories in ‘Grassroots’ are mad, but that is what the GAA is all about, at some level, is it not?

“In truth, this little bit of madness in our lives is what joins us together so well.

“‘Grassroots’ is about the embellishment and enrichment of great deeds and great figures in the GAA.

“There is a story about a boy playing in a camogie match, which led to a car chase in a bid to capture him. That is a bit mad for sure.

“And of a player standing on a crossbar in the last minute of a match to stop Tyrone football great Frank McGuigan kicking a 35-yard free to win a game in New York’s Gaelic Park.

“That’s mad too, but is indicative of the particular madness that is part and parcel of what we are.

“The GAA is essentially about people and places and these two powerful ingredients feature in many of the stories submitted for publication.”

This theme was amplified by Cunningham, who said the power of the GAA was that “ordinary people come together to do extraordinary things for their communities”.

Grassroots – Stories from the Heart of the GAA’ is published by Ballpoint Press and retails at €19.99.  It is available online and in bookshops.

‘GAA’s little bit of madness joins fans from all counties together’ was last modified: November 17th, 2021 by Dáire Bonnar
Facebook0Tweet0LinkedIn0Print0