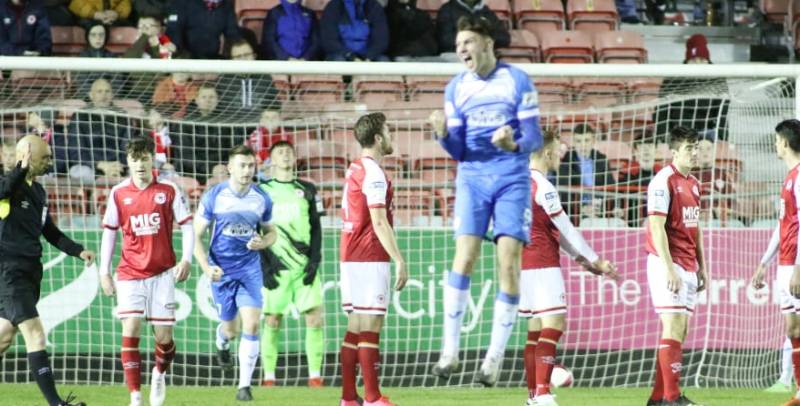 All to play for as Finn Harps host Longford Town

Finn Harps take on Longford Town in their final league game of the 2021 season at Finn Park tonight at 7.45pm.

Harps are currently level on points with Waterford who are in the relegation play-off spot, but with a superior goal difference, Ollie Horgan’s side know that equalling Waterford’s result with St.Patrick’s Athletic will keep them safe.

The two sides had their chances for breathing space last weekend when Harps went 2-1 up against St. Pats but they were quickly pegged back. The following night Waterford took the lead against Longford but an equaliser from the penalty spot with 15 minutes to go pus matters back into Finn Harps’ hands.

Speaking ahead of the game, Ollie Horgan told FinnHarps.ie: “I wasn’t surprised at all that Longford took points off Waterford last weekend, the same way I’ve no doubt they’ll be coming up here expecting to do the same.

“Longford have been fiercely competitive this season despite their league position, and even though they have been relegated they are fighting tooth and nail in every game. We’ve only beaten them once in the three games this year and I’ve no doubt we’ll be in for an almighty battle. ”

In team news, Sean Boyd and Ryan Rainey are suspended for picking up too many yellow cards while Kosovar Sadiki’s red against St. Pats means he also misses out. Mark McGinley, Mark Timlin, Will Seymore and David Webster are doubts.

All to play for as Finn Harps host Longford Town was last modified: November 19th, 2021 by Dáire Bonnar
Facebook0Tweet0LinkedIn0Print0