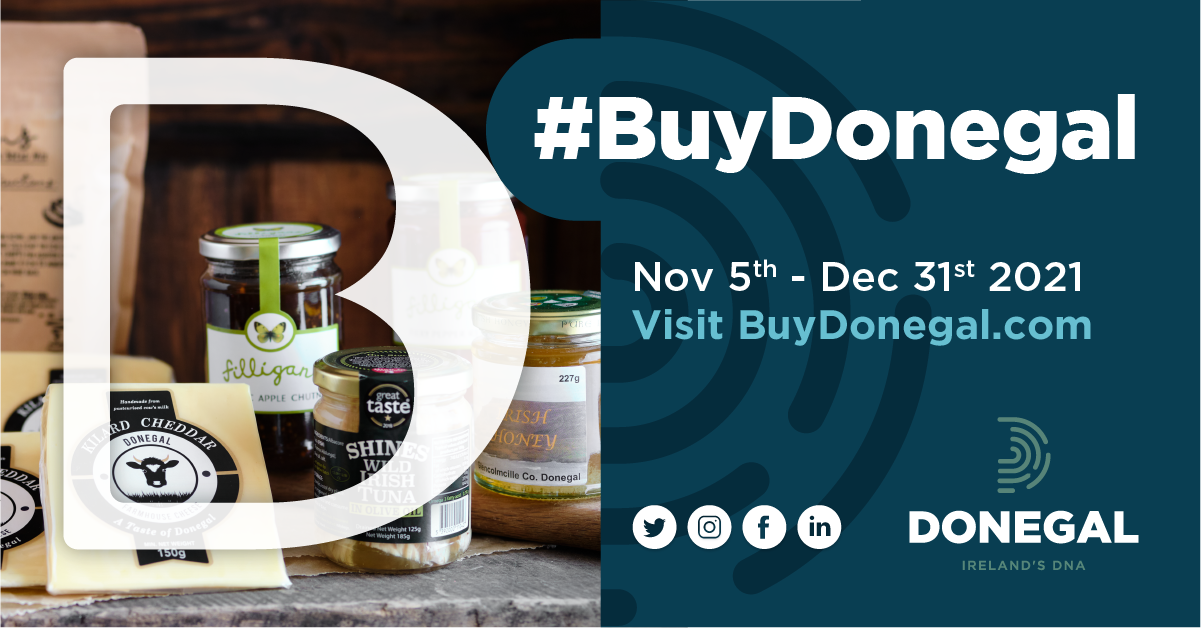 The awards which took place yesterday (Thursday November 18th) and hosted by Chambers Ireland, highlight best practice in local government and recognise the skills, hard work, innovation and enthusiasm within local government across a range of areas from sustainability to economic development.

Cathaoirleach of Donegal County Council, Cllr Jack Murray says that “#BuyDonegal won amidst strong competition from other Local Authorities including shortlisted economic development initiatives from Cork, Limerick, Mayo and Monaghan Councils.  We’re thrilled to see the hard work and innovative thinking of all of those involved in the campaign being recognised. I’d also like to thank the people of Donegal and much further afield who all played their part in promoting and supporting #BuyDonegal.” 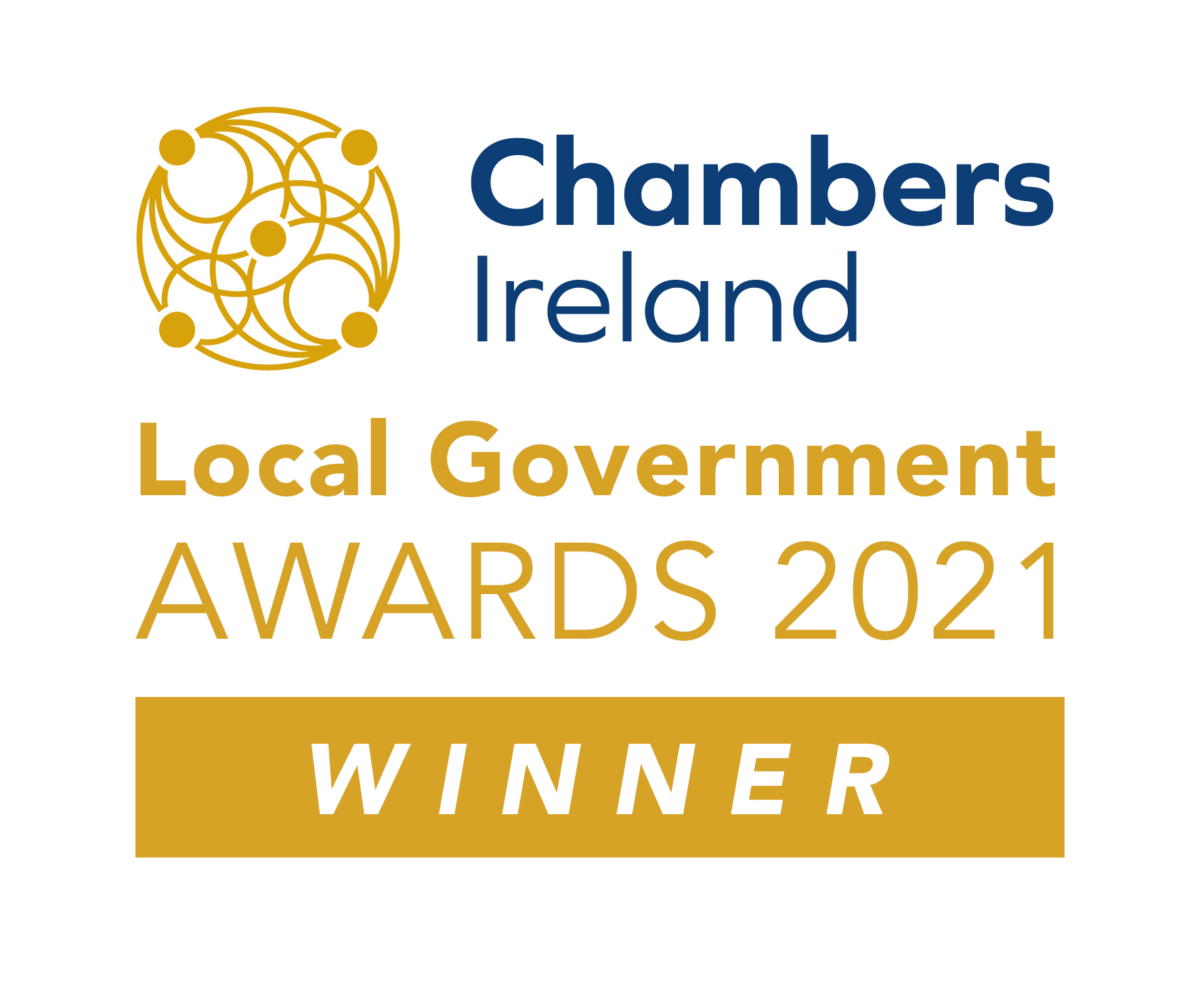 #BuyDonegal was initiated by Donegal County Council in 2020 and is running again this year.   The campaign showcases the best of Donegal business to a global audience and in its inaugural year saw over 250 businesses take part with 85% of those businesses seeing an increase in their sales as a direct result of the campaign.  A range of businesses including designers and makers, food and drink producers, retailers, service offerings and tourism providers participated in this Council led initiative.

The Council’s Chief Executive, John G McLaughlin said that “last year was a challenging one for businesses everywhere, with #BuyDonegal we wanted to provide a positive support to the Donegal economy and business community. The collaborative work of businesses in the county, business groups, the media and the Council Team involved in #BuyDonegal have all contributed to the success of the campaign providing a boost to businesses large and small across the county.”

The 2021 #BuyDonegal campaign continues until December 31st and you can play your part in supporting Donegal business by visiting buydonegal.com and #Buy(ing)Donegal. Businesses can also still register for the campaign by logging onto donegal.ie/businessportal 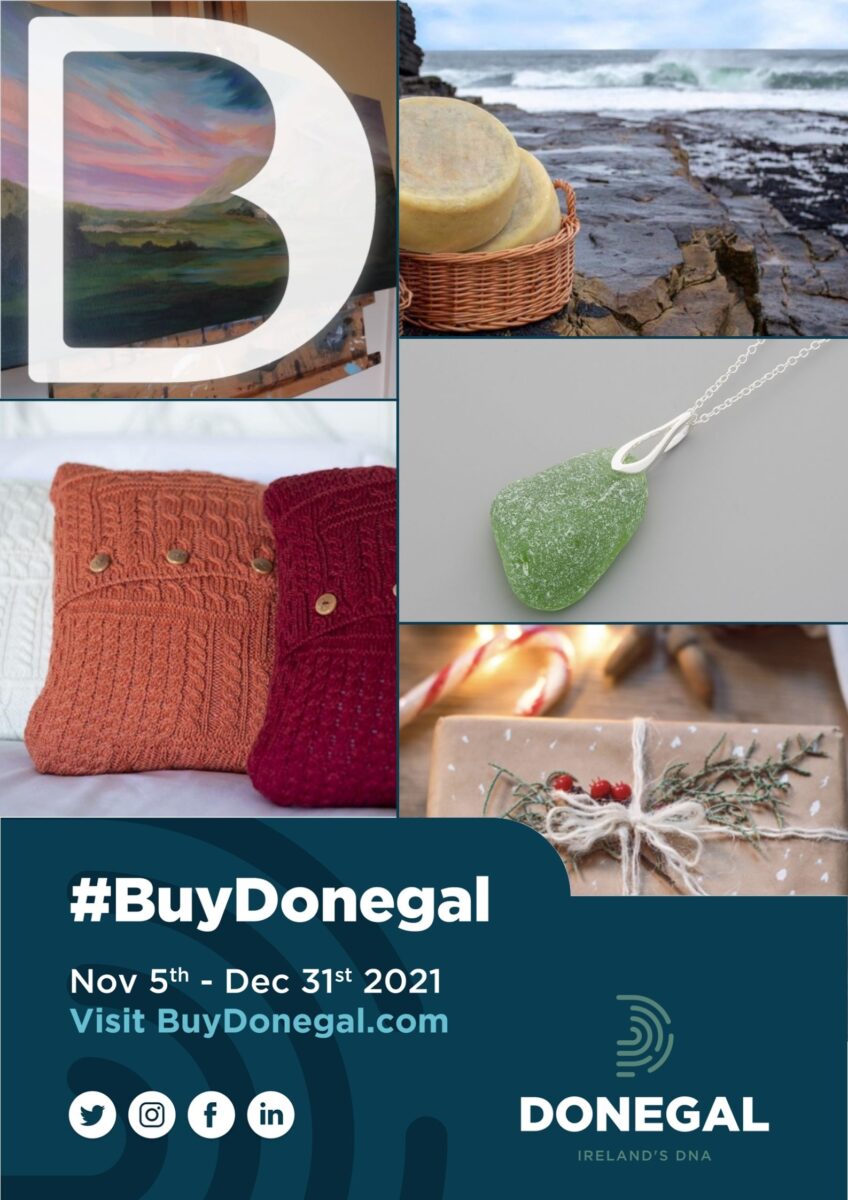