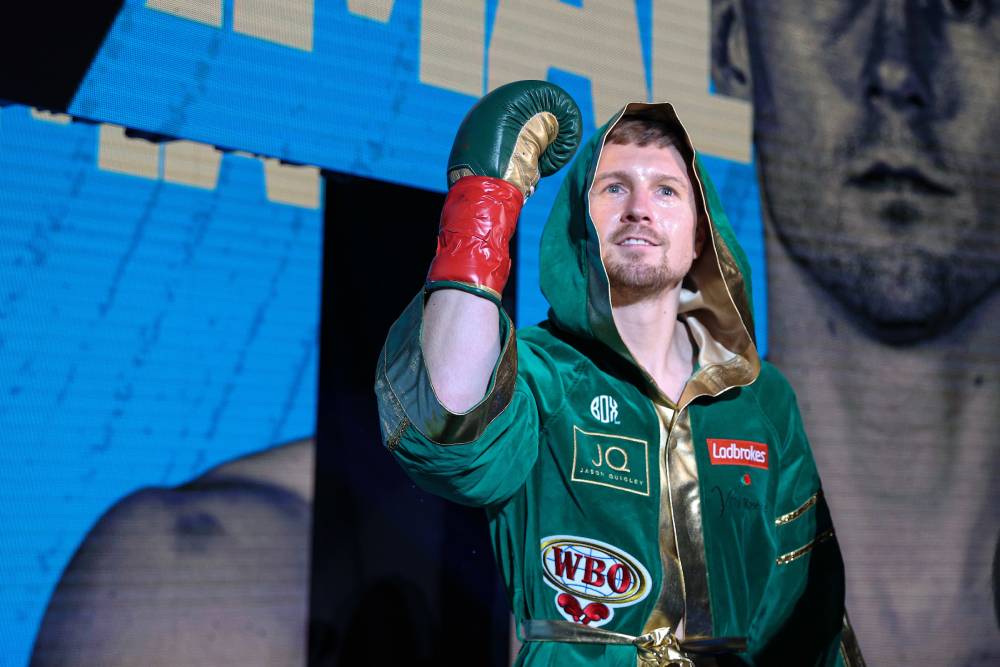 “I’m disappointed it was all over so quickly” – heartbroken Quigley

Donegal boxer Jason Quigley has said he is disappointed at his world title shot and felt he had so much more to offer.

The Ballybofey man’s shot at the WBO world title was over inside two rounds in New Hampshire in the early hours of this morning.

His opponent Demetrius Andrade showed why many of the big names in the sport are avoiding him as he took Quigley apart.

Hundreds traveled to see the fight including many from Donegal.

But they were left shocked when Jason was knocked down in the first round an never really recovered.

He told fans “I feel disappointed. I’m disappointed that it was over so quickly. I was put down, yeah, but it was like a flash knockdown and I felt as if there was a lot more in me and a lot more to give.

“I’m disappointed that I didn’t have the time to give more. I feel very disappointed for all of the fans who travelled over and came to support me. They didn’t get the right chance to have a better atmosphere.

“I was put down, but I wasn’t hurt. Everything the ref asked me to do, I did it: Take a step left, take a step right, I was almost doing it before him.”

Jason thanks fans for coming out to support him and providing a special atmosphere.

“It was a special atmosphere. It’s a bittersweet one because it was special with the atmosphere and the support, which was unbelievable. I’m just so disappointed that I didn’t get the chance to make more of an atmosphere after traveling all this way.

“I’m disappointed wit my own performance. I was happy with the way things were going. I was doing the things me and Andy had planned on doing. I felt comfortable. I didn’t feel in danger until he landed. Even when I got up, I didn’t feel that I was in trouble.”

The popular sportsman said he plans to enjoy Christmas with his family before deciding his next step.

“I’m disappointed it was all over so quickly” – heartbroken Quigley was last modified: November 22nd, 2021 by Staff Writer
Facebook0Tweet0LinkedIn0Print0