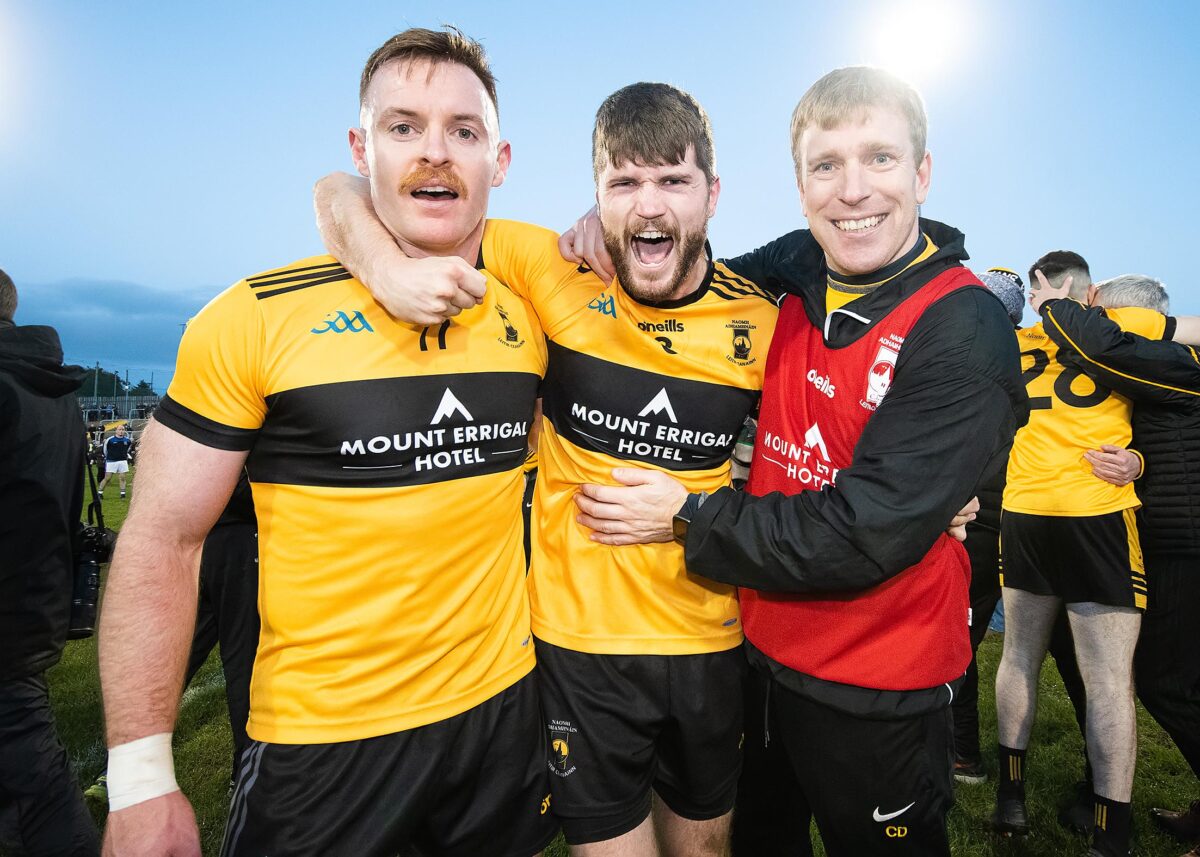 St. Eunan’s were knocked out of the Ulster Senior Club Championship in added time as they lost by a point to Watty Graham’s Glen of Derry at O’Donnell Park.

Glen took the lead but a Eunan’s goal meant they were ahead for the majority of the game until the last few minutes.

Shaun Patton saved a penalty in the 58th minute as Eunan’s were still a point ahead but late pressure from the away side saw the favourites go through.

Both teams were patient in their build-up and took their time as they waited for chances to come.

The only point before the water break came from Conor Glass from a free-kick.

Eunan’s came straight out and took the lead as Darragh Mulgrew’s shot dropped short but Padraig McGettigan reacted quickly to punch the ball into the net.

Glen wasted a few chances as they kicked against the wind but finally got space as Jack Doherty ran through with an easy point chance, he played it to Danny Tallon who fisted over from a few yards out.

Niall O’Donnell did well to score from a mark moments later.

Tallon scored another point from a free but Eunan’s went into the break with a 2 point lead as space opened up and Mulgrew scored a good point to make it 1-02 to 0-03.

Conor Carville got a black card 2 minutes into the second half but Eunan’s failed to capitalise on the man advantage as Tallon scored from another free.

Eunan’s went into the water break with the 2 point lead again as Conor Parke’s fist pass fell to McGettigan a yard out and he punched over.

Eunan’s got caught out playing around at the back and Tallon scored another fine point.

Aaron Deeney got a black card but Eunan’s kept battling and Kieran Tobin cored from a quick counter after Caolan Ward won the ball back.

Ciaran McFaul made it a one point game again as the scoreline read 1-04 to 0-06.

Glen got their chance to win the game when they got a penalty but Shaun Patton dived to his left and brilliantly saved Conleth McGuckian’s penalty with five minutes to go.

Glen eventually levelled as Michael Warnock picked the ball up and drove the ball over from 30 yards.

Eunan’s were being put under pressure in injury time and a mistake at the back gave Glen a simple free chance from 10 yards, which Tallon easily converted.