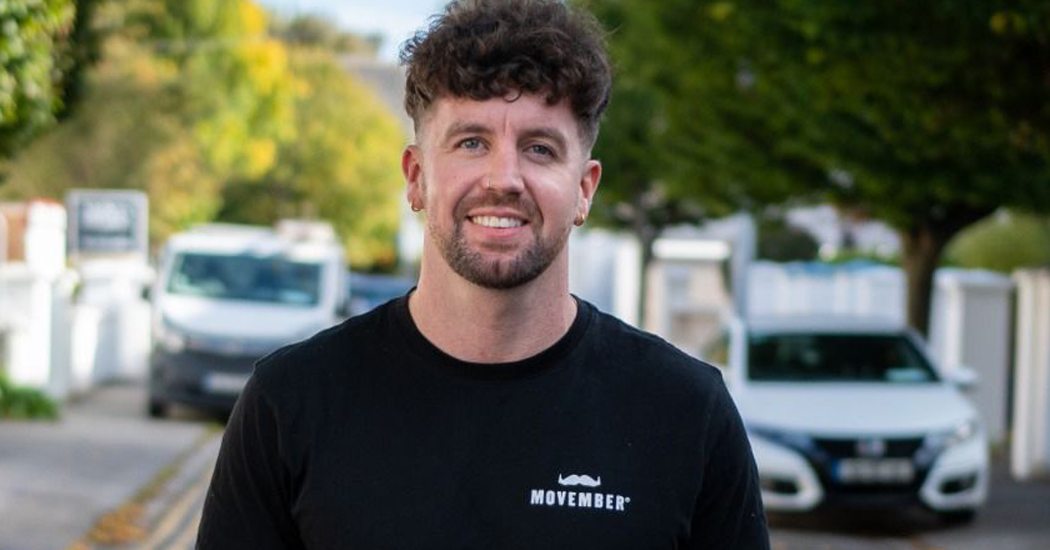 ‘Men don’t always have to be a Jack the lad’

A young Donegal man is eager to start conversations about men’s health and wellbeing this Movember.

Luke Skinnader from Ramelton became a widower at the age of 28 after losing his wife Amelia to cancer.

The 29-year-old’s experience has led him to being a stalwart ambassador for Movember and join the month-long campaign to change the face of men’s health around the world.

Luke’s main motivation is to make more men and young people aware of the signs of cancer.

“If there’s something you feel that needs to be checked, go get it checked as early as possible, don’t put it off until the last minute,” Luke says.

“Cancer awareness is a big thing for me, moreso for younger people, because Amelia was so young, this is a case of increasing early cancer detection with awareness.

“Over the last years I have been affected by cancer through Amelia and through my dad.” 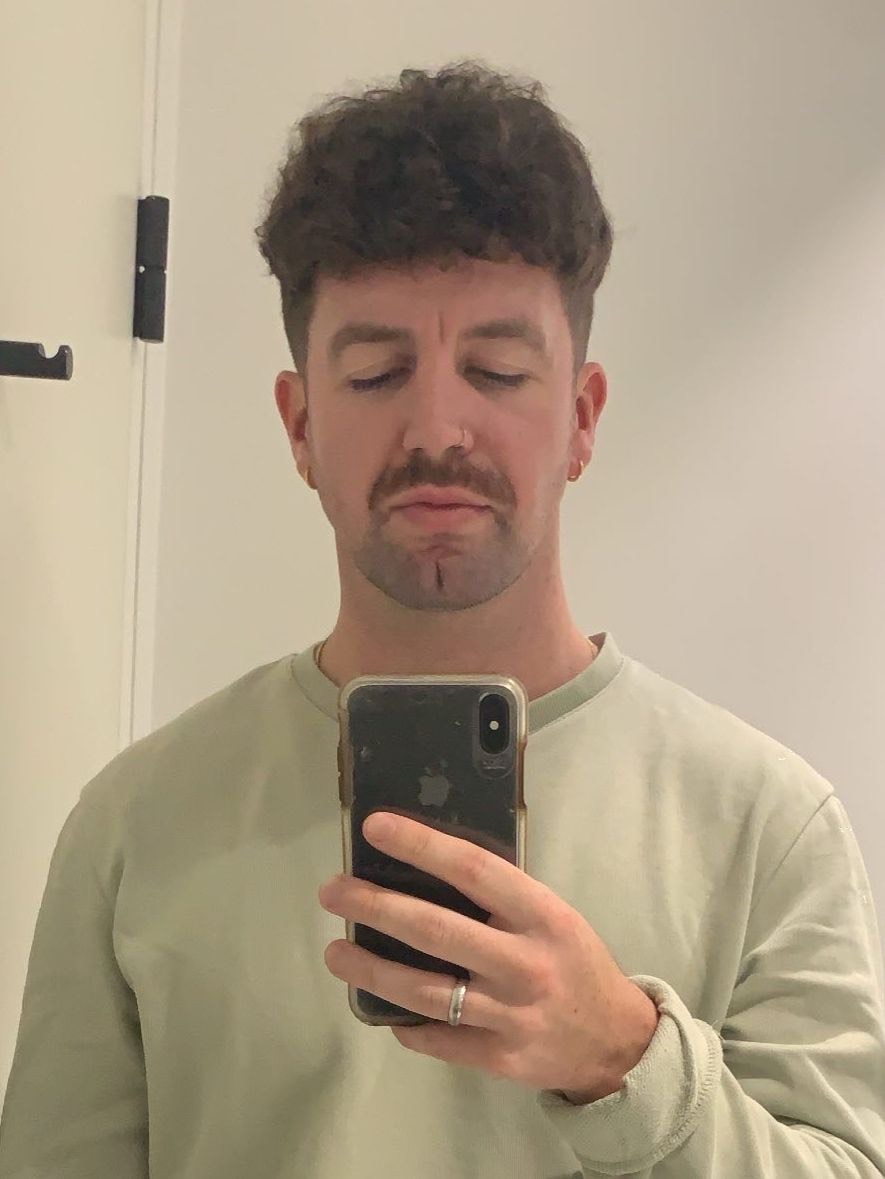 Luke’s late wife Amelia, from Essex, was 31 when she passed away in October 2020. She was diagnosed with aggressive stomach cancer the year before, after pushing for a diagnosis for what was causing her abdominal pains and weight loss. Eventually, when cancer was detected, she was given just weeks to live. But the determined young woman defied medics on numerous occasions to live almost two more years and to mark major milestones in her life. She got married, co-founded a business and travelled far and wide.

Luke and Amelia found purpose in launching their own accessories brand for young people going through chemotherapy. FVCK CANCER signed a major collaboration with global fashion site Nasty Gal during the summer. 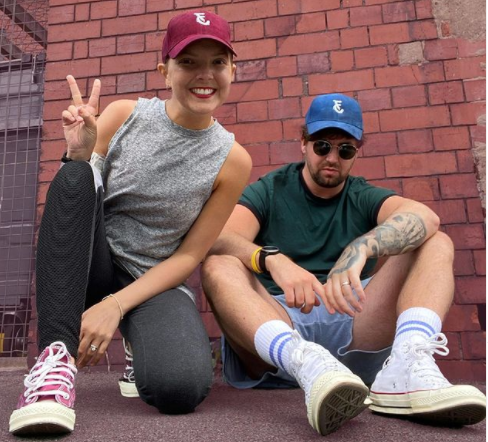 A month before Amelia got her cancer results, Luke’s father Paul was diagnosed with prostate cancer.

“Dad had surgery to have it removed, it all went smoothly and he came through. He’s back as fit as ever now, he’s doing marathon training and eating well and he’s back to square one,” said Luke.

Through the challenges, Luke has found that speaking to friends and family has helped his mind.

“Mental health is so important. Irish men are quite closed and don’t talk as much as they could or should,” he said.

“I think attitudes should change to help men be more open, to allow them to be more vulnerable and to not always be a Jack the lad.”

Luke’s strategies for minding his mental health are mainly focused on exercise and talking it out.

“I like to keep busy with surfing, gym and playing Gaelic. I’m just naturally laid back, but that doesn’t mean that I don’t get stressed.

“I’m quite open when speaking with people, speaking out and talking to your friends and family definitely goes a long way. It’s something that should be encouraged among men.” 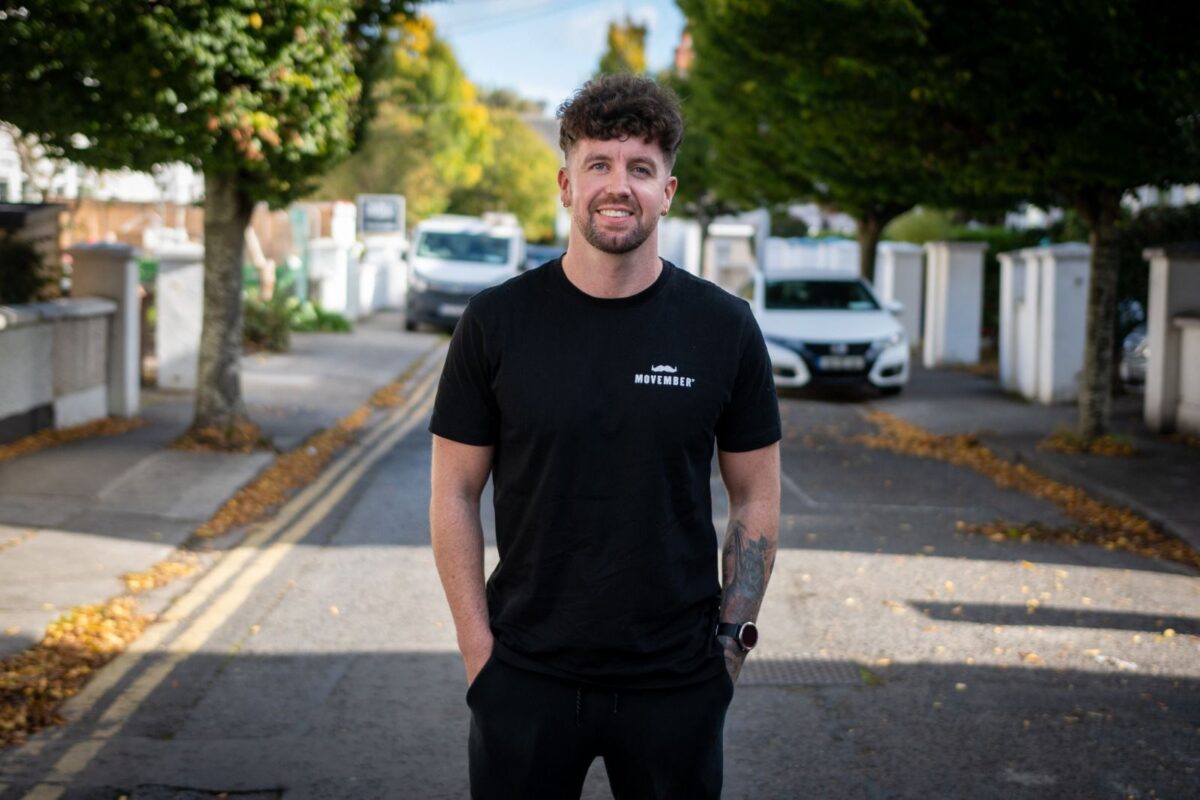 Moustaches have been spotted on many Donegal men this month as they fundraise for the charity. The month is not just for men either, as people are welcome to get involved with the charity campaign in other ways – by moving 60km in the month, hosting an event or taking on an epic challenge.

Movember is urging people to ‘Take Action’ by checking in on a mate; open up the conversation about mental health and check yourself. The organisation is appealing to all to get involved, regardless of whether you grow a moustache, and support the health and wellbeing of the men in their lives.

A new study by the charity revealed that nearly 60% of men never, or very rarely speak about their mental health. Globally, a man passes away by suicide every minute, while in Ireland, three out of every four deaths by suicide are male.

The organisation is also strongly urging men, both young and old to take ownership of their health, to act when they notice something is not right and to speak up and reach out when they are struggling. Current statistics show that over 32,500 men in Ireland are living with prostate cancer. Also, while testicular cancer is the most common cancer among young men, nearly half (48%) of all men aged 18-24, have either never or rarely examined for symptoms in the past six months.

Since 2003, Movember has funded more than 1,250 men’s health projects around the world, challenging the status quo, shaking up men’s health research and transforming the way health services reach and support men.

‘Men don’t always have to be a Jack the lad’ was last modified: November 22nd, 2021 by Rachel McLaughlin
Facebook0Tweet0LinkedIn0Print0
Tags:
Movember