Sinn Féin’s spokesperson on Health has called for an urgent plan to address healthcare problems in the west and north west.

Among the top issues that arose were treatment cancellation and emergency department overcrowding for the Saolta Hospital Group, which serves the West and North-West.

Teachta Cullinane said that the Hospital Group is under severe pressure and strain from Covid and non-Covid care, with major capital projects taking far too long to deliver additional capacity. 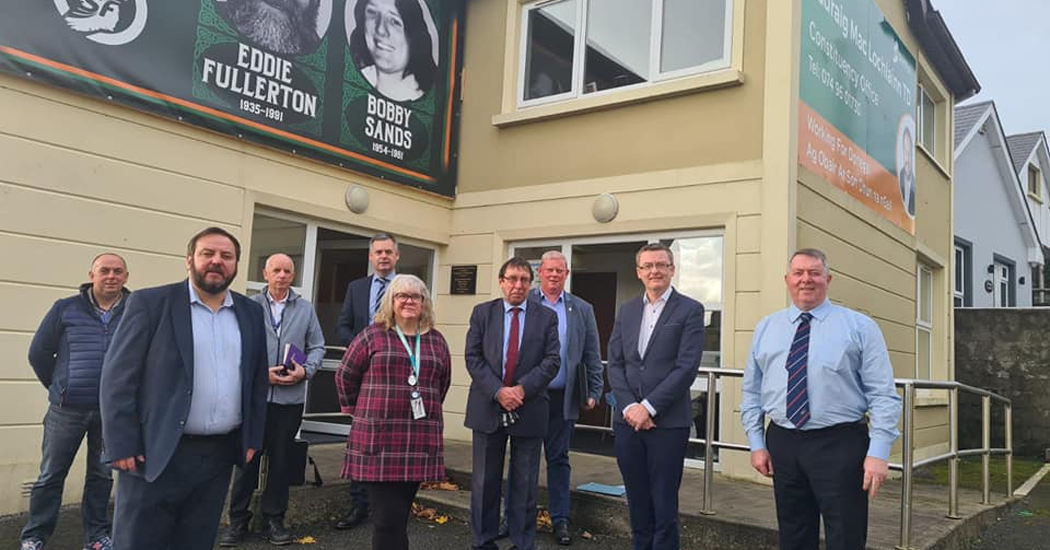 Speaking following a meeting with the Executive Management team for the hospital group, Teachta Cullinane said: “This morning, along with Sinn Féin TDs for the West and North-West, I met with the executive management team of the Saolta Hospital Group.

“They have confirmed what we have known for some time, and which was apparent on my visits to Galway, Letterkenny, and Sligo hospitals.

“Their hospitals are under immense pressure, more than any other hospital group, as they are every year as they do not have the capacity to deal with winter surges.

“The increase in unscheduled emergency care and Covid care is placing huge pressure across all their hospitals because they do not have enough beds and staff, and never have.

“There is a major need across all sites for large capital investment, and there are applications in which have not been funded or expedited by Government for much-needed bed capacity.

“It will be into next year before works start on these and likely next winter before the capacity is in place because the Government failed to expedite these projects in the Budget for 2021.”

Teachta Cullinane accused the government of having a lack of urgency with funding solutions to the crisis.

“Both the capital approval and recruitment processes are taking far to long due to bureaucracy,” he said.

“The integration of primary, community, and acute care sectors, with adequate stepdown facilities, is happening at a snail’s pace, and there is a looming crisis in primary care as more GPs are set to retire in the West than there are replacements in the coming years.

“The time is long passed for a serious plan to tackle the multiple crises facing the health service, particularly in the West and North-West, and urgent action is needed now.”