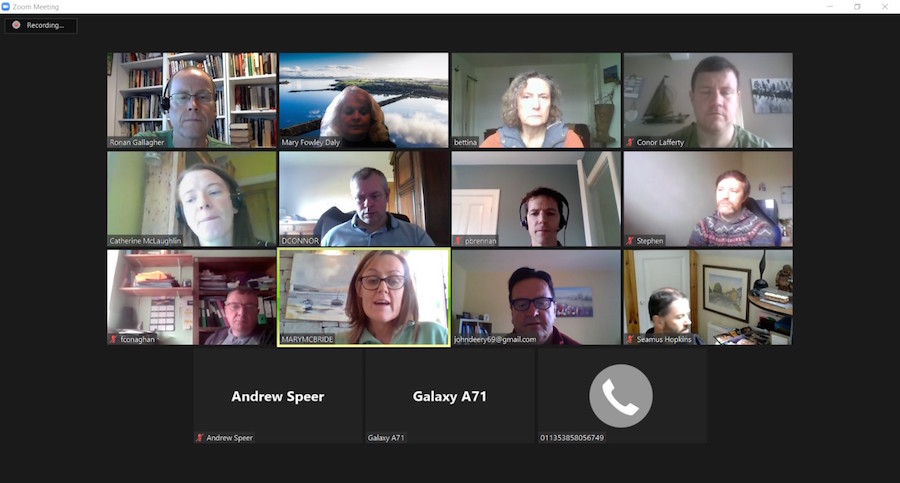 Important progress on an exciting walking and recreational trail projects at eight locations across Europe, where Donegal County council is the lead partner, was made last week.

On Friday, 19th November, the Trail Gazers Project in Donegal held an on-line Environmental Workshop with over 20 key stakeholders and members of the local community.

The aim was to develop a set of key actions to enhance the trail experience at Inch Wildfowl Reserve and link it with the wider tourism offering in the surrounding catchment of south Inishowen.

During last week’s online workshop, Catherine McLaughlin, Planner on the Trail Gazers Project explained the significance of ‘ensuring that these actions and how they are implemented have due regard for the environmentally sensitive nature of the Inch Wildfowl Reserve’.

Mary Daly, Communications and Research Officer for Trail Gazers, presented an initial analysis from the on-site Trail Users Surveys which were carried out during the summer at Inch and how this information will help to inform the Community Trail Plans.

Conservation and protection of our trails is a key objective of this project and one which is particularly important at Inch Wildfowl Reserve in Donegal.

The Trail Gazers project aims to determine the impact of significant investment which has been made over the years into developing walking and recreational trails across the Atlantic Area on sustaining rural communities and will explore innovative ways that this impact can be enhanced.

Trail Gazers is situated in eight pilot trail sites in ‘Chemin De Mémoires’, in Bretagne, France; ‘Via Verde del Plazola’ in Navarra, Spain; ‘La Caldera de Taburiente’ on the Canary Island of Las Palma; the ‘Seven Hanging Valleys’ in the Algarve, Portugal; ‘Sacred Mountain’ in Viana do Castelo, Northern Portugal; the ‘Taff Trail’ in  West Wales and the Valleys;  the ‘Knocknarea/Killaspugbrone loop ‘ in Sligo and ‘Inch Levels’ in Donegal.

She said “Despite the difficult times that we find ourselves in, she was delighted with the attendance at the workshop and the amount of progress made on the development of key actions and it was vitally important to get feedback and suggestions from all the participants.”

For more information on the Trail Gazers project, check out our website www.trailgazers.eu. Trail Gazers is co-financed by the Interreg Atlantic Area Programme through the European Regional Development Fund.