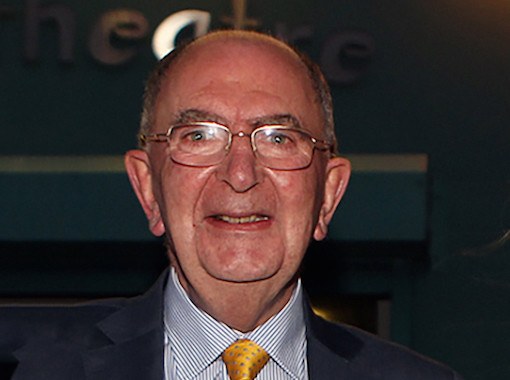 Formerly of Ard O’Donnell, Mr Mackey will be remembered as one of the most capable public servants and businessmen to emerge from the Cathedral Town.

As well as a former Town Clerk in Letterkenny, he went on to become County Secretary with Donegal County Council as well as County Manager with Cavan County Council.

He then moved into the private sector and worked as the General Manager with the Quinn Group for more than a decade.

He passed away earlier this week at the Mater Private in Dublin following a short illness.

He lived at Drumuaghra House in Cavan where he often entertained his many friends from Co Donegal who continued to visit him.

He is survived by his wife Marian O’Donovan-Mackey and children Catherine, David and Edward.

He will also be sadly missed by his son in law Colin, his daughter-in-law Michelle and Edward’s partner Ann-Jean, his brothers Martin, Philip and Barry, sister Caroline, sisters-in-law and his many friends.

He is reposing at his home (Eircode H12 AT21) today Wednesday from 5pm until 8pm.

Tributes flowed in on social media for the late Mr Mackey who will be remembered having touched the lives of so many in a positive way over the years.

Former Derry Journal editor and fellow Letterkenny man Pat McArt described the late Mr Mackey as “one of the most able people ever to come out of Letterkenny. He was brilliant.”

Removal from his home on Thursday afternoon at 12.30pm to the Cathedral of Ss Patrick & Felim, Cavan, arriving for Funeral Mass at 1pm, via Dublin Road, College St and Farnham St. Following Mass, the cortege will travel to St. Brigid’s Cemetery, Killygarry for committal prayers and burial.

The Funeral Mass can be viewed live on the Cathedral webcam at www.cavantownparish.com.