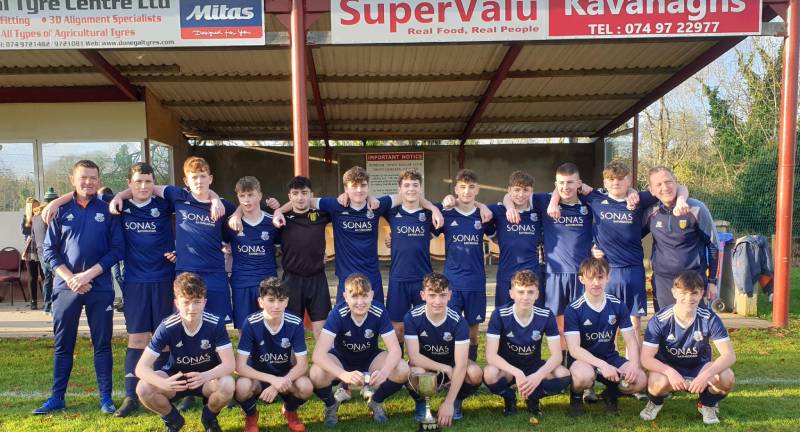 Drumbar narrowly defeated Erne Wanderers in a close-fought contest on Sunday in the Hospital Field in Donegal Town.

Drumbar led 2-0 only to concede twice in the second half. In extra time Drumbar struck twice to lead 4-2 but a determined Erne side fought back to make it 4-3.

The teams remained locked on that scoreline until the final whistle. That completes the League and Cup double for Drumbar who remained unbeaten in all competitions in 2021.