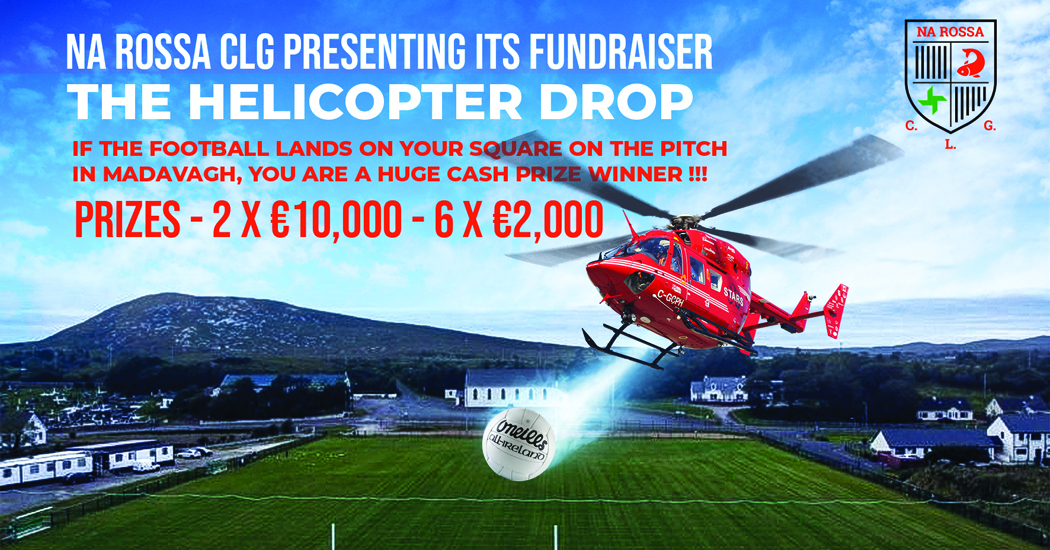 A Donegal GAA club’s ambitious fundraising venture has been brought down to earth because of this weekend’s forecast for bad weather.

Na Rossa GAA Club were due to launch their big Helicopter Drop on their pitch this Saturday.

A number of GAA balls were due to be dropped onto the club’s pitch after people bought squares to raise funding.

The square where the ball lands will guarantee great cash prizes.

However, a spokesperson for the club said the event has had to be postponed.

“Unfortunately due to weather forecasts and health and safety precautions and in discussions with Our helicopter sponsor we have had to take the decision to postpone the helicopter drop.

“The club are very disappointed with this notification but with safety to supporters paramount this decision is being made reluctantly .

“We will refix the event in the next couple of weeks and again we apologise for any inconvenience caused and will be in touch with further details.”