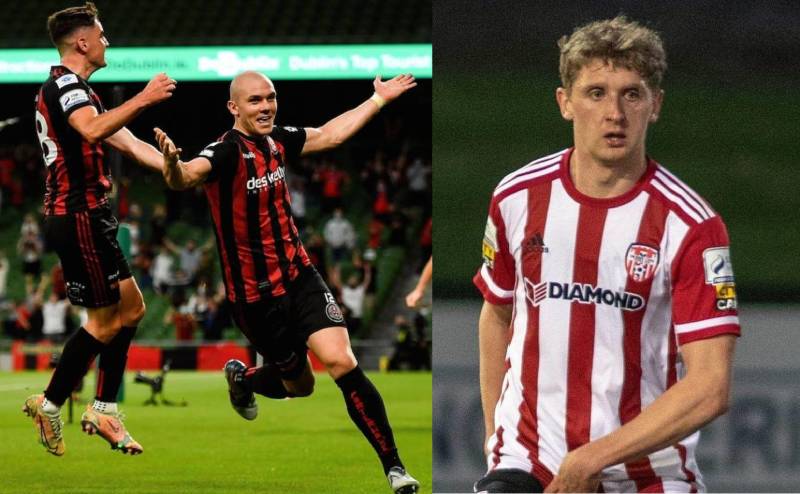 Donegal men Georgie Kelly and Ronan Boyce have both been named in the Professional Footballers Association of Ireland Team of the Year for 2021.

Tooban man Kelly was top goalscorer in the league this season, with 21 goals in 31 games, 6 goals more than Shamrock Rovers’ Danny Mandriou who was second top scorer.

Kelly’s goals saw Bohemians finish the season having scored the most goals in the league, despite coming 5th.

Kelly will be looking to add to his tally in all competitions this Sunday as his side face St. Patrick’s Athletic in the FAI Cup Final.

Ramelton defender Ronan Boyce was key in Derry City’s late surge to finish in 4th on the final day of the season.

Boyce was crucial for Derry at both sides of the pitch as his defensive abilities helped his side but he also scored an impressive 7 goals in the league, only one fewer than his sides top scorers.

The 18-year-old has had a great first full season and he was rewarded by making the Ireland under-21 squad in October.

The two Donegal men will be hoping for different outcomes in Sunday’s FAI Cup Final.

As Derry finished 4th they would qualify for European football next season, but if Kelly’s Bohemians side win the cup, they will take that European spot off Boyce’s Derry.