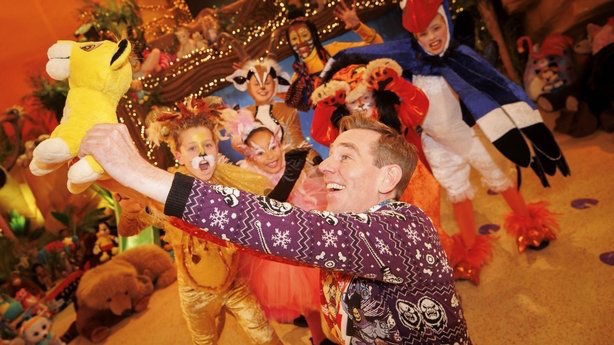 Further donations of up to €1m yet to be added by Revolut co-founder Vlad Yatsenko.

Technical difficulties with the banking app on Friday night saw Mr Yatsenko announced a €100,000 donation to the appeal.

He also pledged to match any further donations this weekend via the RevolutApp up to €1m.

Friday night’s show saw the children of Ireland turn toy testers, a surprise appearance by Ed Sheeran, and much more.

The RTÉ Toy Show Appeal in partnership with The Community Foundation for Ireland helped over 600,000 children and family members across the island of Ireland last year.

Viewers can continue to donate to Irish charities at www.rte.ie/toyshowappeal and via the ‘donations’ tab on the Revolut app.