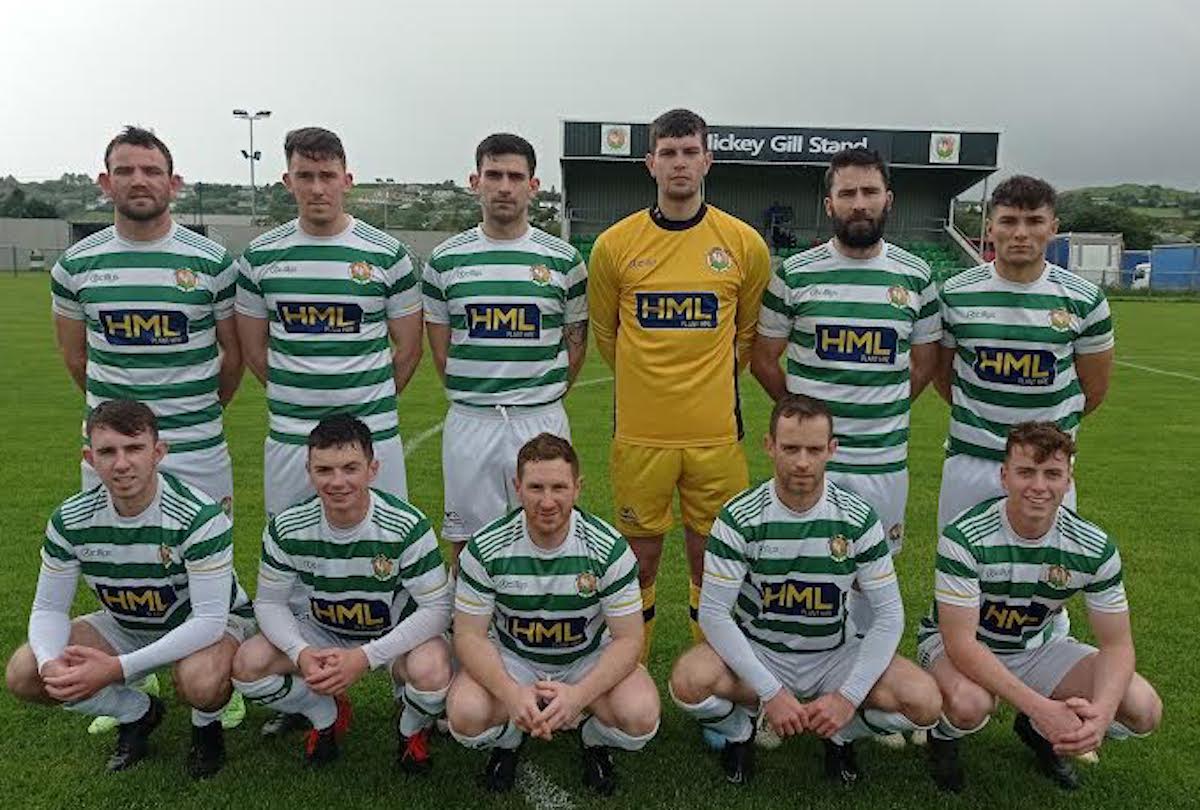 By Chris McNulty at the Aura Centre

Friel’s treble handed Cockhill a big win over their old rivals from the Cathedral Town with Laurence Toland also on the mark. It was Toland’s goal, Cockhill’s third, that proved so vital.

Friel flicked Daniel Houghton’s goal kick into the path of Toland and the Ramelton man arrowed a fine effort to the roof of the net.

Just 45 seconds into the game, Matthew McLaughlin was penalised for a foul on Jack Doherty. Referee Marty McGarrigle pointed to the spot and Friel opened the scoring.

Chris O’Donnell got a strong connection, but was unable to keep out Friel’s effort.

Rovers equalised in the seventh minute. Delap robbed possession back on the edge of the area and Sean McBride’s shot squeezed just inside the post.

Rovers did have their moments in the second half, with Nathan Plum testing the reflexes of Houghton, while Simon McGlynn wasn’t too far away with another opportunity for the hosts.

Cockhill seemed well in command in the second half and Peter Doherty cannoned off the crossbar.

Corey McBride and Christy McLaughlin had chances for Cockhill, but Gavin Cullen’s men put the game to bed when Friel  curled past O’Donnell.