Two talented ‘wains’ from Donegal are celebrating the release of their new Christmas song – and an RTE Radio appearance!

Best friends Caela Carr and Ethan Barron are the ‘Wild Atlantic Wains’. They are just 12 years old, but they already on their way to becoming music stars.

The duo’s new track ‘We’re Coming Home for Christmas‘ premiered on Friday last and is now available to stream or download (click here to visit Spotify).

That’s not all – the song will be part of ‘A Kid’s Country Christmas‘ to be broadcast during RTEjr’s Christmas Schedule this year.

Caela is in 6th Class in Scoil Mhuire, Ramelton, and Ethan in 6th Class, Drumoghill NS. The friends have been performing together for years and are enjoying the festive fun of their new release. 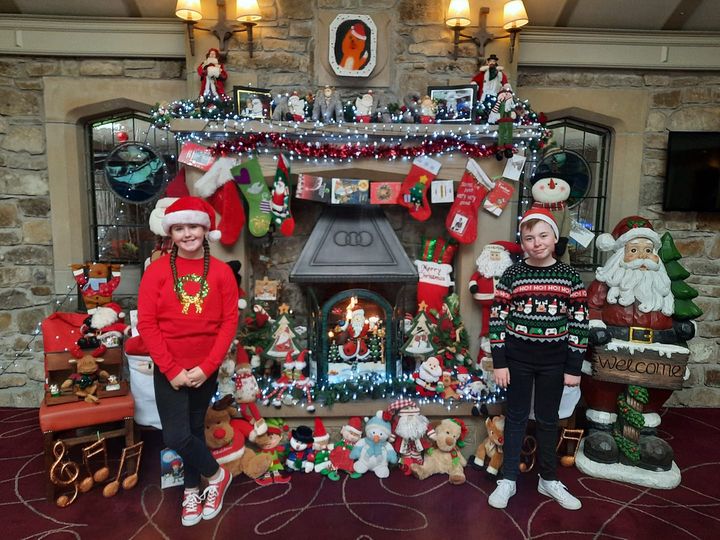 Songwriter Bri Carr, Caela’s mum, tells the story behind the song: “‘We’re Coming Home for Christmas‘ captures the essence of coming home for Christmas for all who are overseas and have been unable to come home until now.

“The song was written about Caela’s brother Ben, coming home from Nashville to celebrate his 21st at home on Christmas Day.

“Ethan has two brothers and a sister who are all waiting expectantly on Santa Claus to bring the Wains a hit for Christmas!

“The wains have been besties since the pram, and at 12, are buzzing for the documentary to air and the song to hit the airwaves on local and national radio.”

The track was recorded in Newtown Studios in Bundoran, which was filmed by Ronin Productions, Belfast, as part of the upcoming documentary. The children were chosen to take part in the documentary, following zoom auditions, which was held in Station House, Letterkenny and following selection, went on to record their specially penned song.

Their music video for the song will be released during the show, and the families of the ‘Wains’, as well as the production team, are indebted to Paddy Bradley, Peter, Elizabeth, Áine and all the staff of Allingham Arms, Bundoran, who welcomed the entire crew with typical Bundoran hospitality. Also appearing in the show will be Caela’s brother Ben, filmed in Nashville, and local lad, Lucas Keenan, who took over from mum Sandra as Receptionist during the shoot. Other acts featuring in the documentary are Kelan O and the Junior Jivers, Sligo.