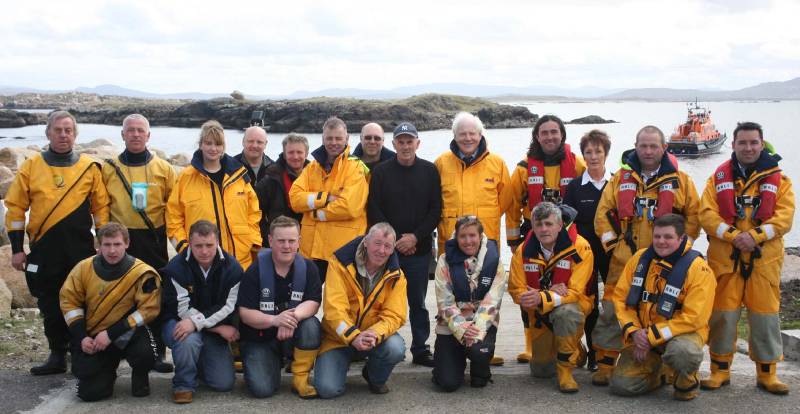 A new chapter is set to begin in the life of Arranmore lifeboat. Here PRO of the service, Nora Flanagan explains the long history behind the vital service. which has saved countless lives over the years.

Donegal County Council has given the green light to the RNLI for the demolition of the old lifeboat facility to make way for two-storey development on the same site at Poolawaddy on Arranmore Island.

The new development will include two boat sheds, a workshop and a training room.

The RNLI has operated a lifeboat station from Arranmore Island since 1883.

The first lifeboat Vandeleur, which was powered by sails and oars was stationed there thanks to a donation from the Reverend Richard Vandelour, who resided at Merrion Square, Dublin.

The station has always catered for the needs of an ever-changing search and rescue environment.

The proposed new building for Arranmore RNLI will be the fifth boathouse to be built on Arranmore, two boathouses were situated in the townland of Leabgarrow, the boathouse in Aphort was the scene of the Arranmore Disaster in 1935 where the bodies of recovered victims were laid out.

The current boathouse is located in Poolawaddy and has been used as a lifeboat station since 1994. It was partially funded with a donation from the relatives of young English students who tragically lost their lives off Arranmore in July 1989 and was officially opened by Daniel O’Donnell in his role as President of the Arranmore Lifeboat.

Arranmore RNLI has always had a great family tradition of serving on the Lifeboat and today there are several families on the crew.

Philip Mc Cauley, has served 26 years as mechanic, Philip’s Grandfather, Phil Byrne, was awarded a bronze medal for the rescue of the crew of the Stolwijk. Phil was also awarded a silver medal for the medical evacuation of a seriously ill young boy from Tory Island in extremely challenging weather conditions. 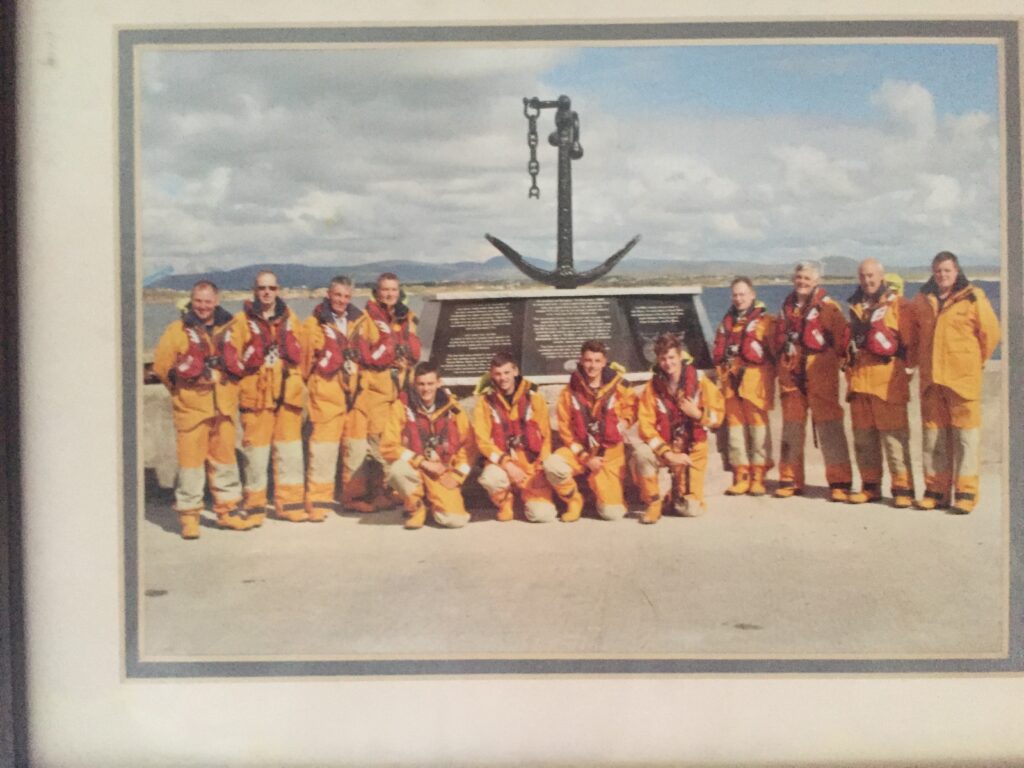 Philip’s great-uncle and cousins also served on the Lifeboat. Other family crew members are; Sharon O’Donnell and son Evan. John McCafferty and daughter Erin. Sean O’Donnell and his son Kieran. Brian Proctor, his brother Anthony and son Martin. John Boyle and son Patrick. Former coxswain, Francis Bonner and his sons, Seamus, Michael and second coxswain, Frankie. Coxswain, Jimmy Early and son Lee, who sadly lost his life in 2019. Kieran Cox and daughter Aisling. Mark Boyle is the latest recruit. Mark’s father Charlie was a former mechanic and his grandfather was the coxswain on the Lifeboat which saved the lives of the crew of the Stolwijk and was awarded a gold medal. 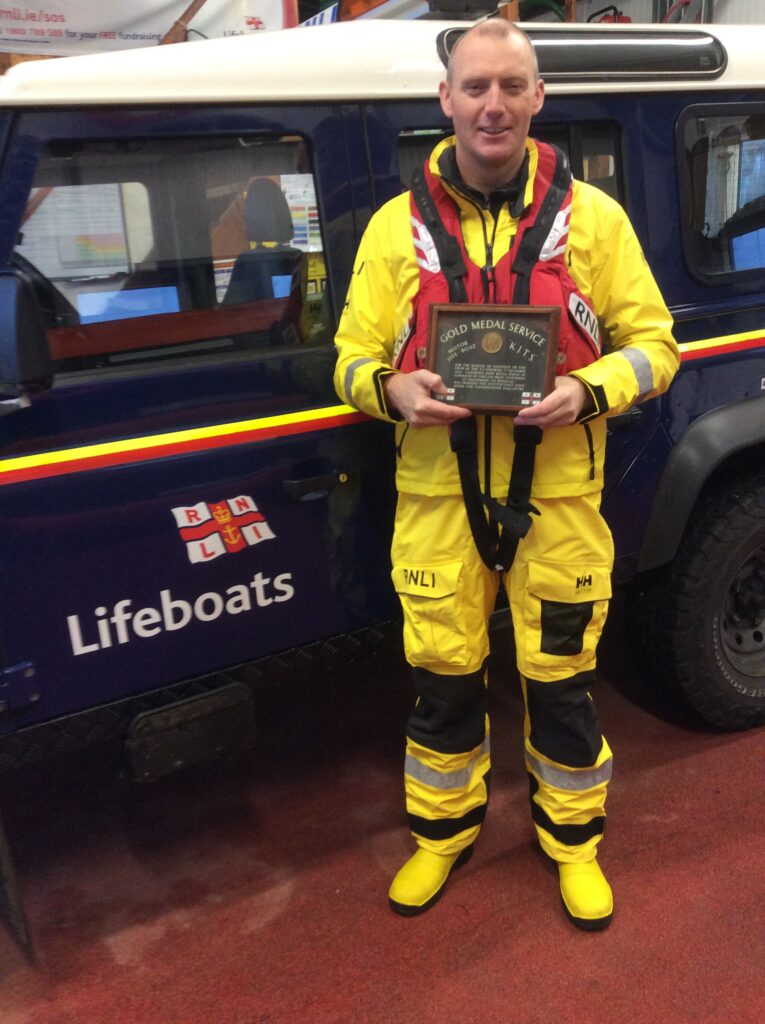 One of the most famous rescues happened in December 1940 when the crew of the lifeboat rescued 16 sailors from the Stolwijk, a Dutch merchant ship which got into difficulty in horrendous weather conditions. Arranmore RNLI crew members were awarded gold, silver and bronze medals by Queen Wilhelmina of the Netherlands for saving the lives of her fellow countrymen.

Traditionally, lifeboats were crewed by men who were usually fishermen or had a good knowledge of the sea and Arranmore was no different until the mid nineties when Nora Flanagan joined the crew and now serves as Arranmore Lifeboat Press Officer.

Nora was awarded a long service medal in recognition of 26 years service and has since been followed on the crew by Karen Mc Gowan, registered advanced nurse practitioner and now President of the Irish Nurses and Midwives Organisation. There are now three female members on the crew, teacher Aisling Cox, student Erin McCafferty and round the world sailor Sharon O’Donnell.

Arranmore Lifeboat Station is a vital Search and Rescue asset, based in a strategic location covering the North West Coast of Ireland from the North Coast of County Mayo to Lough Swilly in Donegal. The station operates a Severn Class All-weather Lifeboat which has a range of 200 miles and is operated, primarily, by a dedicated team of highly trained volunteers. 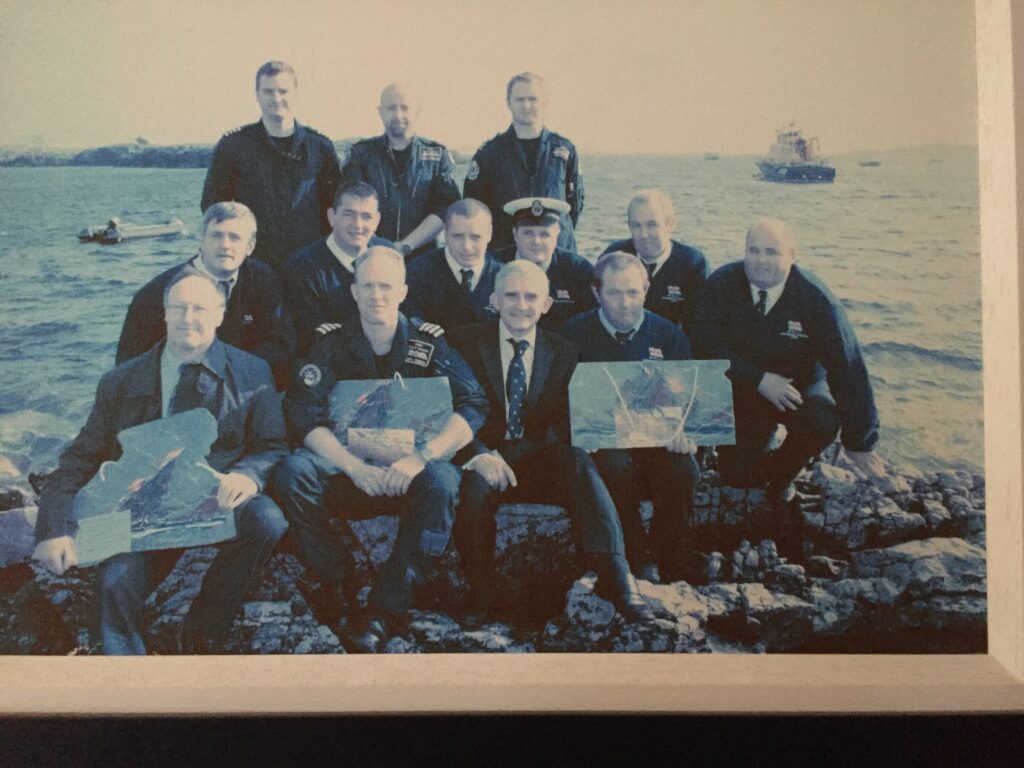 The Lifeboat Station is also a key asset to the local community in the provision of medical evacuations from Arranmore as well as other Islands in the Rutland Sound and further afield on the North West Coast.

The Lifeboat at Arranmore Island operates in all weathers and is available 24 hours a day, every day of the year. To operate in these conditions requires the crew to be highly trained. In continuing to provide this lifesaving service it is important that the RNLI attracts new lifeboat crew and that they can be trained on site all year round. 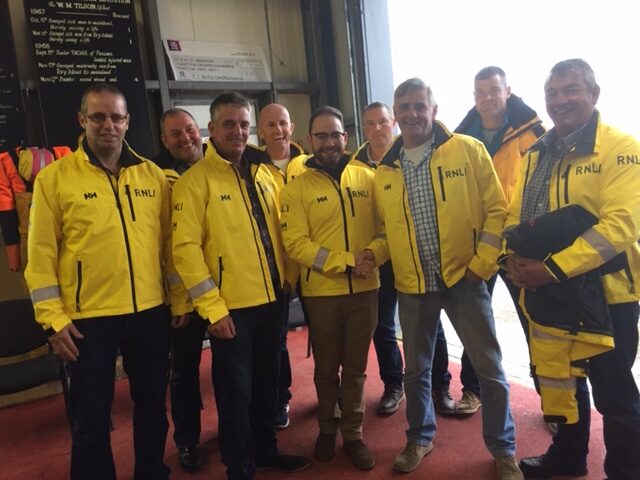 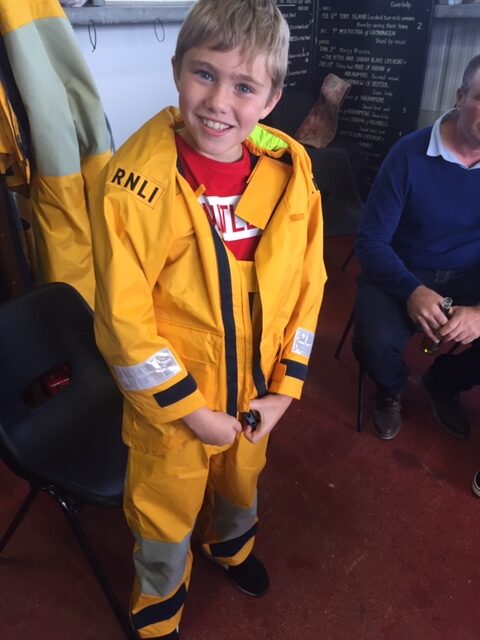 Four more years until he signs up, Matthew T. Flanagan 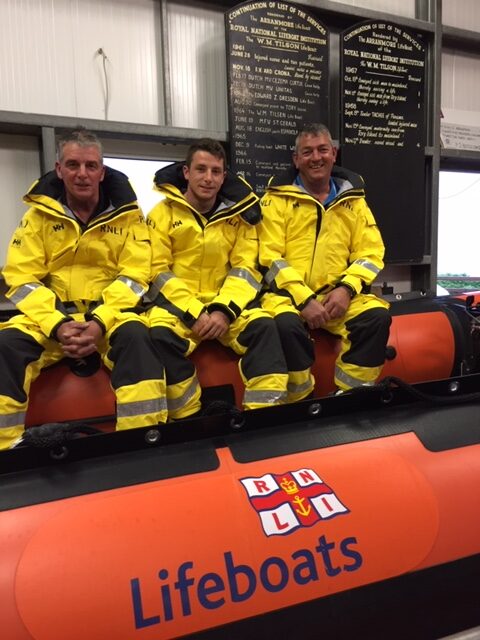 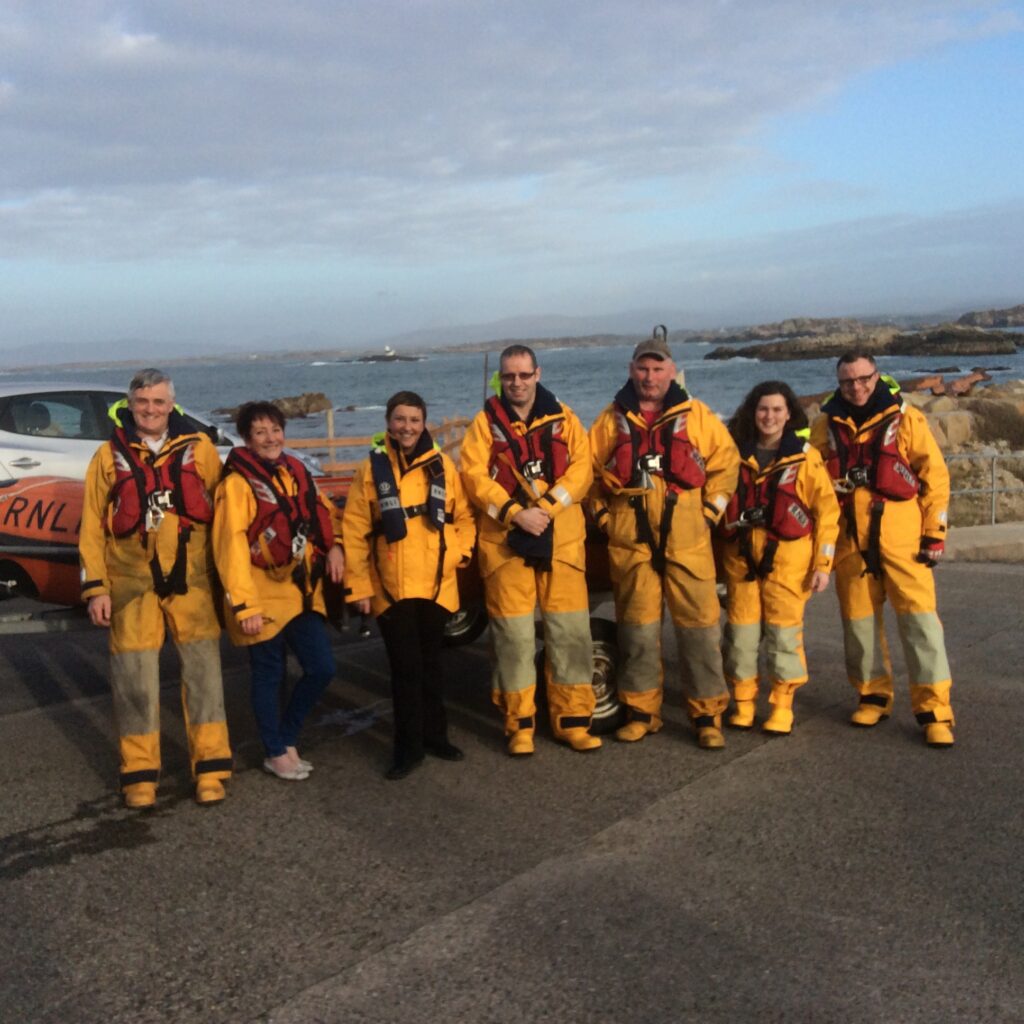