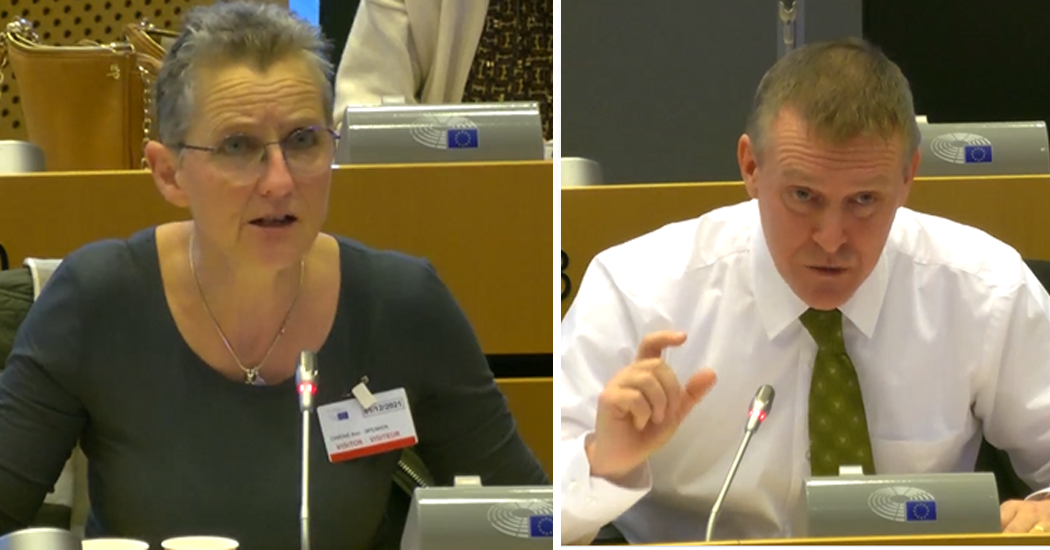 Ann Owens and Joseph Morgan spoke in Brussels regarding eight petitions made by Irish homeowners to the EU.

They provided background and evidence of breaches of Irish and EU regulation with regard to the manufacture and supply of defective blocks.

“Government oversight, promiscuity, lack of regulation and enforcement of domestic and EU law had been at the very heart of systemic failure within the construction industry for 35 or more years,” Ms Owens told the committee.

“I cannot understate the impact this scandal has had on the peoples of Donegal and Mayo. It has desecrated families, it has ruined the mental wellbeing of our people and driven many of our people to near despair. Industry has turned its back on us because we are not an insurable peril.

“Will we be let down by the very state whose constitution declares that the dwelling of a citizen is inviolable?” 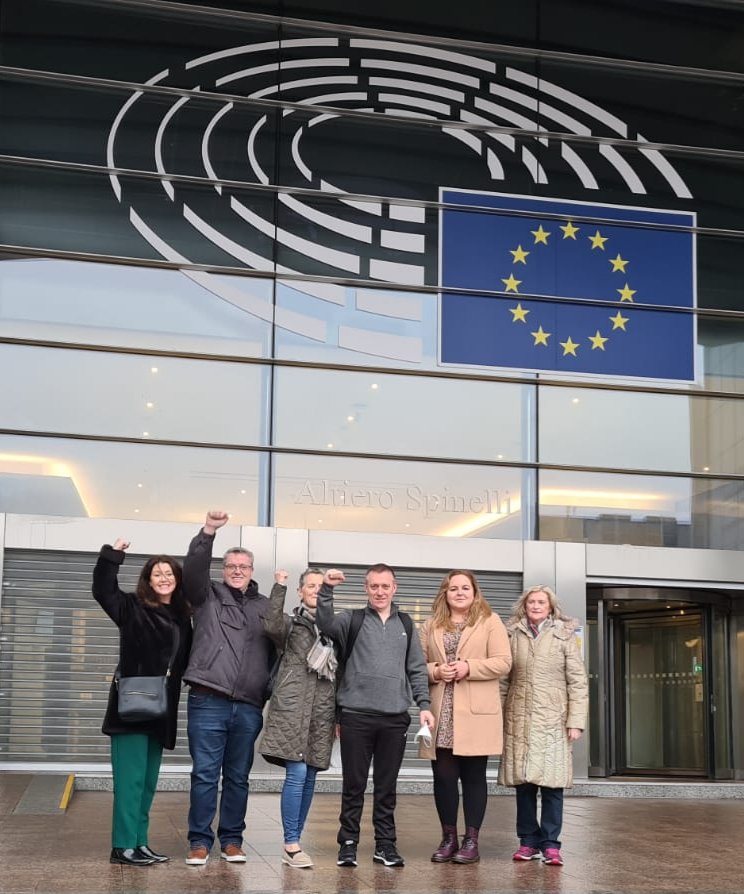 Members of the Mica Action Group in Brussels this week. Photo: @micaactiongroup

Mr Morgan brought the committee’s attention to Irish and EU regulation on construction and planning.

He said the Mica scandal raised significant concerns with planning regulation adherence – “culminating in findings last week that a quarry at the centre of this crisis has never ever had planning permission for the manufacture of concrete block.”

Mr Morgan asked the commission to review the evidence provided by the delegation which points to “light-touch, no-regulation and self-regulation in the construction industry in Ireland”.  He made the case for an official channel of investigation to establish the current levels, or lack thereof, of implementation and enforcement of EU regulation pertaining to the manufacture and use of concrete products.

“We would like mandated enhancements to Irish regulation that will ensure that my children and the children of families in Donegal and Mayo are not back here in 15/20 years explaining to you that their houses are crumbling down around them,” Mr Morgan said.

The committee ruled that the petition would remain open and that correspondence will be made to the Irish government seeking answers on the crisis both locally and nationally.

Speaking after the presentation, Joe Morgan said it was the best outcome they could have hoped for.

“PETI will now decide which other mechanisms or committees at EU level will be asked to examine this issue to help support affected families in Ireland.  Further, there was agreement that PETI would write to the Irish Government and seek clarify on the issue and how it is being addressed. ”

Ann Owens added: “It was incredible that a grassroots lobby group from Donegal has succeeded in bringing a campaign from a kitchen table to the EU parliament.  It is unfortunate however, that this issue has not been effectively addressed at a national level and that it has become necessary to involve the EU.

“Key areas of discussion centred around the deficiencies in the newly released defective blocks scheme (in particular the inadequate sq foot rate/sliding scale) and the potential for an International forum to be established to better understand the impact of mica, pyrite, pyrrhotite etc. on construction products.

“Importantly, a key item under discussion was the possibility of the EU sending a delegation on a ‘fact finding’ mission to Ireland to better understand the defective blocks issue, how it happened and how it is being addressed at both a local and a national level. The MEPs have agreed to report back on this over the next few months”.