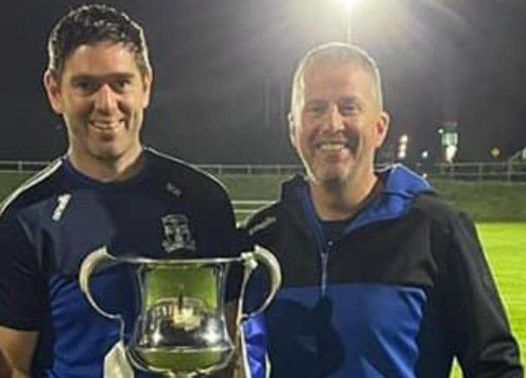 Naomh Conaill thank manager Regan as he steps down

Naomh Conaill have thanked senior manager Martin Regan after it was confirmed he was leaving his post.

Manager and coach Michael McLaughlin made their decision earlier this week.

Despite losing to St Eunans in the Dr Maguire Cup Final last month, the pair have enjoyed huge success with the Glenties club.

The well-known school teacher was appointed senior manager of the club in 2014 and led them to senior championship success in 2015, 2019 and 2020 with the latter under appeal.

A statement form the club said “All at Naomh Conaill would like to thank our senior team manager, Martin Regan & coach Michael McLaughlin for the unbelievable work they have done with our senior team. They have both taken the decision to step away from their respective posts with the senior team.

“We owe them a massive debt of gratitude for the incredible success they have brought to our club. Under Martin for 7 years and Michael & Shay who joined in 2018.

“We have been in county finals on a regular basis & they have cemented our position as one of the top teams in Donegal.

“We wish them all the best in the future & we hope they enjoy the break.”