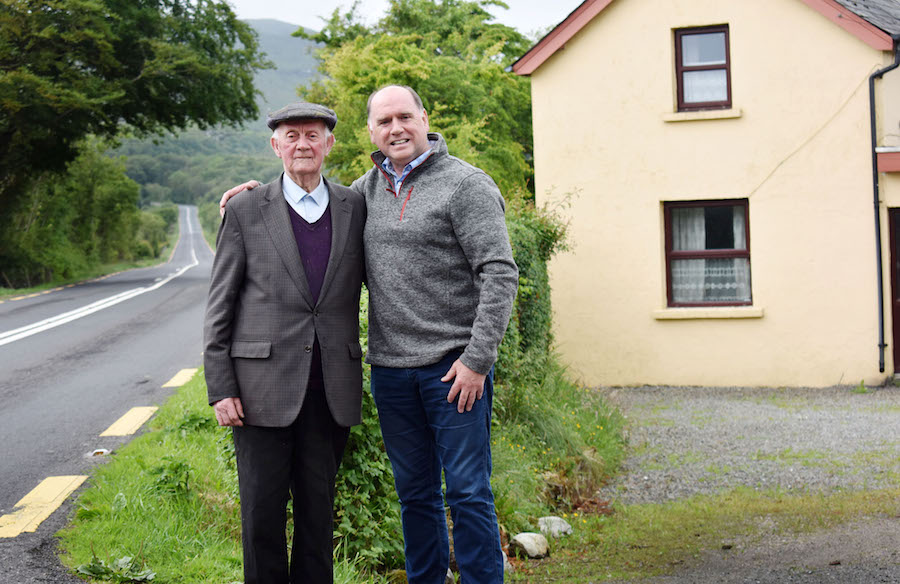 Renowned rally driver Andrew Nesbitt had mourners captivated when he paid a special graveside tribute to Termon man Hugh McGinley who passed away earlier this week.

Businessman Nesbitt revealed the unusual relationship he struck up with Mr McGinley who was found deceased at his home in Termon on Sunday evening.

Mr Nesbitt told how in 1995 when he was traveling to his holiday home in Dunfanaghy he crashed.

So severe was the crash that Nesbitt was trapped under the vehicle after one of his hands became stuck.

He used his other hand and the key of his front door to dig himself out after several hours and made his way to the nearest house in the early hours of the morning looking for help.

He was met by Hugh McGinley who lived in the house in the townland of Barnes with his sister Margaret.

Nesbitt kept mourners spellbound for more than seven minutes as he told of the decency of the late Mr McGinley and his sister to a stranger calling to his home in need of help.

He was wrapped in bedclothes and given tea before being driven to hospital.

There were some light-hearted moments during the tribute when the rally driver told how Mr McGinley appeared a very careful driver never getting above 15 mph when driving him for medical attention to Letterkenny hospital.

Nesbitt laughed as he suggested he never drove less than 15 mph – even in reverse!

The Co Armagh man told how the pair became good friends and how he often called to the McGinley household with a bottle for Hugh when passing.