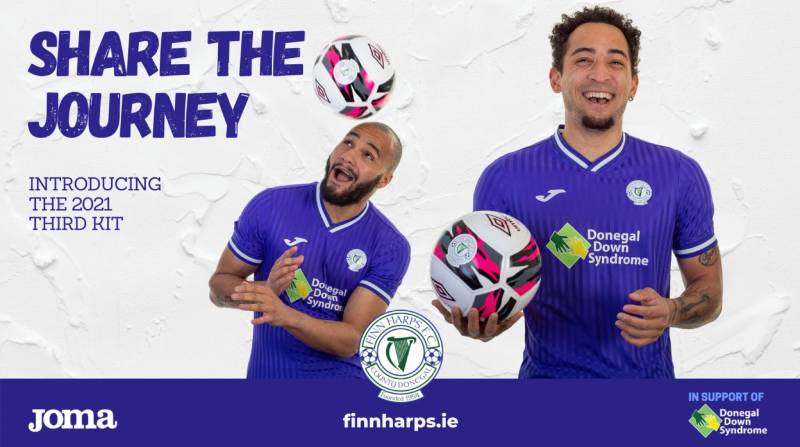 When Finn Harps fan Adrian Ferry posted on social media that he was going to donate €2 to Donegal Down Syndrome for every goal scored by the Harps this season, he could never have expected to raise over €8,000.

After the Ballybofey side released their purple third kit with Donegal Down Syndrome as the shirt sponsor, they announced €10 of every sale of the shirt would go to the charity. Adrian himself wanted to help and raise extra money and came up with his idea.

Adrian said: “It was just an idea I had when Harps released the jersey and Donegal Down Syndrome was announced as their charity sponsor.

“The reaction to the jersey launch online was unreal and I loved the jersey too so I thought it would be something extra to do for the charity over the season and it might raise them a bit more money.”

The amount raised currently stands at €8,317 with the donation page closing today. With the initial target being to raise €3,500, it’s fair to say the fundraiser has exceeded expectations. 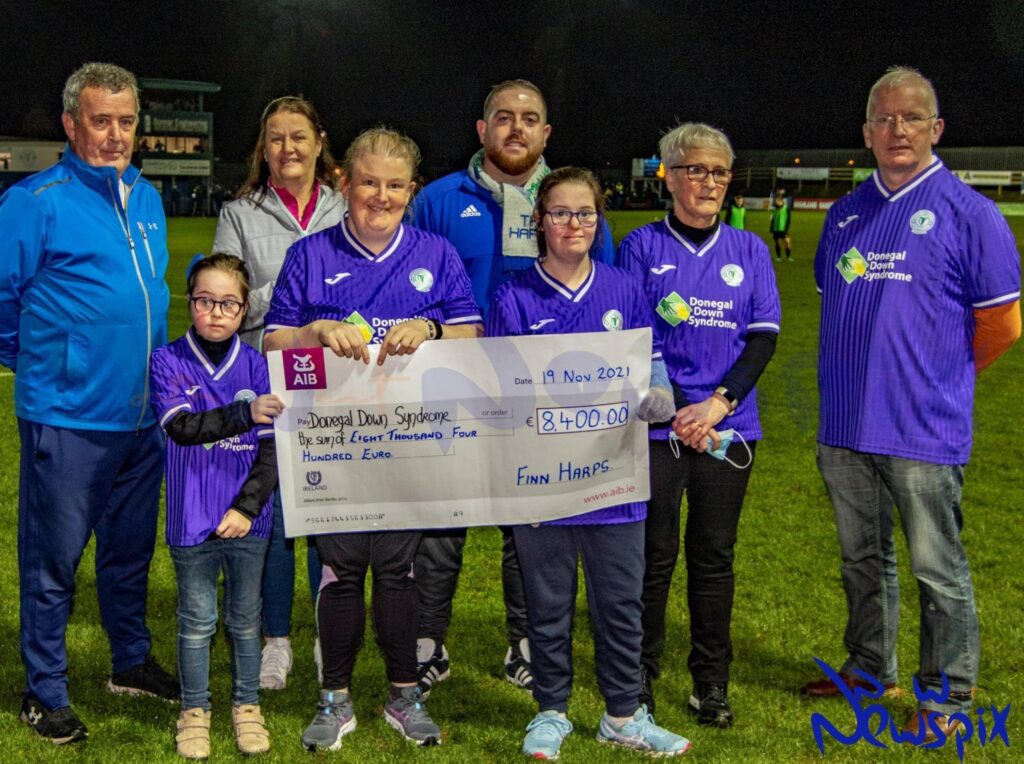 Adrian Ferry (back-row, right) on the pitch at half-time of Finn Harps VS Longford Town as a cheque is presented to Donegal Down Syndrome.

“At the start I thought it was doable. I put up a message online about it to see if anyone would want to join and received loads of responses that people would join in for the season so at the start and after the first few games when you see everyone donating after every goal I thought it would be raised easily.

The fundraiser seemed to have spurred the team on as they scored 44 times, the most of a Finn Harps team in the top flight this century!

As a lifelong fan of the club, the man known by supporters as ‘Fez’ knows the power of the Harps support and thanked them for their support for such a great cause.

“I’m always proud to support Harps but the response from the Harps faithful has been brilliant, as you’d expect. As a community fan owned club it’s important to support local causes and the support from Harps fans has been surreal. There’s been Harps fans in the US, UK, Australia & Canada donating.

“You’d see the same names pop up with a donation after every goal and it was brilliant to see some of the first team and ex-players and club legends getting behind it too.

“I’d also like to thank fans of other clubs that have supported it. There’s been donations from Dundalk, Shamrock Rovers, Sligo Rovers and Drogheda United fans as well as supporters of Bayer Leverkusen, Swansea and Seattle Sounders. Just a huge thanks to everyone that supported it – it’s going to a great cause!”