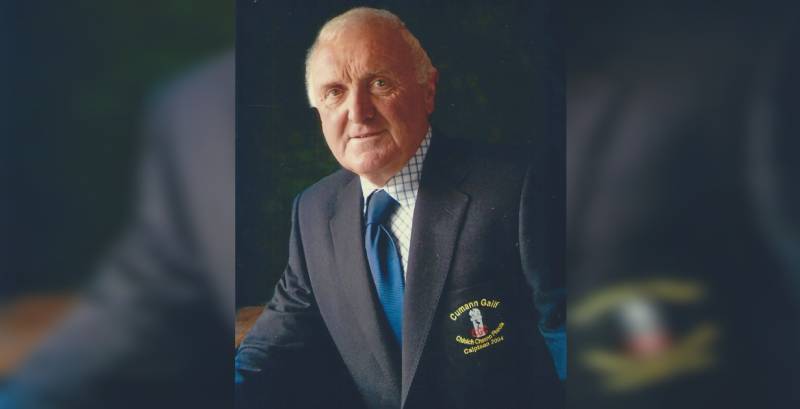 Cloughaneely Golf Club would like to wish Brian Cannon, one of the club’s founding members, a very happy 80th birthday this week.

In the past few years, Brian can be seen out golfing in Cloughaneely Golf Club with his golf buggy playing a hole or two or practising his short game. A great feat to be playing golf consistently at 79 years of age and still be competitive! He even knocked Brian Geaney out of the shoot-out earlier this year with a super putt. His team also won a Team Scramble earlier in 2021.

From the planning stages in the early 90s, Brian played a crucial role in Cloughaneely Golf Club from the very start and undertook leading roles, like Chairperson of the Development Committee. As well as that, Brian’s own tractor was used in the construction of the golf course and he spent many hours volunteering to help build the club. Cloughaneely Golf Club opened its fairways in 1996 and was officially opened by Peter O’Hara from the Golfing Union of Ireland in 1997. In 2022, the golf club will be celebrating 25 years since its foundation.

Brian taught in Coláiste na Croise Naofa and then in PCC Falcarragh. Gaeilge, History and German were among the subjects he taught there.

Although a keen golfer, Brian’s first love was not golf but rather GAA and he represented the blue and white of Cloughaneely GAA. He managed some GAA teams in the early days at Holy Cross. From 1982 until 1984 Cloughaneely GAA had a very good winning spell and the versatile Brian played in many positions, from centre half back to midfield to centre half forward.

His love for golf blossomed with Cloughaneely Golf Club and for over 25 years he has been an active and valued member of the club. On the committee side, Brian was the first person to introduce 9-hole competitions to the club, a new opportunity to introduce social golf and also an extra revenue earner for many years. He was Club Captain in 2004 and was Club President in 2008. Brian enjoyed his golf very much: a steady golfer for a long time, he represented the club on a few minor League teams throughout the years.

Brian’s wife, Chriss Cannon, has been an integral part of the Ladies Club at Cloughaneely Golf Club from the very start, serving on the Ladies Committee for over 20 years in various roles such as Lady Captain, President, Secretary and Treasurer. She has played a very important role in the club and in the promotion of ladies’ golf.