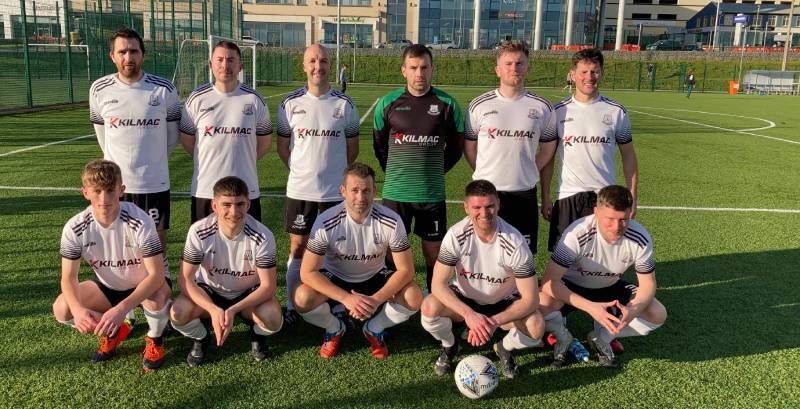 Kilmacrennan defeat Donegal Town in top of the table clash

Kilmacrennan Celtic had the better of the opportunities that came along in the first-half as both back-four defended well.

An early Kilmac corner caused problems for the visitors and Matt McKenna did well to clear a goal bound Michael McLaughlin shot away from close to his goal-line.

McLaughlin had another chance in the 10th minute but miskicked when better contact could have paid dividends.

Donegal Town’s first real chance came in the 18th minute when Joe McIntyre’s cross-shot flew wide. There wasn’t another real effort on goal at either end until on the half-hour Kilmacrennan’s Chris Flanagan fired just over from 25 yards.                 Four minutes later Donegal’s Eoin Slevin did likewise from a 25yards free-kick.

A minute later Kilmac should have taken the lead as Daire McDaid played a super through ball for the unmarked Paul Bradley but the young winger drilled his shot wide of the far post with only Gavin Mulreany to beat.

Kilmacrennan Celtic lost Chris Flanagan with injury, player-manager Gerard McGranaghan replacing him. The final chance of the half came for the visitors as Joe McIntyre made a strong run down the left side and his cross found Stevie Graham but his well struck shot was just over and it remained scoreless at half-time.

Two minutes into the second-half another chance for Kilmac at a corner, but both Caolan Kelly and Daire McDaid had efforts close to goal blocked by good defending.

In the 54th minute another Eoin Slevin free-kick caused an anxious moment for home keeper Liam O’Brien as it curled just wide of his post.

The visitors rung the changes and began to control the game with the fresh legs and two of them combined to create a chance as Tom Cutts setup Daniel McHugh but his well struck shot was well saved by O’Brien.

Three minutes later Donegal Town should have taken the lead. Sub James Byrne pounced on some hesitate defending and burst into the box , he raced across keeper O’Brien but was unable to keep his shot on target and it flew just outside the post, a big let-off for Kilmacrennan Celtic.

A minute later they were ahead, Daire McDaid won a free, Gary Whoriskey floated a beauty towards the far post and the impressive young Cian McMenamin drilled a strong header into the net. Donegal pushed hard for an equalizer in the time left but McMenamin and central defender partner Caolan Kelly held firm to ensure three vital points for Kilmacrennan Celtic and top spot for them during the Christmas break. 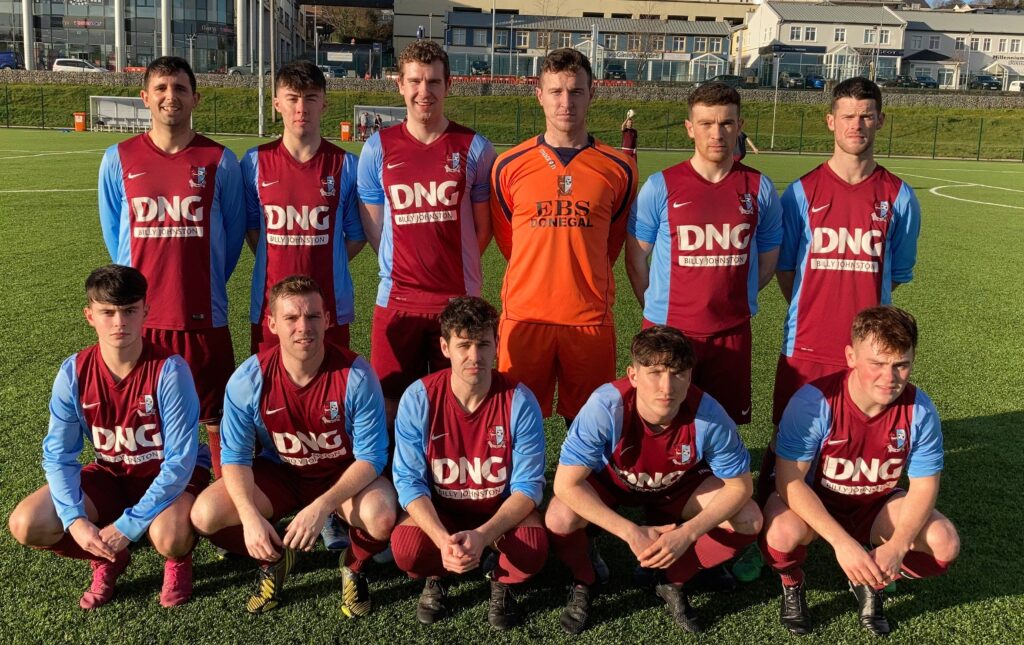