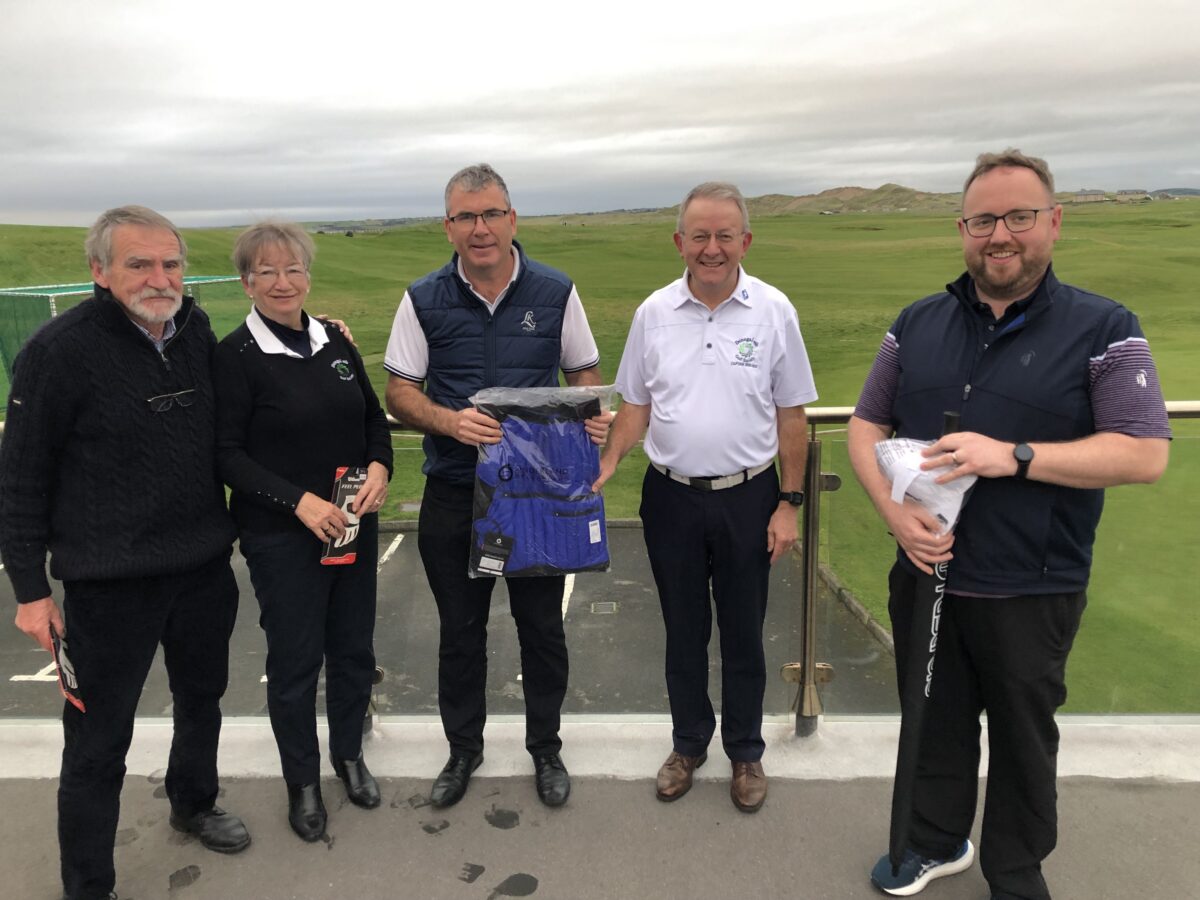 Donegal ETB Golf: Ó Mainín and Monagle neck and neck for Golfer of the Year

The Golfer of the Year standings are finely poised in the Donegal ETB Golf Society after the latest two rounds were played in Portsalon and Bundoran Golf Clubs. Old warhorse, Éanna Ó Mainín and young colt, Ryan Monagle are currently neck and neck after four outings.

Portsalon
Portsalon in mid-October saw the two chief protagonists locked together at the head of affairs on the day. Éanna persevered by the finest of margins after what proved to be a very wet round on the Fanad links, courtesy of a superior last three holes. Rory White was also tied on 37pts back in third with Pascale Gallanagh in fourth place, a point further back with a fine showing of 36pts on a break of tie ahead of local member, Deirdre O’Toole and Danny Conaghan made up the top six prize winners on 35 pts. 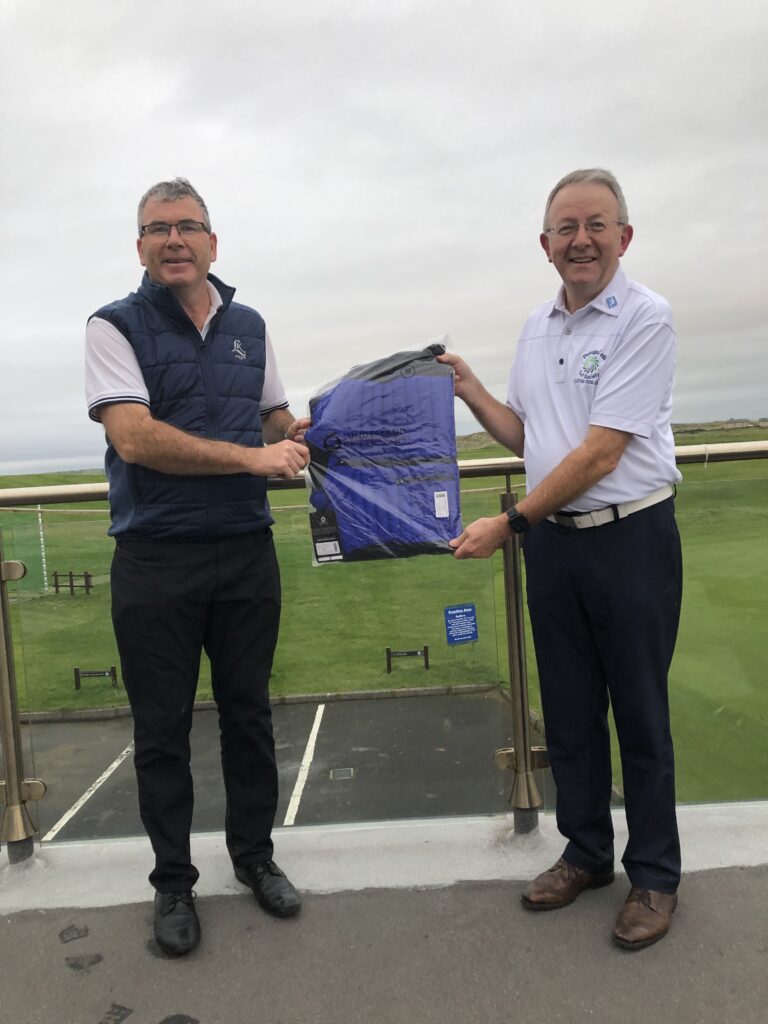 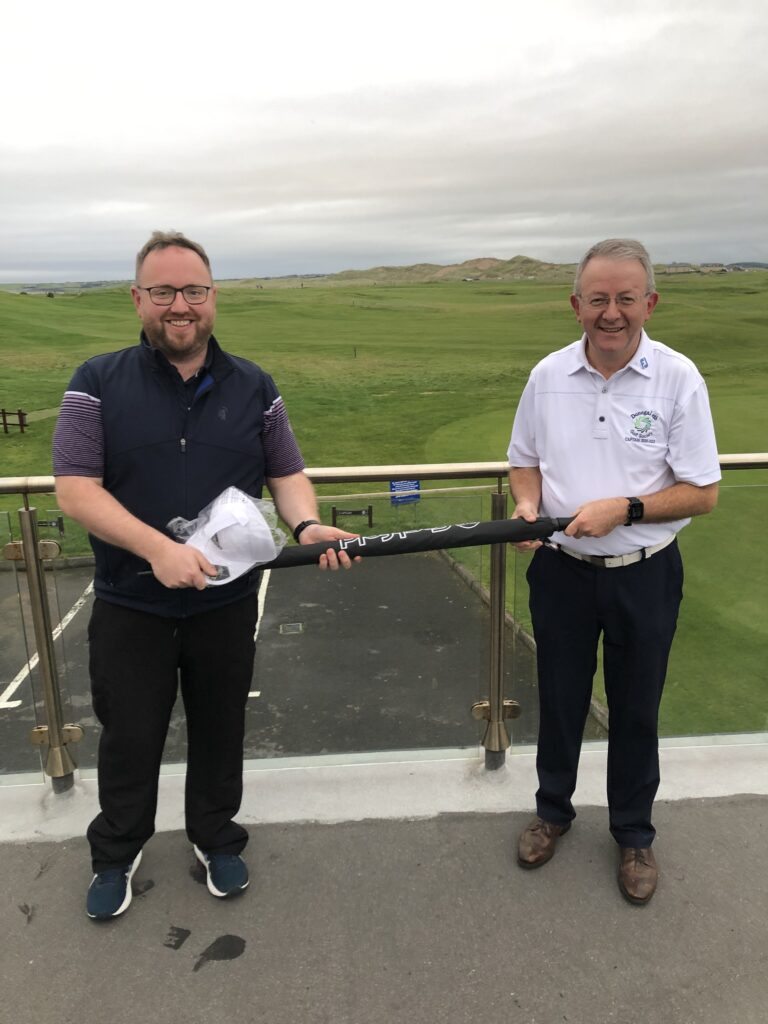 Jim McGlynn, Captain presents Ryan Monagle with fourth prize in the 1st Outing in Buncrana Municipal and second prize in the Portsalon Outing

Bundoran in mid-November was the final outing for 2021. Coming out on top on the day was Ballybofey & Stranorlar golfer, Eamonn McDonnell who made a welcome return to the winner’s circle with a fine score of 36pts. John Bosco Gallagher was runner up on 35pts, another strong back nine saw Éanna Ó Mainín pip ETB Board Member, Patsy McVicar to third place with 34pts on a break of tie. The Retired Staff Category prize was won by Society Captain, Jim McGlynn with 29pts and the Category IV prize was picked up by Ryan Monagle who continued his fine form with 33pts. 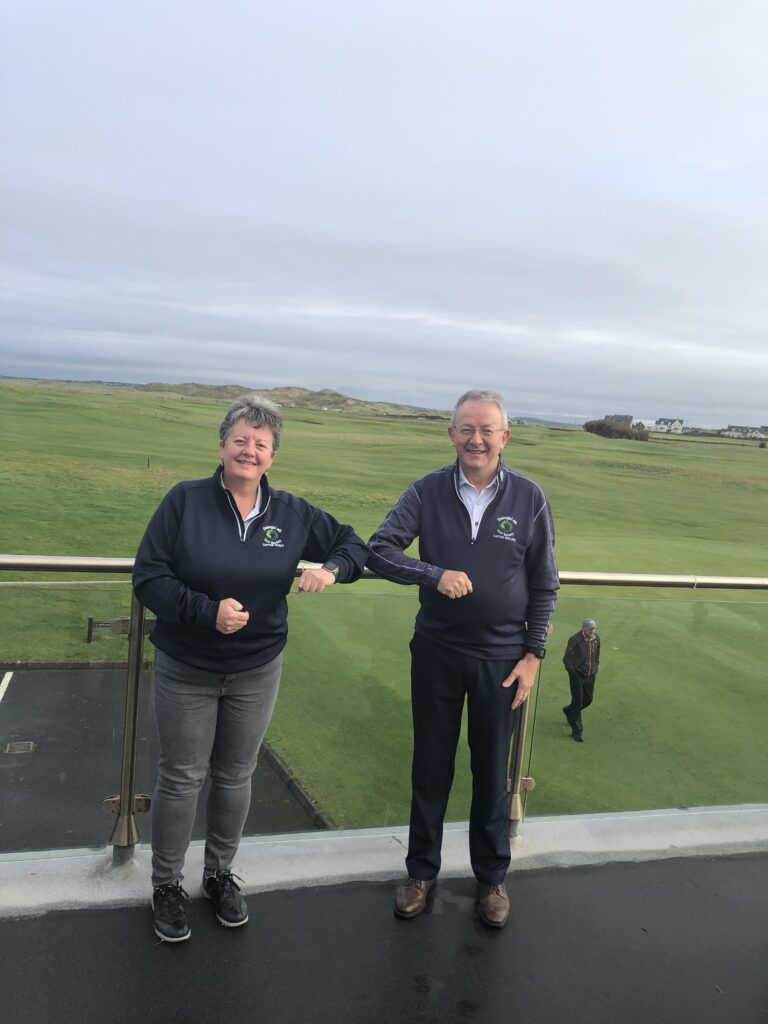 The Society takes a break now until the first week of the new year when Donegal GC, Murvagh will be the venue.

Golfer of the Year standings after four Outings