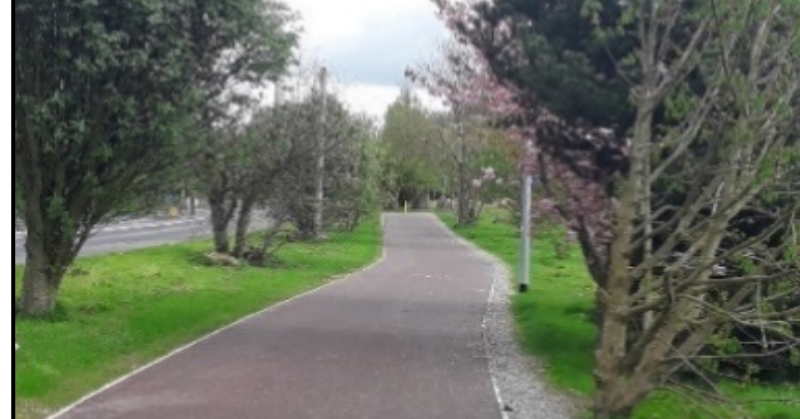 Landowners invited to have their say on Lifford-Castlefin Greenway

Residents/landowners in the Finn Valley area are being invited to have their say on the proposed Lifford-Castlefin Greenway.

Work is advancing on assessing viable route options for the cycling and walking path.

The route would be an extension of the recently completed Lifford to Strabane Greenway, part of the overall North West Greenway Network.

The Council has published route option documentation online HERE for the general public to consult and comment.

Project development have reached a stage where they wish to obtain input from residents/landowners in the area of interest. However, regrettably, due to the current Covid situation, a public consultation event is not possible the usual manner. The Greenways Capital Project team has issued a mail drop (including letter, map and explanatory leaflet) to all known landowners in the area of interest, inviting feedback.

The team acknowledges that the data available may not be 100% accurate. “So some relevant parties maybe missed – if such instances arise, it is wholly unintentional and the team will be more than happy to send out further correspondence to anyone missed but whose contact details are subsequently established,” they said.

The project information is being made available on Donegal County Council’s website, both in the Greenways section and the Roads Service public consultation section. See following link: https://www.donegalcoco.ie/community/nwgreenway/

Donegal County Council welcomes feedback and queries on the project. As part of online nonstatutory public consultation, DCC invite comments and observations on the project from the
area’s residents and landowners which you can email to liffordgreenway@donegalcoco.ie.

Formal statutory public consultations will be conducted as part of the planning process and
this will take place in early 2022. 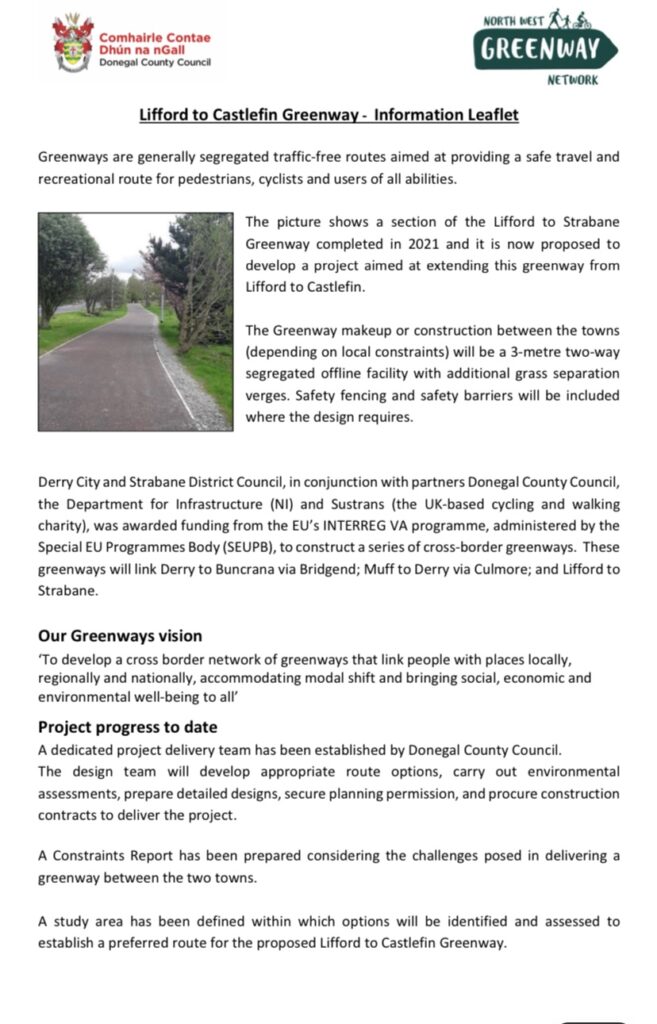 Landowners invited to have their say on Lifford-Castlefin Greenway was last modified: December 9th, 2021 by Rachel McLaughlin
Facebook0Tweet0LinkedIn0Print0