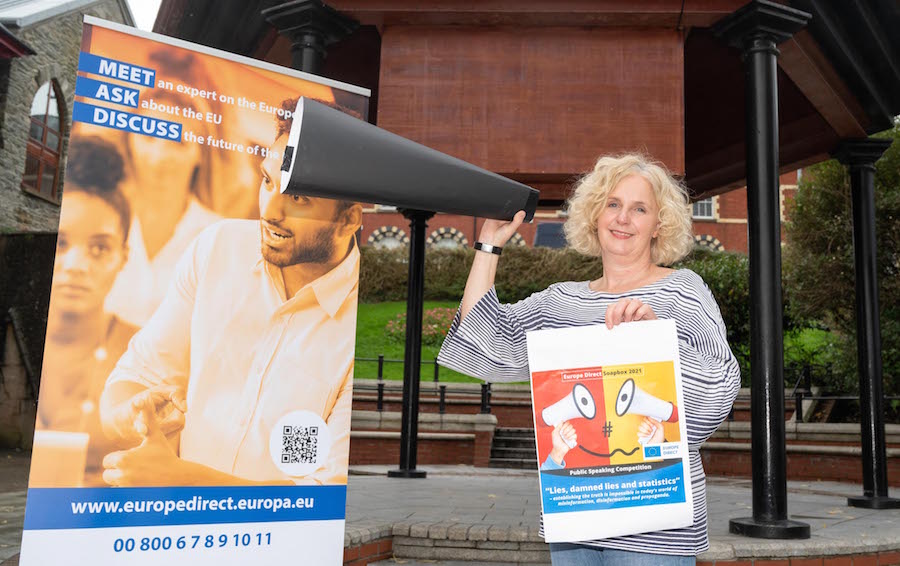 Leahrose and Brian to represent Donegal in National Soapbox Finals

Taking first place in the 16 and under and 17 and over categories, Leahrose and Brian will now represent the county in the national finals.

This year’s topic is, ‘Lies, Damn Lies and Statistics. Establishing the truth is impossible in today’s world of misinformation, disinformation and propaganda.’

18 entrants competed against one another with the standard this year being described by the judges as “exceptional”.

Leah supported the motion while Brian disagreed with it.

According to Michael Margey “This is evidence that it’s not about which side you take, but instead the delivery, substance of your argument and the clarity of messaging and arguments.”

Ciara Cunnane wished the finalists the very best of luck and thanked all participants for entering.

“We were delighted with the level of interest this year and the standard was exceptional. We wish Leahrose and Brian the very best in the national finals, they have done our county proud already.”

Both winners won an iPad and will now compete at the national finals to be in with a chance to win a prize of €1000.

The event was hosted by Donal Kavanagh of Highland Radio and you can watch the Soapbox finale event on Facebook: https://www.facebook.com/edicdonegal/