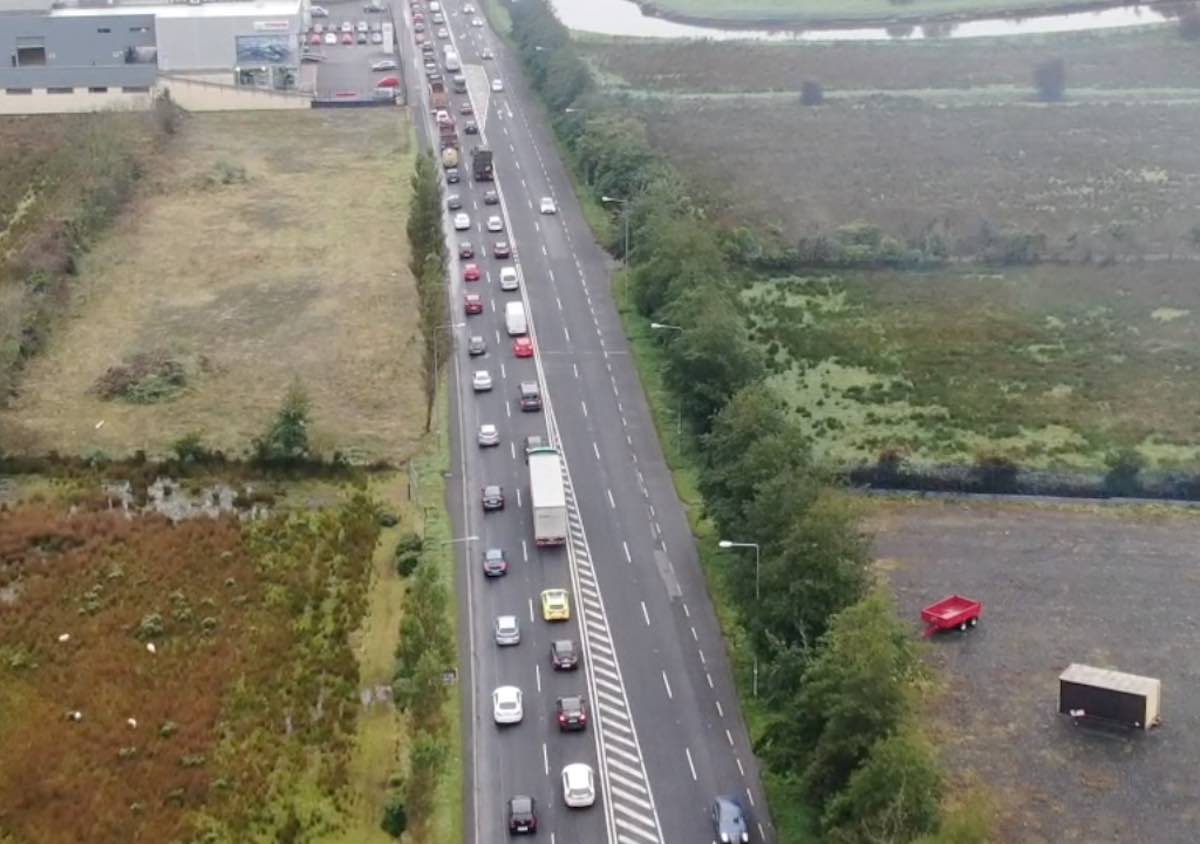 The contractor behind Letterkenny’s new four-lane traffic system has promised that disruption will be minimal over the busy Christmas shopping period.

Members of Letterkenny Chamber met with specialist road engineers, FBEL, yesterday morning for an update on the project to erect a central median and widen the road between the Dry Arch and Polestar roundabouts.

“Recently, they have been working with two teams night and day and are making progress that will be more visible in coming weeks,” a chamber spokesperson said.

The contractor stated that four lanes are open at all times during the day and that will continue.

“There are exclusions for the Christmas period, however the contractor will be continuing with the work (all behind the barriers) up until 23rd December. This will be daytime work only so no night time lane closures.

“They have guaranteed, if there is any disruption during this busy period, that they will reassess and withdraw the teams.”