Parents of children at a Donegal school have been alerted after an attempted online scam.

According to a post on the Glenties Community Development Group Facebook page, an email was sent out by the local St Columba’s Comprehensive about the matter during the week.

The issue relates to an internet scammer attempting to blackmail money from young people.

“All parents and teenagers from the Comprehensive and beyond should take note of this warning and be extra vigilant of people they do not know on social media,” the post read.

“Tracing and revealing the true identity of these individuals is exceptionally difficult, meaning that awareness and vigilance is particularly important.” 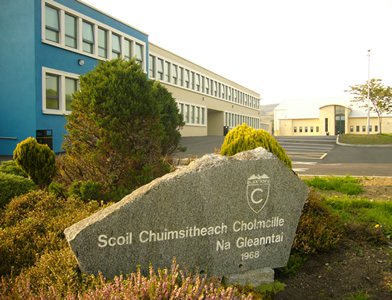 Read the full email sent by school management to parents, below:

We have received a message from the Gardai about the following scam which is affecting some of our students.

The Gardaí want to make the school aware of a scammer who has an account on Instagram and Hangouts.

A lot of the students in the Comprehensive are following this person.

She is posing as a Sandrinez_sanchez or something similar.

She has attempted to blackmail some students in the last week on Hangouts for large sums of money.

One person was asked for €2,000, but the student told their parents immediately; blocked her and reported her account.

This is quite a common scam. The caller then threatens to send the pictures to all of the victims’ friends on social media unless the sum of money requested is paid.

The Gardai are aware of a student who revoluted her €1,500 before approaching his parents.

In general these scammers’ accounts are untraceable and they are not the person in the video call.

Money paid is rarely recovered. Some students and parents have already posted a warning recently on their social media accounts to warn others.”