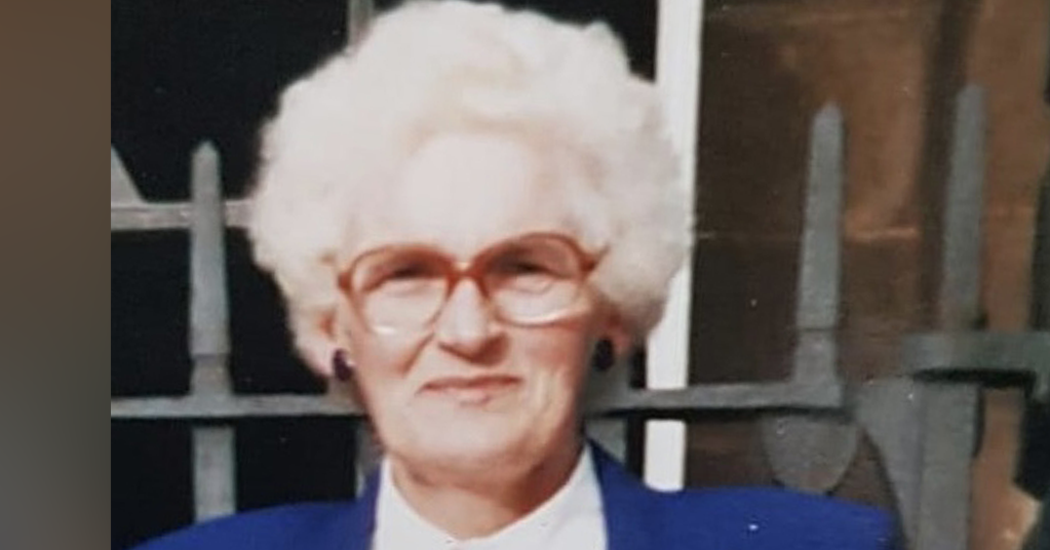 Santa doesn’t do batteries – you learn in our house not to expect batteries in something that came with the wording ‘batteries not supplied’.

My father always told Santa was busy enough on Christmas Eve and would have time to go looking for batteries. Santa had a few shakey years in the early seventies in our house, I remember hearing him in 1968 and seeing the tail of his big red coat delivering a bicycle and a tricycle up the stairs to our two bedroom home in Wolfe Tone Place for me and Nelius. A few years later I remember a train arriving for me, minus batteries. That year daddy couldn’t remember where Santa left our toys for us.

Sadie, our Auntie, became Santa’s helper. She lived three doors over from us at number 24 in Wolfe Tone Place.

She met Santa one year and said ‘look here. Santa, will you leave all the McDaids toys for both 24 and 27 over with me’.

Santa agreed so Sadie enrolled a wee helper, the oldest in our house, me, too collect what Santa had left to take the delivery the final few yards from her house to ours.

A secret Santa of a different kind in different times Sadie Mc Daid.

My father was happy with this arrangement and agreed he would go to bed early Christmas Eve so the rest of our boys would get up with him. That was the plan anyway. But on Christmas Eve he went out for a couple of drinks and when he would come home he would want to sing a few songs, maybe have a wee test bowl of the soup for Christmas Day. And he would forget what the plan was that he should be in bed. Eventually when we pushed him up the stairs he did get to bed. I would head over to my auntie Sadie who would have the door on the push where Santa’s delivery of toys were always there waiting.

It’s amazing how much noise a plastic bag can make when you are trying to be quiet. With the two houses on the corner The front view from the windows facing was too risky in case some of our boys were looking out the window so the journey was made over the back which was pitch dark in those days and perfect for Christmas Eve.

Our Christmas tree had its decorations thrown at it and that old double adapter was plugged into the Sacred Heart picture light. Our coal bucket was filled with clay and wrapping paper covered it up and a real Christmas tree battled for space with the telly in a crammed front room. It was so small that we had a sliding door. 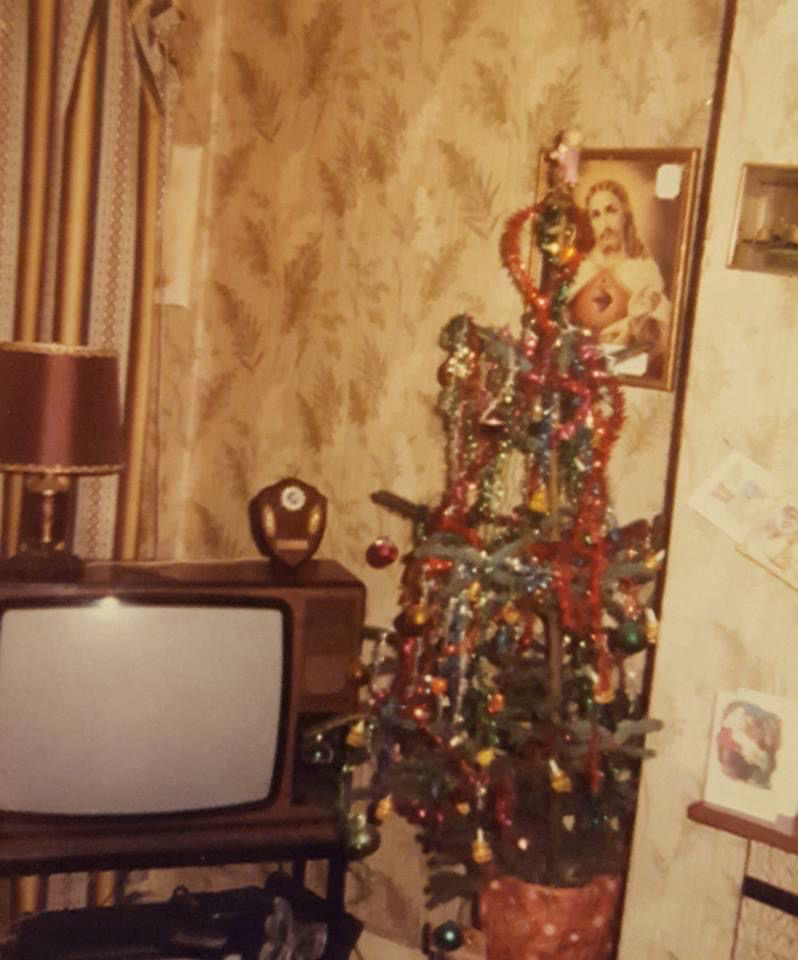 On Christmas morning four boys came battering down the stairs to see what Santa left us. We all were very happy with what Santa got us. Sadie, who never asked us did Santa come. I do believe that only herself, my father and I knew of her arrangement with Santa.

Around this time of year I often think of both Sadie and my mother, both from Letterkenny, both getting houses beside each other in Wolfe Tone Place. Where my mother would shop at the foot of the town in the Savealot which was in the Devlin Hall and was friends with the Dalys that worked in Toyland – these were two shops that I was very happy to play about in when she was having a yarn with her friends. Sadie who was from Burma was friends with Rosha McGuirks as was all her sisters in the Mc Nabb family it was only recently a few years ago in a Christmas annual. 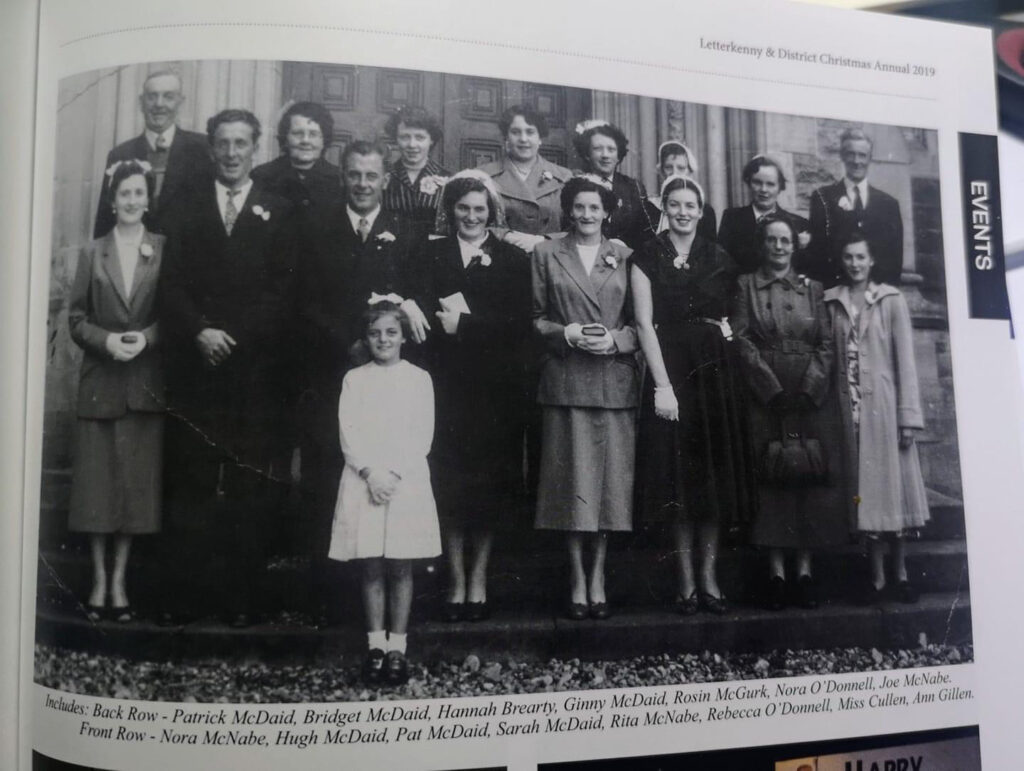 Rosha Mc Guirk a life long friend of the Mc Nabb’s pictured at Sadie Wedding fourth on the right at the back.

When I spotted Rosha McGruik in the wedding family picture of Pat and Sadie it reminded me of Rosha, I remember going down a message to Rosha for Sadie. Her shop on Upper Main Street, was a real old style shop, Rosha lived over the shop and would come down the steps at the back of the counter shortly after the bell that rang as the door opened on the day I went for a message for Sadie I handed her a note which she read taking a couple of looks over her glass at me. She told me to wait there as she made her way back up the steps into the house before arriving back with the message wrapped up for Sadie.

“Be careful taking that up home now,” she added as I left the shop.

Sadie would always look out for you. If she met me out shopping for our house, and if it was in Dillons she would go around the shop to help me with the shopping but would put it into her own shopping basket. Sure I’ll carry this stuff up for you and you can call over for it. If Sadie was living today she would be giving out stink about these tales of her good nature and would have been more than happy for it to have gone without any recognition, but it was help that was provided as a very needy time on the run into Christmas in our house which was much appreciated. 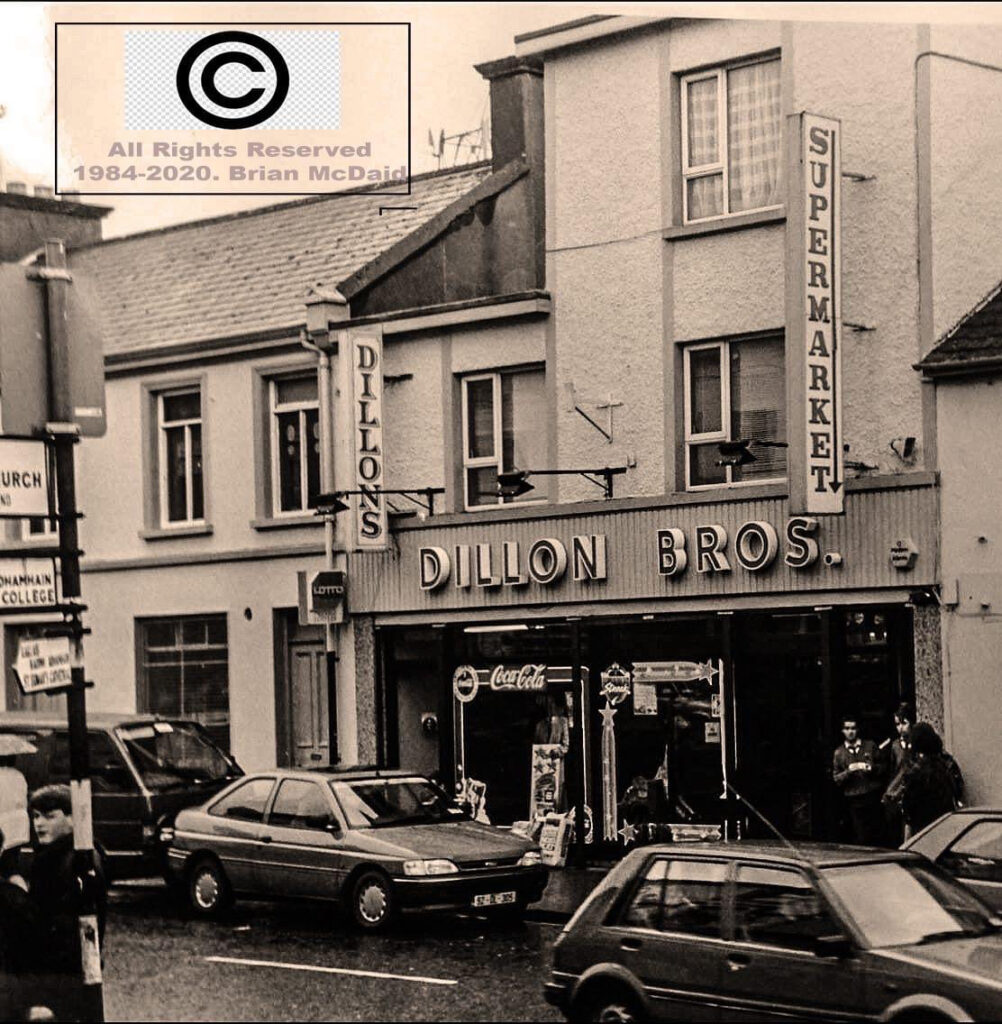 Dillions the big place to do the Christmas shopping in Letterkenny. Photo Brian McDaid 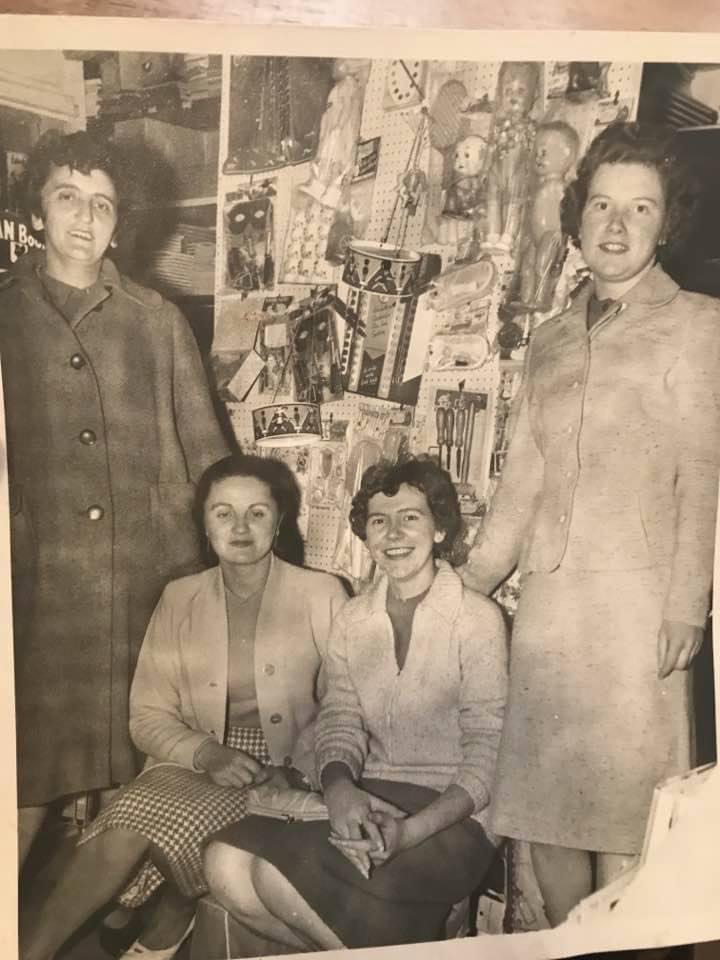 My mother on the left in for one of her chats in Toyland with her friends that worked in there.

On a final note, a call to Ards Friary on Sunday and a wee visit up to my late uncle’s grave is always a very reflective experience. And you always feel that the graveyard high on the Hillside is a location that many call at. And many years since Fr Mark has passed on there have always been lovely kind gestures placed on his grave. Right from the stone name plate that the Daly’s who were neighbours and gravestone makers right to beautiful flower bouquet, and one the run into Christmas over a decade after Fr Mark has passed that still seems to happen and it lovely to see as his family member to see that his life on this earth has not been forgotten. 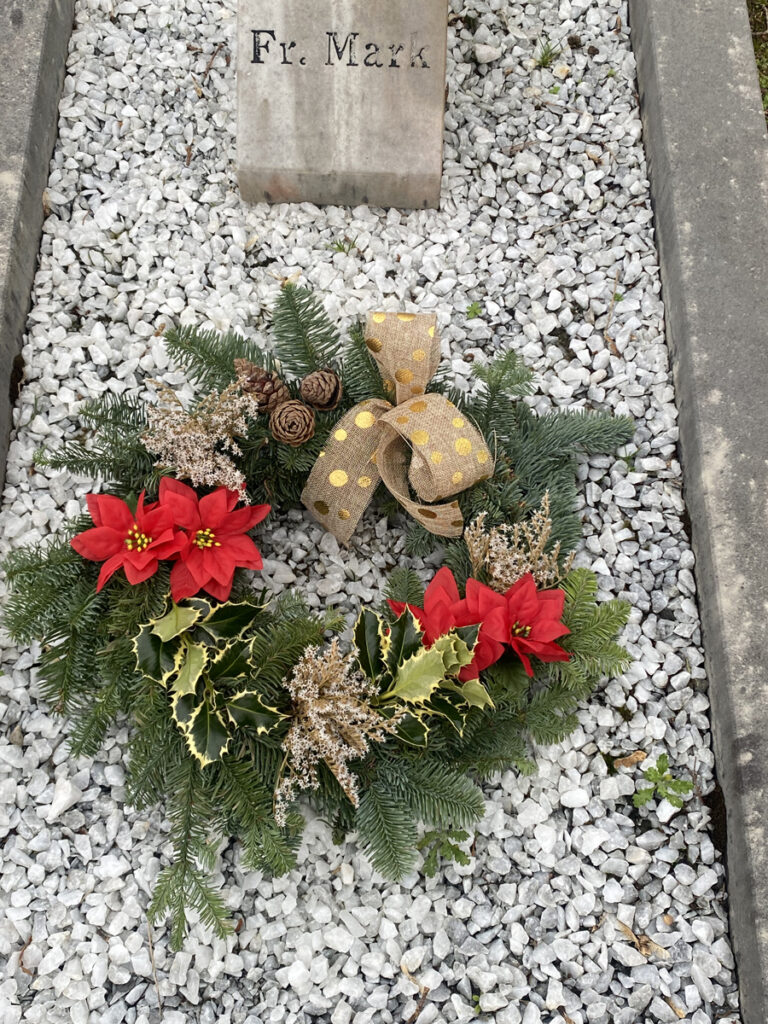 A beautiful christmas bouquet of flower at the grave of Fr Mark Coyle. Photo Brian McDaid.