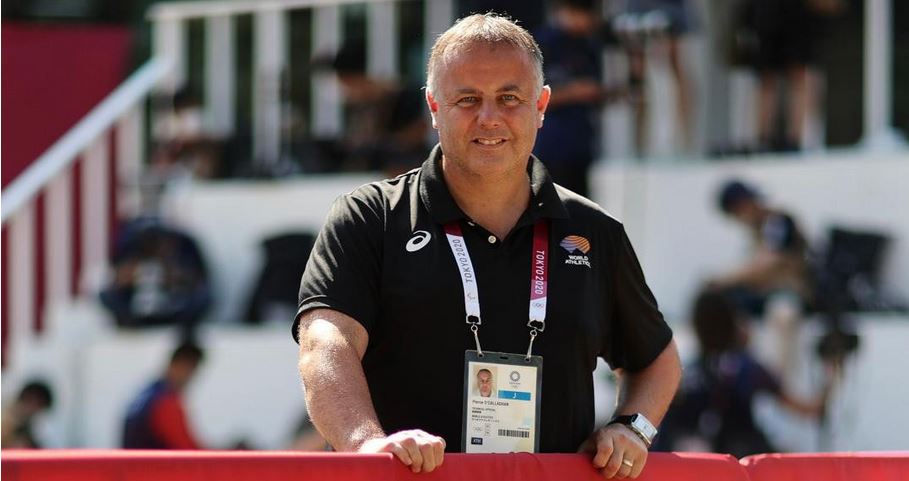 O’Callaghan will be at the Finn Valley campus on Friday, January 14, to launch the publication which celebrates Finn Valley AC’s Golden Jubilee.

O’Callaghan is the first Irishman to hold such a high-ranking position in World Athletics having himself won 16 national titles over varying race-walking distances.

Beyond The Line, Finn Valley Athletics Club, A History, was written by Donegal-based journalist and author Chris McNulty and supported by Donegal Local Development Company (DLDC).

“Beyond The Line serves not just as an outstanding publication to celebrate 50 years of Finn Valley AC, but will be a constant reminder of what is possible for the club and what can be achieved.

“Finn Valley AC’s development – running parallel to its athletic successes – could serve as a blueprint for clubs anywhere in the world.

“I congratulate Finn Valley AC on the publication of Beyond The Line and am delighted to have been asked to perform the official launch of the book.”

He was the brainchild of the recent establishment of the World Athletics Continental Tour.

“It is brilliant for Finn Valley AC to get such an endorsement from World Athletics,” Finn Valley AC Chairperson and founder member Patsy McGonagle said.

“We are particularly delighted when the person concerned is an Irishman holding such a high profile position.

“Pierce’s passion for the sport of athletics has always marked him out. As an athlete, he would’ve been with me at the 2000 Olympic Games in Sydney but for an injury.

“Pierce’s association with Donegal athletics and indeed Finn Valley AC goes back to his childhood days with the family connection through his father, Bernie.

“We are proud to welcome Pierce to Finn Valley AC and are very appreciative of him taking the time out of such a busy schedule to launch Beyond The Line.”

The 240-page book is published by the Buncrana-based Archway Press with design and layout by Mary Campbell.