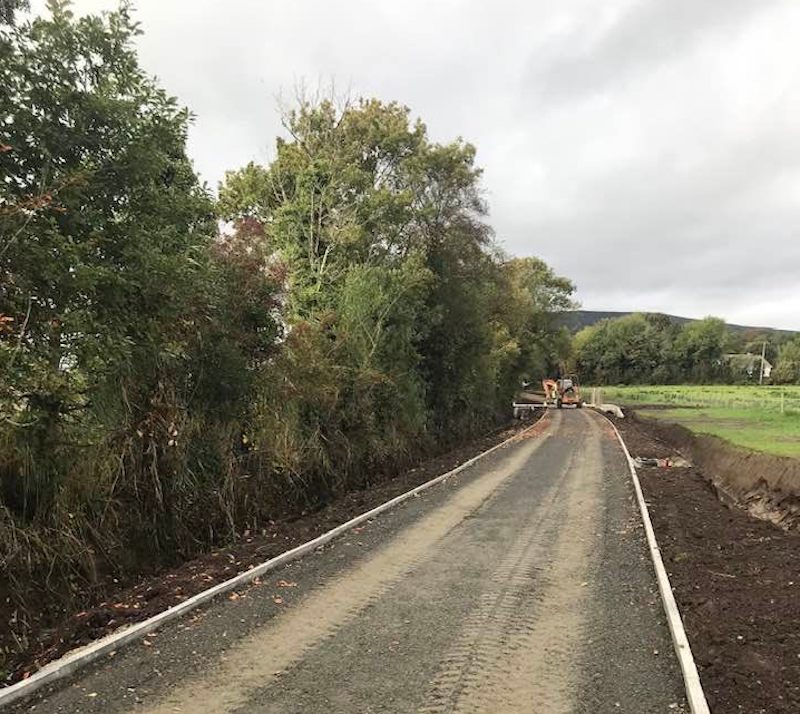 The Muff section of the North West Greenway is progressing very well and is due to be tarmacked shortly.

Local Sinn Fein Councillor, Terry Crossan, said that ‘great credit’ is due to both the contractor and the resident engineer for the quality of the work carried out to date.

“I am informed that the tarmac operation will begin shortly,” Cllr Crossan said.

Next week, Cllr Crossan added, will see road traffic management in place from St Mary’s Hall to the Play Park. This will continue for a number of weeks.

“Hopefully there will not be too much disruption while these works are in progress. I would ask that drivers exercise care and be patient for the duration of the project,” he concluded.