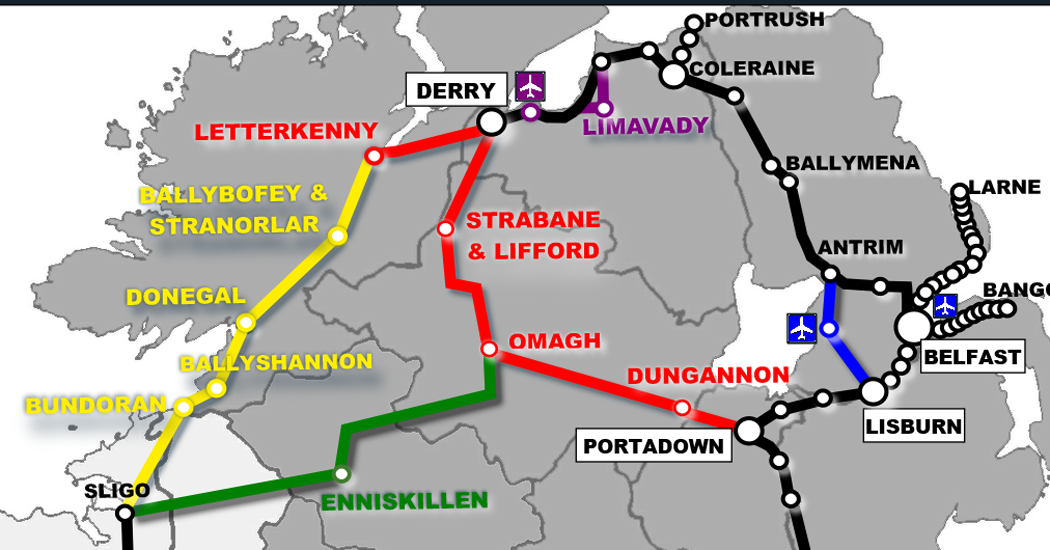 ‘Last chance’ to demand return of rail to Donegal

Local campaigners ‘Into The West’ are reminding anyone who wants to see rail return to County Donegal that the deadline to participate in the All-Ireland Rail Strategy consultation is this coming Friday (21st Jan).

The review is designed to consider how and where rail should be improved on the island, to boost sustainable connectivity and address regional imbalance – with a specific focus on the north-west of the island, where rail links are largely absent.

The Review process has now reached the consultation stage, with members of the public being asked to submit their thoughts on how to improve rail.

Local lobby group ‘Into The West’ campaigns for rail in counties Donegal, Derry, Tyrone and Fermanagh, and sees the All-Ireland Review as a big opportunity for the North-West. It is urging people in Donegal to take part, and has created a list of seven key improvements it’s asking people to demand when doing so.

Chair of Into The West, Steve Bradley, commented “The All-Ireland Rail Review is an important project – taking for the first time a view of required improvements across the island as a whole. We’ve all seen the map of the rail network in Ireland with that massive gap in the North-west corner, and public opinion is increasingly viewing it as no longer acceptable. The strategy that comes out of this All-Ireland Review will hopefully identify ways in which that gap should be addressed.

“Into The West has identified seven key rail projects that would revolutionise connectivity across the north-west of the island. However – a lot of voices will be contributing to this consultation and calling for improved rail in other parts of the island too. That’s why it’s essential as many people as possible from the North-West have their say. We want this to be the largest public consultation ever held in Ireland, and we want the North-West to have the largest number of responses within it – leaving Dublin and Stormont in no doubt that the public demands the return of rail to Donegal.” 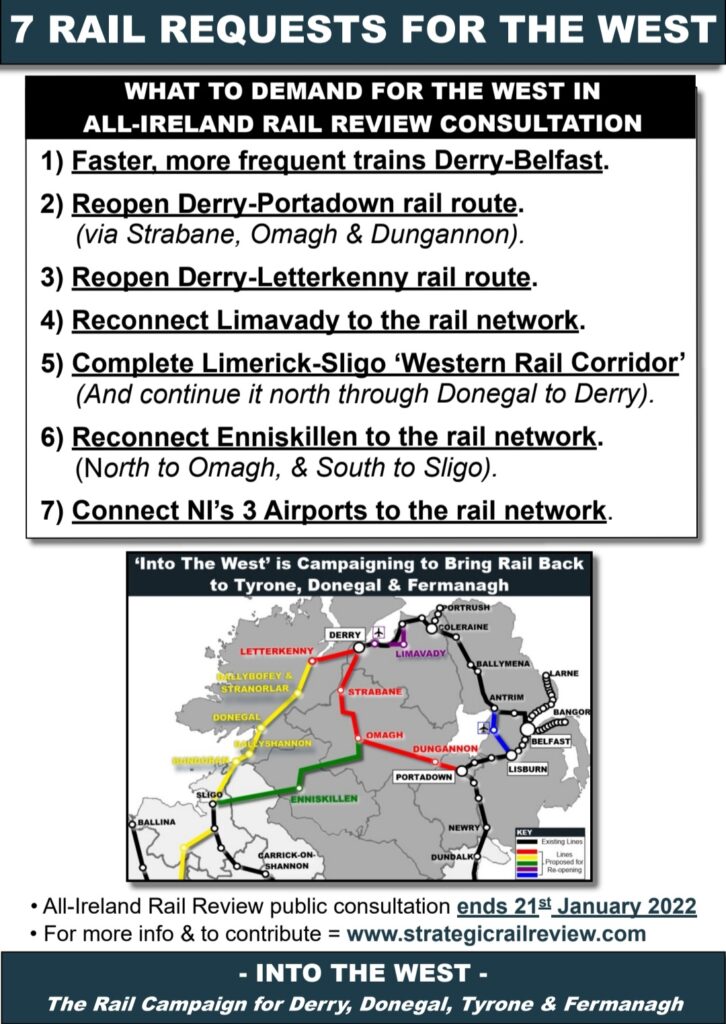 Steve Bradley concluded : “The deadline for consultation responses is this Friday – 21st January 2022. Please take the short time required to take part in it today. And please ensure you request the seven improvements for the north-west outlined above in your response”.