It’s been a successful period for Ní Chuinneagáin, who also was recently named December’s MissQuote.ie Division 1 player of month playing for LYIT and she again showcased why she’s making waves in the National League.

Coláiste Ailigh led 16-6 at the end of the first quarter and 26-8 by half-time and appeared to be coasting to victory.

But the Limerick side roared back into the contest winning the third quarter by 10 points to close the deficit to 28-20 by the beginning of the fourth quarter.

A Ní Chuinneagáin fastbreak and layup made it 34-20 in the third minute of the fourth quarter. But again Laurel Hill responded and made it 36-25 at midway point in the quarter.

However, it was to be Coláiste Ailigh’s day, a neat layup under the basket from Ní Chuinneagáin moved the score to 46-27 and their win was wrapped up by a fastbreak layup from Shauna Ní Uiginn in the final seconds, as it finished 48-27. 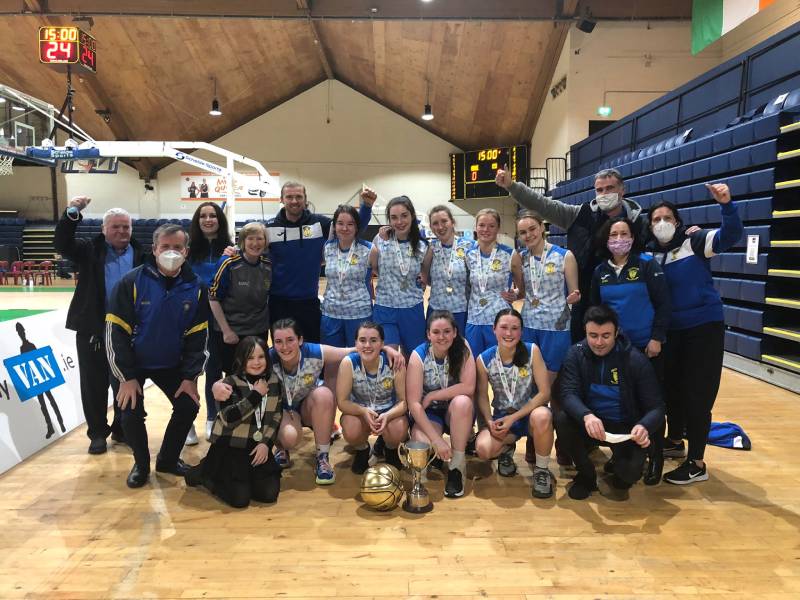 The team celebrating with family, trainers and teachers