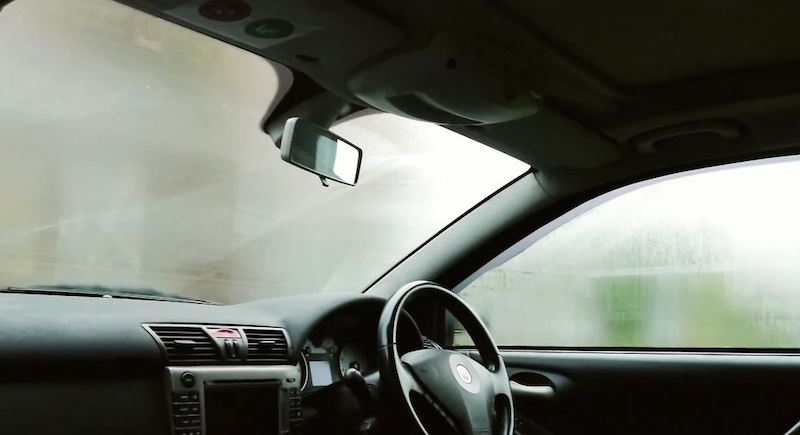 Driver caught in “steamed up” car with girlfriend gets driving ban

A young man who was found in a “steamed up” car with his girlfriend struck another car before being stopped by Gardai.

Christopher Dalton was hit with a two year driving ban when he appeared at a court in Co Donegal following the ‘steamy’ incident.

Gardai revealed the 23-year-old had been parked in his vintage car on Main Street in Letterkenny on June 20th, 2020.

However, he drove off, struck another vehicle but failed to stop.

He was followed by a third party who reported the incident to Gardai.

After checking the incident on CCTV, Gardai spoke to Dalton of Braghy, Ramelton who admitted the incident.

His solicitor Mr Donough Cleary told the court that his client was “in the company of a female” and their car windows were steamed up.

He added “He wasn’t blaming the condensation on the car?”

Mr Cleary admitted his client grazed off another car and was apologetic for what had happened.

He added that his client had since sold the car and had since traveled to Florida to take up a job as a waiter.

Dalton was banned from driving for two years for driving without insurance and fined €150.

He was also fined €100 for driving without a license and a further €100 for failing to remain at the scene.

Two hit and run charges were taken into consideration.

Driver caught in “steamed up” car with girlfriend gets driving ban was last modified: January 20th, 2022 by Staff Writer
Facebook0Tweet0LinkedIn0Print0