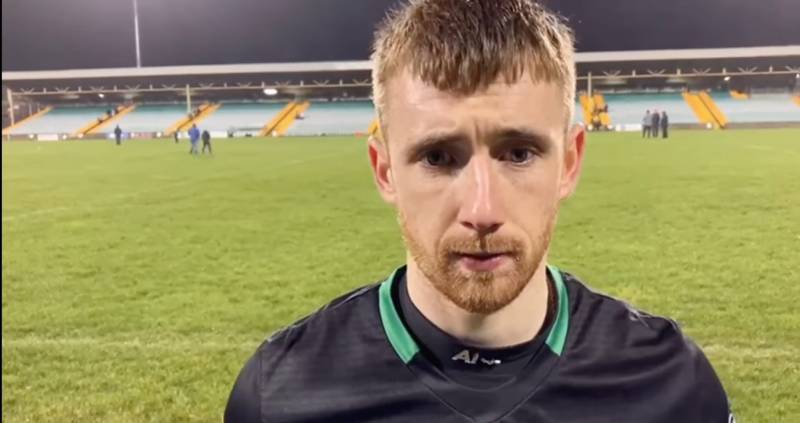 WATCH: McGonagle and Patton after McKenna Cup win for Donegal

Donegal eased into the final of the McKenna Cup last night with a 2-09 to 0-11 win over Derry in MacCumhaill Park.

Caolan McGonagle scored the first goal as Donegal went into the water break a point up and Odhran McFadden Ferry struck before half-time to give Donegal a commanding lead.

McGonagle and keeper Shaun Patton spoke after the game praising their side who were without 10 players due to Sigerson Cup clashes.

Watch the interviews below: