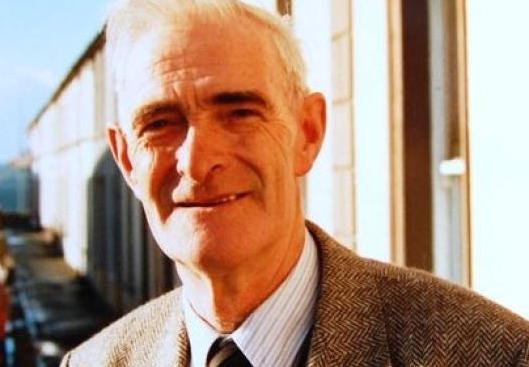 The seaside ton of Rathmullan lost one of its best-loved residents this week following the passing of former hotelier Jim Deeney.

Mr Deeney, was was aged 91 years, passed away on Tuesday.

He will be laid to rest today following his funeral mass at St Joseph’s Church at 11am.

The mass will be celebrated by the late Mr Deeney’s brother Eddie.

Jim and his family have been associated with the Pier H0tel for more than 100 years before they sold the business in 2002.

It later burned down in a fire.

Mr Deeney was very much part of the fabric of Rathmullan society during his years running the hotel and entertained many notable guests.

As well as a hotel manager, Mr Deeney enjoyed other careers including a salesman and also an auctioneer for a time.

But having trained in the Royal Marine Hotel in Dun Laoghaire in Dublin, the Pier Hotel in Rathmullan was where his heart was.

Many locals paid tribute to Mr Deeney following the sad news of his passing this week.

He is survived by his wife Anne, sons Brian, Paul and Brendan, daughters Mary and Eithne, brother Eddie and seven grandchildren as well as a wife circle of friends.