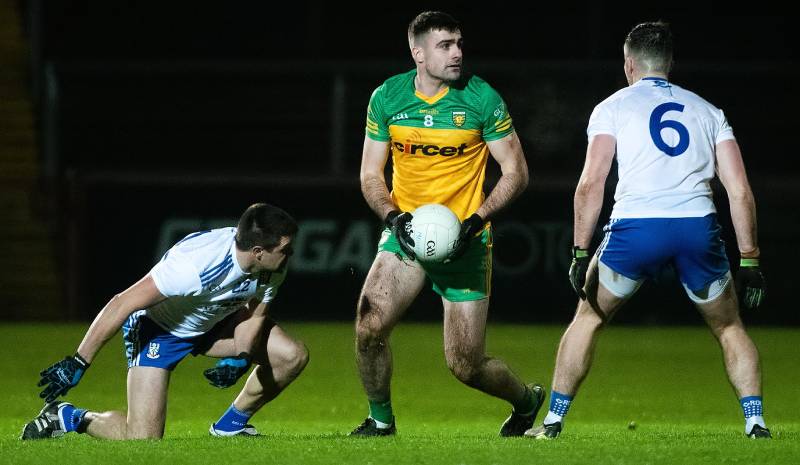 Donegal put in a massive performance in the last quarter but it wasn’t enough to win the McKenna Cup as they lost 1-11 to 0-13 to Monaghan in Omagh.

The first half dominance from Monaghan, including an early Dessie Ward goal, almost gave Donegal no chance at the halfway mark but they battled well with a late flurry of points to put the pressure on.

Donegal started quick and Patrick McBrearty had them ahead after thirty seconds.

Jack McCarron got a point from a free-kick a minute later. 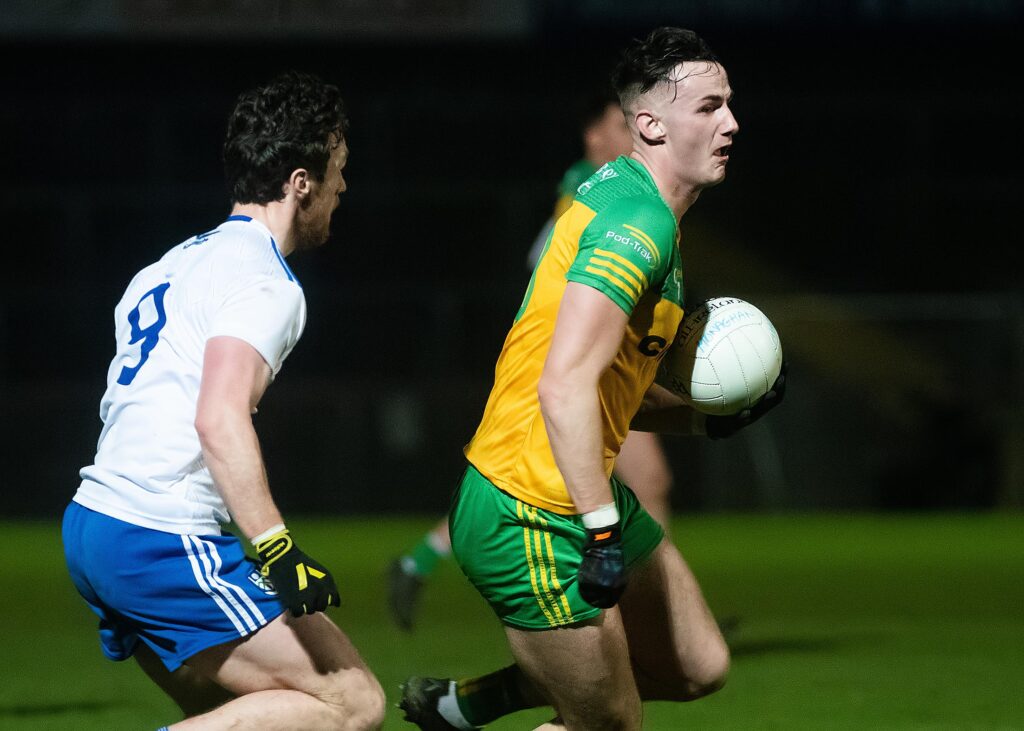 The biggest talking point came after just 4 minutes when McCarron slipped and while on the ground, passed to Dessie Ward who evaded the tackles and fired past Michael Lynch for the only goal of the game.

Ciaran Thompson pointed minutes later and could’ve had Donegal ahead when he was played through and shot at goal but Rory Beggan made a brilliant save. 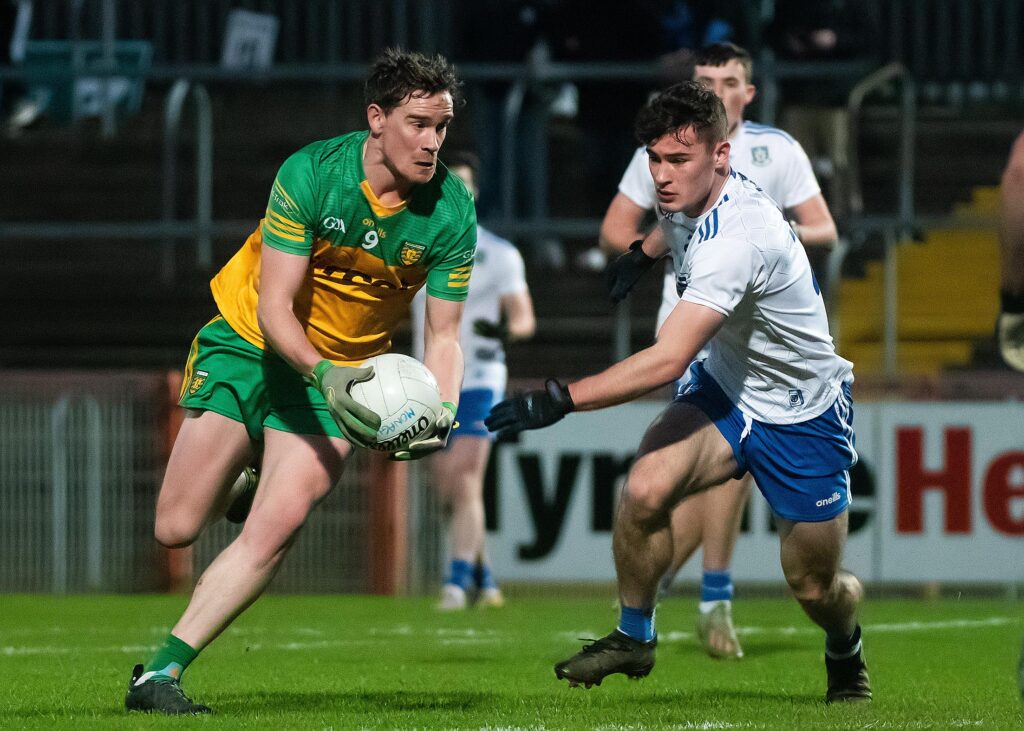 Micheal Bannigan got Monaghan their 3 point lead back and McBrearty scored a free before Bannigan got his second point on the water break.

Monaghan almost had their second goal but Donegal put their bodies on the line to block the shots, the ball then fell to Ward who kick over from off the ground. 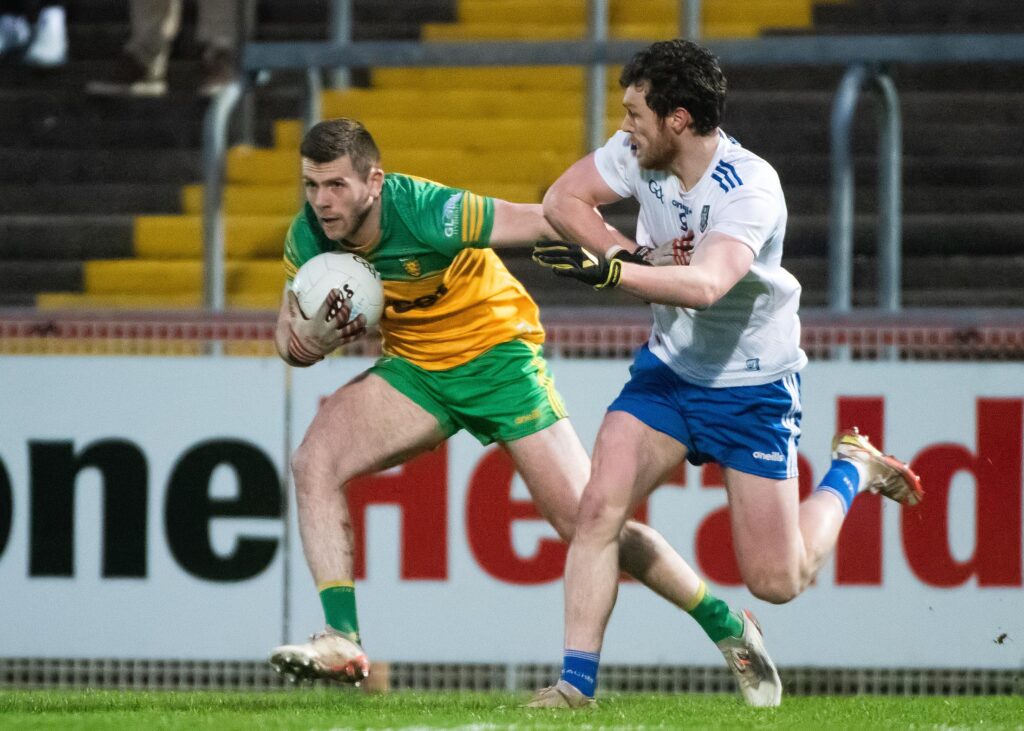 Charlie McGuinness and Bannigan both scored frees before two great points from Andrew Woods and Shane Carey as Monaghan led by 6 points at half-time, 1-07 to 0-04.

The second half began as the first ended, with Bannigan scoring another free and Colin Walsh got his only score of the game.

Monaghan again almost had their second goal as Aaron Mulligan raced through but a fantastic save from Michael Lynch gave his side a lifeline. 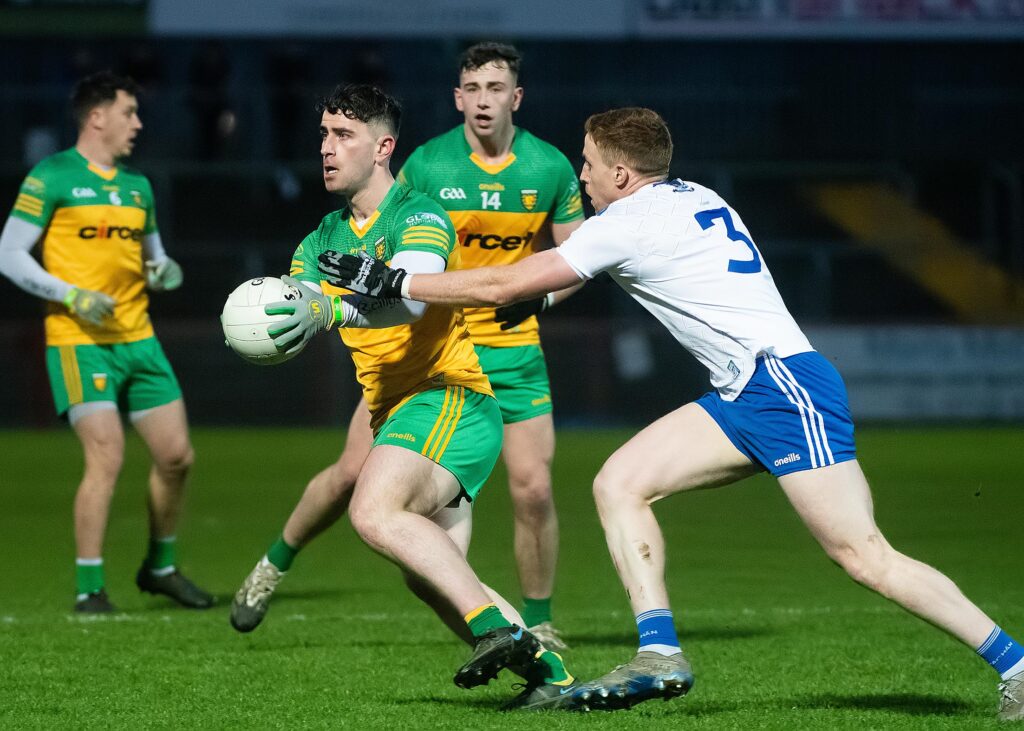 Bannigan scored from another free before Michael Murphy’s free got Donegal’s first point for 23 minutes.

Murphy pointed again from a free and Ryan McHugh got Donegal’s second point from play after 54 minutes, making it 1-10 to 0-07 at the water break.

Murphy scored another free and Donegal had a massive goal chance but McBrearty had to settle for a point. 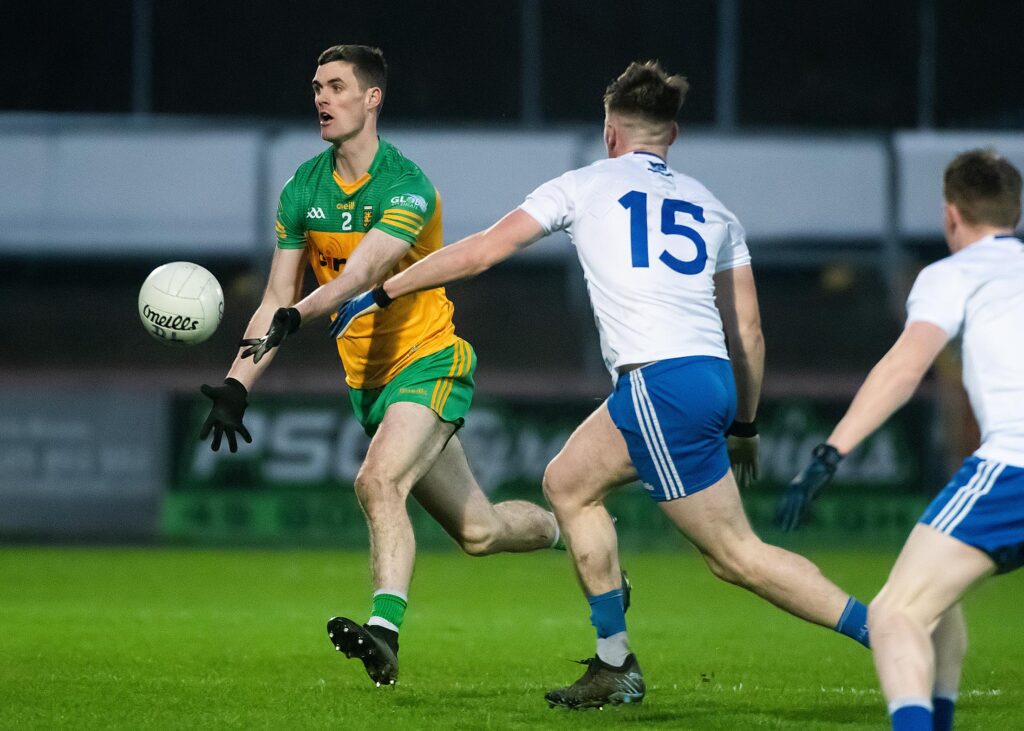 McCarron scored another free for Monaghan as Donegal mounted an incredible comeback attempt.

Murphy scored another free and Michael Langan palmed over before Murphy raced through and palmed over seconds later as there was just 2 points in it in the 67th minute. 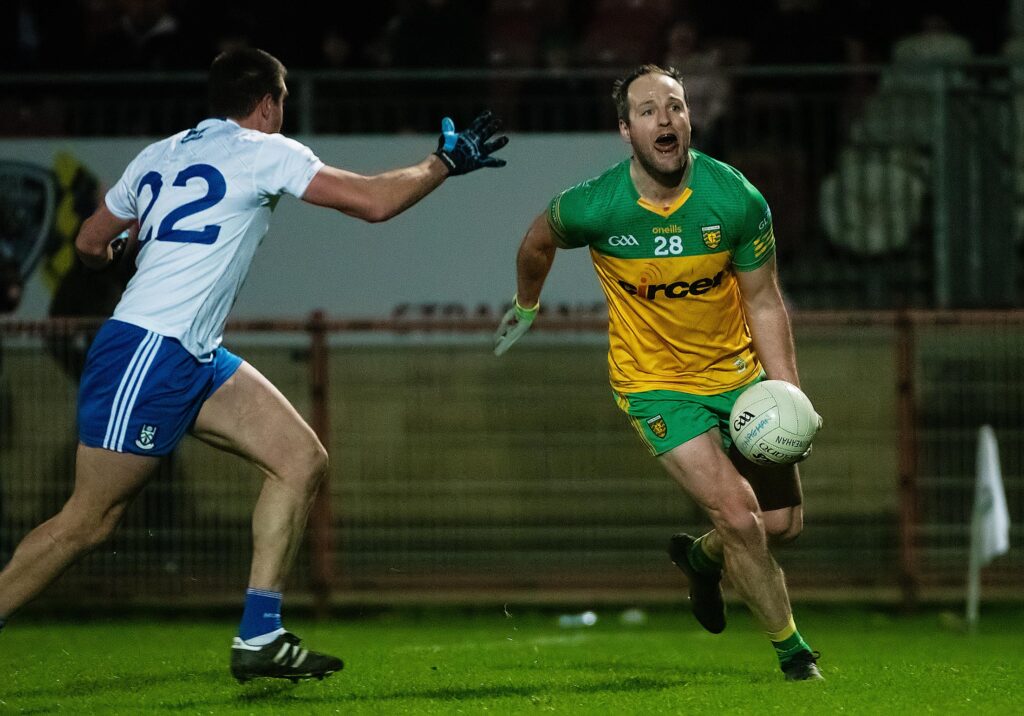 Peader Mogan had a goal chance but it didn’t come to anything and Murphy scored a free with a minute to go in added time.

Monaghan hung on to the ball for the remainder of the time left as they win the McKenna Cup for the 15th time, their first since 2003. 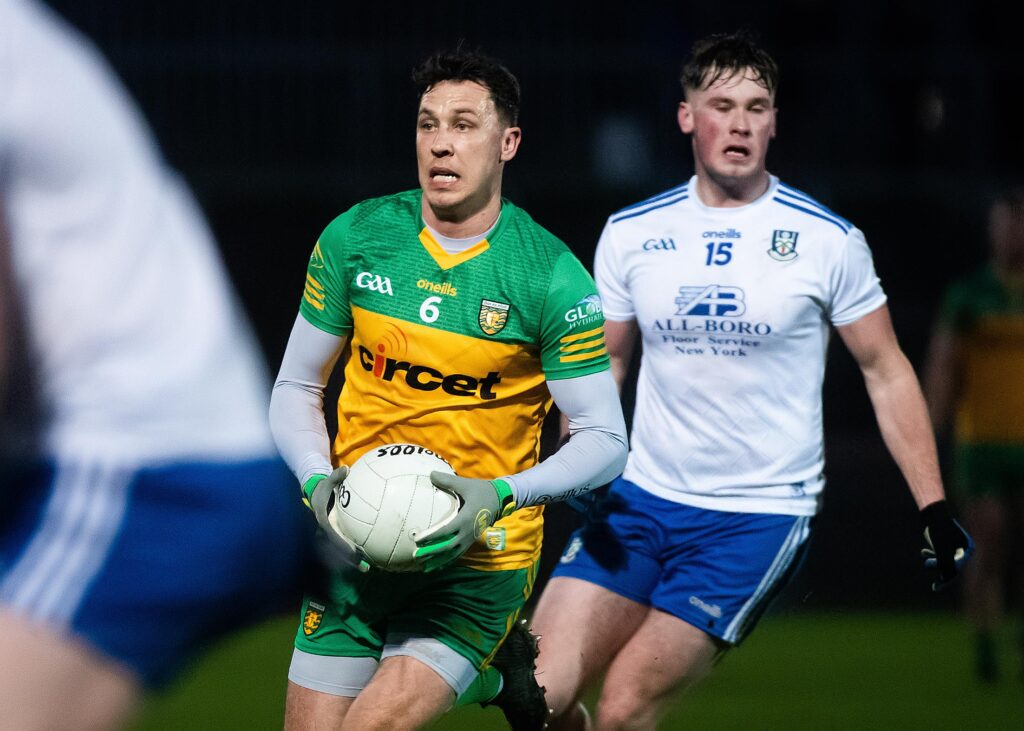