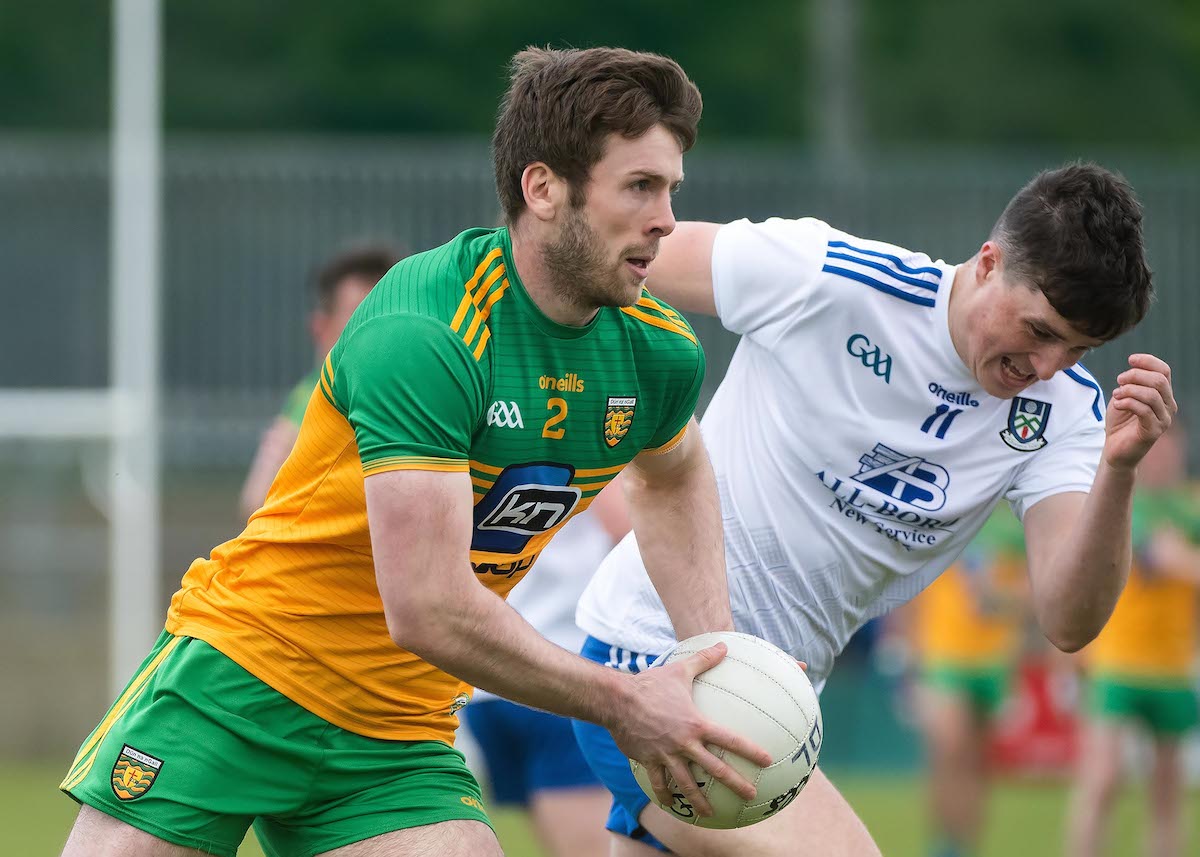 McKenna Cup: Mountain to climb for Donegal in second half

Donegal will be needing a massive second half performance to win the McKenna Cup as they trail 1-07 to 0-4 to Monaghan at half-time.

Donegal started quick and Patrick McBrearty had them ahead after thirty seconds.

Jack McCarron got a point from a free-kick a minute later.

The biggest talking point came after just 4 minutes when McCarron slipped and while on the ground, passed to Dessie Ward who evaded the tackles and fired past Michael Lynch for the only goal of the game.

Ciaran Thompson pointed minutes later and could’ve had Donegal ahead when he was played through and shot at goal but Rory Beggan made a brilliant save.

Micheal Bannigan got Monaghan their 3 point lead back and McBrearty scored a free before Bannigan got his second point on the water break.

Monaghan almost had their second goal but Donegal put their bodies on the line to block the shots, the ball then fell to Shane Carey who kick over from off the ground.

Charlie McGuinness and Bannigan both scored frees before two great points from Andrew Woods and Carey got his second as Monaghan lead by 6 points at half-time.

McKenna Cup: Mountain to climb for Donegal in second half was last modified: January 22nd, 2022 by Staff Writer
Facebook0Tweet0LinkedIn0Print0