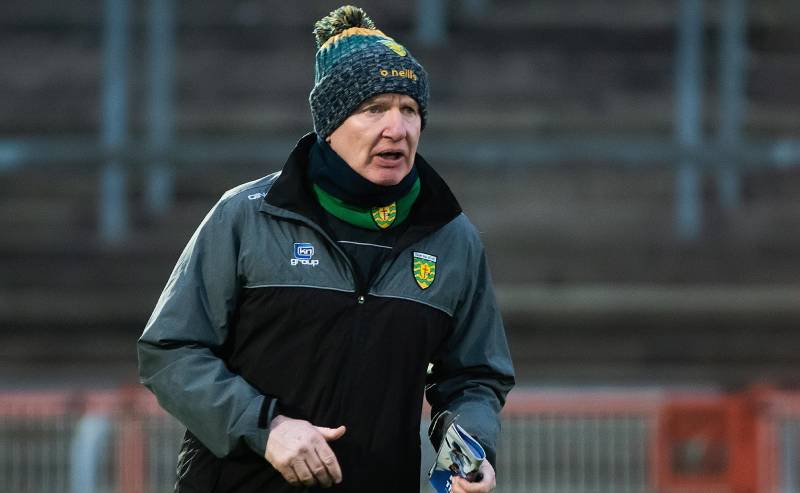 Declan Bonner and Eoghan Ban Gallagher both reflect on tonight’s loss to Monaghan in Healy Park.

Donegal put in a massive performance in the last quarter of the game but it wasn’t enough to win the McKenna Cup as they lost 1-11 to 0-13 to Monaghan in Omagh.

The first half dominance from Monaghan, including an early Dessie Ward goal, almost gave Donegal no chance at the halfway mark but they battled well with a late flurry of points to put the pressure on.

Despite the poor first half, Donegal never gave up and both men look at the positives ahead of the National League which starts next weekend with a trip to Sligo as they face Mayo.

Watch the full interview with Declan Bonner below: