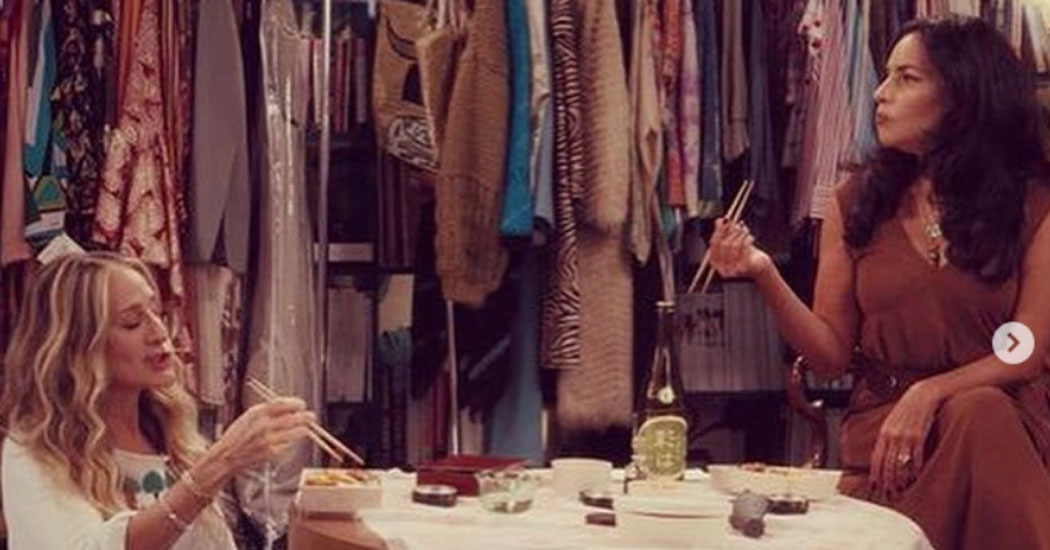 Arranmore-inspired knit features on ‘Sex And The City’ reboot

A piece of Donegal-inspired style has appeared in one of the world’s most famous closets – Carrie Bradshaw’s.

The latest episode of And Just Like That, the Sex and the City reboot, features several peeks at a camel cardigan by Kildare designer Gabrielle Malone.

The knit was a custom Aran stitch inspired by the waves off Arranmore Island, where Gabrielle’s mother is from. Gabrielle told the Irish Independent that her grandmother Margaret Kavanagh and her sisters often knitted Aran sweaters for tourists from America.

Ever since the episode of And Just Like That aired, Gabrielle has been flooded with orders and ‘The Wave’ cardigan is now sold out.

The cardigan is featured in several shots in the background of scenes in Carrie’s Manhattan apartment, where Carrie is sorting through racks and racks of designer clothing. The appearance was a surprise to Gabrielle right up to two hours before the episode aired. The 25-year-old designer had been interning in New York until the pandemic hit, and it was through fashionable connections that The Wave was hand-picked by And Just Like That director, Michael Patrick King, and Sarah Jessica Parker, who plays Carrie.

Sarah Jessica Parker has a close connection to all things Donegal, as she and her actor husband Matthew Broderick regularly holiday outside Kilcar. During her stays, she often champions Donegal design and has given online shout-outs to local companies such as Studio Donegal.