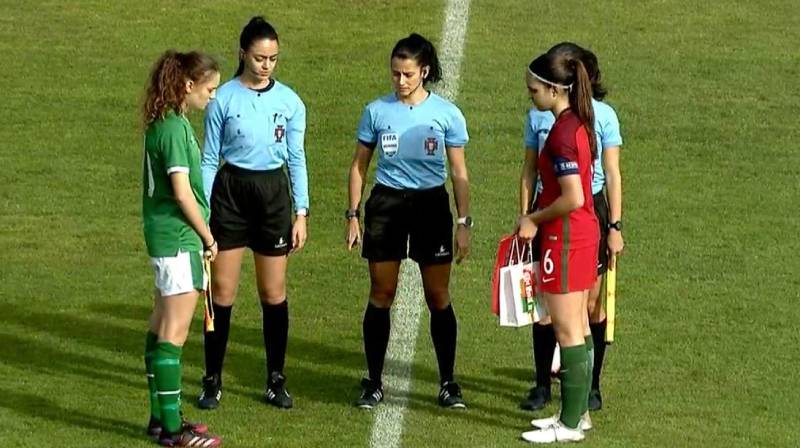 Jodie Loughrey and Orlaith Doherty featured for the Republic of Ireland under-16s in a friendly against Portugal in Beja.

Buncrana native Loughrey captained the under-16s side while Doherty from Letterkenny came on in the 78th minute in the 3-1 loss in Southern Portugal.

Katie Lawlee of Ballingarry AFC got the goal for the young girls in green to level the game after Beatriz Pedras opened the scoring, but a brace from Alice Reto sealed the victory for the hosts.

Loughrey plays for the Donegal Women’s League in the Under-17 Women’s National League, while Doherty lines out for Lagan Harps.

The teams face each other again on Wednesday afternoon.