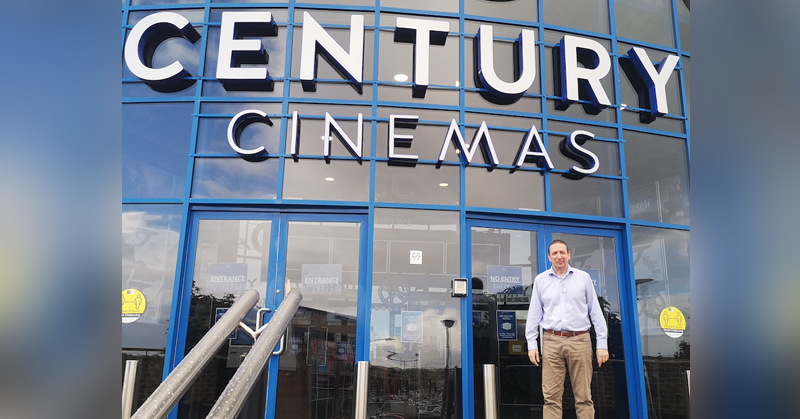 Freedom Weekend: ‘People couldn’t wait to get out’ as socialising returns

Socialising returned in full force over the weekend in Donegal after the surprise lifting of almost all Covid-19 restrictions.

Punters were welcomed back to the pub counter, social distancing signs were torn down, and many friends gathered for a ‘restriction-free pint’.

At Century Complex in Letterkenny, the appetite for entertainment and celebration was evident. While the complex had been able to stay open over the Christmas holidays, there was a greater sense of normality with the lifting of other rules. Evening film showings returned, the Backstage Bar & Grill hours were back to normal and families flocked to the matinees and play centre.

“The public reaction over the weekend was just phenomenal,” says owner Mark Doherty.

“People obviously just couldn’t wait to get out, they were here in huge numbers, it was very positive, very encouraging.”

The number one movie choice of the weekend was Belfast, Kenneth Branagh’s feel-good tribute to his home city, starring Jamie Dornan, Caitríona Balfe and Judi Dench. The reaction, Mark said, has been very positive.

Backstage too welcomed groups of friends and families who were eager to catch-up over meals again.

“People seem genuinely really happy to be out and mixing, from what I’m hearing they were extremely relaxed,” Mark said.

There are still some measures in place to give cinema-goers peace of mind. The hand sanitising units remain, while online bookings are encouraged. Allocated seating is here to stay, and one empty seat will be assigned between each group “until people are much more relaxed coming back to us.”

“Masks are still required indoors unless eating or drinking, just from a reassurance point of view,” added Mark.

And for those who have been missing the popcorn and evenings in front of the big screen, there’s lots more to look forward to. Family favourite Sing 2 comes out this Friday, while Parallel Mothers is expected to be an intriguing Spanish indie drama. A new Jackass movie, Jackass Forever, hits the big screen soon, as does Death on the Nile, a star-studded take on an Agatha Christie classic by Kenneth Branagh. Fans of The Godfather can look forward to a 50th-anniversary re-release in cinemas at the end of February.

After a busy weekend, it is hoped that the sense of relief and relaxation in hospitality will continue long into the spring.

Mark says: “People really want to be out and we really are social animals, it’s good to see that.”

Freedom Weekend: ‘People couldn’t wait to get out’ as socialising returns was last modified: January 25th, 2022 by Rachel McLaughlin
Facebook0Tweet0LinkedIn0Print0